Created 30 years ago amid immense political controversy, the Charter of Rights and Freedoms could easily have become an empty shell. Instead, its guarantees of liberty, equality and fairness have permeated political life and Canadian cultural consciousness.

Yet, for all the contentious issues it has settled, the Charter is poised to become more relevant than ever. A federal government with an ambitious agenda of reform is running headlong toward the one institution that has the power to send it back to the drafting board – the judiciary.

In the past year alone, the Charter has been invoked to preserve a Vancouver safe-injection clinic and to blunt the impact of a federal provision to reduce credit for time served in pretrial custody. Prostitution and assisted-suicide laws are under siege. And a wave of new challenges is surging forward, including to mandatory minimum sentences, electronic surveillance and enhanced police powers.

Prime Minister Stephen Harper may not face strong opposition in Parliament or from the provinces, but his policies are brushing up against more core legal roadblocks than any of his predecessors faced.

Many legal experts believe that the Charter could be used to block mandatory minimum sentences, a crackdown on refugees and measures that will pack more inmates into already-overcrowded prisons.

However, judges caution that any such flexing of their Charter muscle should not be seen as an ideological move. They perceive themselves as being neither supporters nor opponents of any particular government or political viewpoint, said an Ontario lower court judge, speaking anonymously since judges are supposed to steer clear of public policy debate.

"They think of themselves as being sworn to uphold the supreme law of the land, the Constitution," the judge said. "It is all about doing what is just and fair. I think there is a broad range of areas where the courts are saying: 'No, this is simply unfair.'"

The judge said his colleagues will pick their battles carefully in order to forestall accusations that they are usurping the role of elected officials.

With lower-court judges starting to dismantle some legislation, the burning question becomes: What will the Supreme Court of Canada do? Still ensconced in a period of cautious deference to the legislatures, it remains to be seen whether the top court is ready for battle.

"Already, there are signs of pushback from the courts," said law professor Jamie Cameron, of York University's Osgoode Hall Law School. "It's no secret that the Harper government is determined to test the limits of its power, for example, with criminal law, refugee law and Internet surveillance."

The government's biggest courtroom loss came last fall, when the Supreme Court of Canada ordered it to keep its hands off of Insite, a supervised drug-injection clinic in Vancouver. The decision reverberated through the judiciary; serving for many judges as a sign from the top that it will act boldly when a situation warrants it.

And in an aboriginal-sentencing decision last month, the Supreme Court extolled the importance of judges retaining discretion to fashion appropriate sentences, a notion that has been steadily eroded by an influx of mandatory minimum sentences.

Last month, the Ontario Court of Appeal used the Charter to strike down federal legislation in the Bedford prostitution challenge, siding against the federal Crown by decriminalizing brothels and a form of pimping.

Two lower-court judges have also invoked the Charter against federal provisions. One struck down a mandatory minimum sentence for a firearms offence. The other judge whittled down the impact of a measure that slashed credit for time served while a criminal defendant is in pretrial detention.

By citing one another's rulings to lend jurisprudential support, observers said, influential courts impart a sense of solidity to their findings. University of Ottawa law professor Errol Mendes said the Bedford decision was a classic example. "The most long-term impact of the Bedford decision – especially if the [Supreme Court]upholds it – is the way that this highly respected court has tied the issues within it to the Insite reasoning," he said.

Charter battles have evolved into a complicated duel of statistics, empirical studies and expert witnesses. When a judge finds that a Charter guarantee has been violated, the government is then compelled to show that the breach is "justifiable in a free and democratic society."

The key yardsticks in this analysis are whether the goal of the law was important enough to justify breaching a Charter right and whether less intrusive ways of achieving the same goal were available.

After 30 years and hundreds of cases, some decidedly elastic concepts have also been added to the mix – such as whether the law was "arbitrary" or "grossly disproportionate" to the government's goal.

Echoing a widely held view in the legal community, Prof. Stuart argued the provision is so "simplistic and ridiculous" that it could cause the courts to breathe life into a little-used Charter guarantee against cruel and unusual punishment.

In addition, investigative procedures planned for a forthcoming Human Smuggling Bill and the federal Lawful Access Bill, which deals with Internet surveillance, are seen to be in jeopardy.

A bill intended to hasten the exit of would-be refugees from the country without full right of appeal is likely headed for Charter trouble, as well. Already, the Canadian Bar Association has denounced the idea as a violation of Charter rights against arbitrary detention.

Litigants are also challenging the destruction of federal data in the long-gun registry; a federal policy of providing information to foreign agencies even where there is a substantial risk it will lead to torture; and the government's abolition of the Canadian Wheat Board monopoly over Canadian wheat and barley.

Prof. Stuart predicted that a determined challenge will also emerge targeting federal legislation that is sure to swell prison populations. If the situation grows serious enough, he said, the courts could even be asked to impose limits on prison populations as a remedy.

Still, all the lower-court Charter activism in the world will count for little if the Supreme Court does not halt a dozen years of generally cautious deference to legislators. 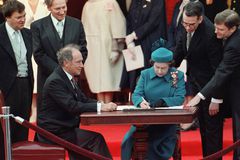 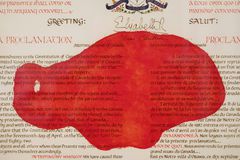