Heading into the uncertain post-McGuinty era, Adam Radwanski looks at key questions that will shape a pivotal and tumultuous year in Ontario politics.

Who will be the next premier?

It's fashionable to point out that compromise candidates often pull off upsets at delegated leadership conventions of the sort the governing Liberals will hold three weeks from now. Still, the likelihood is that either Kathleen Wynne or Sandra Pupatello, the two perceived front-runners, will emerge victorious.

That's because most candidates expected to be further down the ballot – Gerard Kennedy, Glen Murray, Harinder Takhar – are probably too polarizing to grow support on the convention floor. Eric Hoskins could conceivably gain momentum in the unlikely event he's competitive on the first ballot; otherwise, the best shot at coming up the middle belongs to Charles Sousa.

How much will the Liberals really change?

None of the leadership candidates with a strong shot of winning is proposing a huge shift from Dalton McGuinty. But Ms. Wynne, who tilts relatively left, would be most likely to significantly deviate from the government's current austerity agenda.

Ms. Wynne is also more likely than Ms. Pupatello to undertake a behind-the-scenes overhaul – potentially risky, when it comes to planning the next campaign – aimed at addressing unhappiness among Liberals about power being centralized in the hands of a few operatives.

Whoever wins, expect the cabinet to look vastly different.

Will there be a spring election?

The next premier, whoever it is, could be seduced by a post-convention bounce into going to the polls as quickly as possible. But since NDP Leader Andrea Horwath has signalled that she could be prepared to keep the minority government alive past spring, it's not a given that the leadership campaign will be closely followed by a general election.

Ms. Wynne is more likely than Ms. Pupatello to make NDP-friendly compromises, given that leftward tilt and the possible need to get her own team in place. But even she would have to grapple with whether there's enough fiscal room to do so.

Many Ontarians, including some of his own Progressive Conservatives, dismiss Tim Hudak as unelectable based on his dismal first campaign as leader. But much the same was said about Mr. McGuinty, before he successfully reintroduced himself.

Mr. Hudak has laid the groundwork for the same sort of reintroduction, shifting both his demeanour and his agenda to seem less glib. In a province that doesn't pay close attention to opposition leaders between elections, it hasn't been widely noticed. But if there's a campaign this year, we'll find out whether voters like the newer, much more conservative Mr. Hudak better.

Will the Tories' platform be as bold as their "white papers"?

Mr. Hudak has laid out the makings of a rather revolutionary agenda, one that would include everything from wide-scale privatization to "right to work" legislation to merit pay and less generous pensions for the public sector. But his officials are quick to note that these are topics for discussion, not firm commitments, and acknowledge that he won't campaign on all of them.

Still, it would be difficult for Mr. Hudak to back away from some of his more high-profile ideas – private liquor sales are an obvious but not isolated example – without his opponents characterizing him as a flip-flopper.

Is there more to Andrea Horwath?

For the first time in a couple of decades, the Ontario NDP has a legitimate chance at winning government. But its leader has given little indication of what she would do with it, trading in a lot of platitudes. Facing criticism for that, she became almost invisible in the final months of 2012.

NDP officials are hinting that Ms. Horwath will begin fleshing out her agenda this winter. Having previously stumbled when policy discussions got down to specifics, she will need to be prepared for a level of scrutiny she has not previously faced.

How much (more) labour strife will there be?

The year begins with major un-rest in the province's schools, caused by the government imposing new contracts on teachers. It will be up to the new premier to decide whether that's a necessary evil, or to throw some bones to the unions.

There is also the small matter of Mr. McGuinty's legislation giving the government the power to impose new contracts across the broader public sector. There's little chance of that getting through the current legislature, but it will remain a flashpoint if it stays Liberal policy. If Mr. Hudak takes office, there will be a whole other level of conflict.

Mr. Hudak says he would accelerate the government's timetable for eliminating its $14-billion deficit by 2017-18; the NDP (or Liberals seeking NDP support) could push back that deadline. 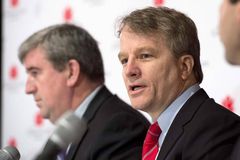 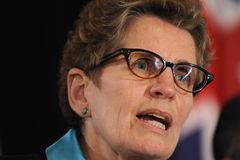