Stephen Harper's hopes for Senate reform lie in shambles, which is also not a bad description of the Senate's reputation.

The Prime Minister expelled Senator Patrick Brazeau from caucus Thursday because he was arrested as the result of a domestic incident.

But Mr. Brazeau had already been in the news. He is one of a trio of troubled senators under investigation for possibly living in Ottawa while claiming their principal residence is elsewhere – the others are Conservative Senator Mike Duffy and Liberal Senator Mac Harb – and thus improperly charging living expenses.

There are unconfirmed rumours that at least one other senator may be in trouble over his or her expenses. The Senate internal economy committee has demanded that all 105 senators deliver proof that they live where they say they live, and not in the capital.

Any other revelations of improper expense claims could only further lower the chamber's reputation in the eyes of the public, if such a thing is still possible.

Nothing is more dangerous for governments than when things start to pile up. The Prime Minister has already been compelled by events to refer his legislation on Senate reform to the Supreme Court for an opinion on its constitutionality.

That legislation would invite provinces to hold elections whenever a Senate vacancy comes up, with the Prime Minister appointing the winner rather than one of his own good and faithful servants.

Mr. Harper punted the legislation to the Supreme Court, not because of any sudden concern over the bill's legality – the government was willing to pass it first and test it later – but because some of his own Conservative senators objected, having concluded that their service to the nation was too valuable to be so quickly dispensed with.

Senators who believe that this too shall pass and quiet return should take a hard look at Question 5 of the Supreme Court reference. Mr. Harper has asked the court to rule on whether the Senate can be abolished with the support of seven provinces representing 50 per cent of the population, or whether unanimous provincial consent is required.

Abolition is, regardless of which rules apply, impossible. Even if Ontario and the four western provinces concurred, neither Quebec (which has not ratified the existing constitution) nor any of the Atlantic provinces (who are egregiously overrepresented) would go along.

But if popular contempt for the Red Chamber reaches a certain pitch, Mr. Harper might be tempted to propose abolition, just to make a point.

In a way it's not fair. Only this week, a Senate committee released a report examining why Canadians paid higher prices for identical products than Americans. The report received decent coverage.

Senatorial committees generally do better work and are less partisan than their House counterparts. Many senators work hard, contribute to their favoured issues, advance important causes. The chamber sometimes sends back to the House bills that were badly written or hastily passed, making those bills better.

But the Senate's best efforts to demonstrate its usefulness are undermined by the actions of some of its members.

Nothing will happen soon. The court is unlikely to deliver its opinion before the end of the year, at the very earliest.The primary-residence question will be resolved, one way or another.

Quiet may, indeed return, at least for a while. But you have to wonder how much damage the Red Chamber can inflict on itself, before Canadians decide it's all too much. 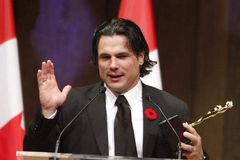 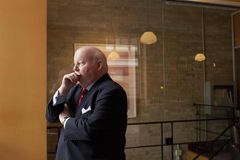 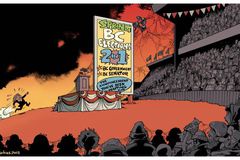 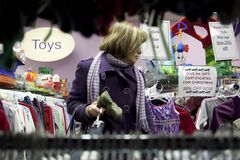 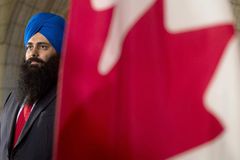