For architects of the long-overdue modernization of the federal Liberals' campaign machine, the reward is moving on to bigger and better things.

Katie Telford, Justin Trudeau's campaign director, is now his chief of staff. Jeremy Broadhurst, essentially Ms. Telford's second-in-command in overseeing the party's operations, is expected to follow her into the Prime Minister's Office. Richard Maksymetz, who as "campaign mobilization director" was front and centre in managing voter targeting, is chief of staff to Finance Minister Bill Morneau.

With Mr. Trudeau's biggest challenge now wielding rather than winning power, it is little wonder he has opted to bring with him people who have already earned his trust.

But in the era of the constant campaign, it is not too early for the Liberals to start asking themselves if the exodus of staff from the party to the government points to a broader danger: surrendering the hard-won organizational edge over their opponents that helped pave their path back to government.

As evidenced by what has happened at the federal level over the past couple of decades, it is common for governing parties' campaign machines to atrophy slowly. When it comes to engaging the grassroots, or experimenting with new methods and technologies, a degree of complacency – and the stubbornness of candidates and party workers who become set in their ways – often contributes to parties in power being leapfrogged by hungrier opponents.

The Liberals have experienced this phenomenon from both sides.

A lack of interest from their leaders in the more unglamorous aspects of organization-building, the relative ease of repeated election wins over a divided right, and civil war between supporters of Jean Chrétien and Paul Martin meant they lacked a good ground game by the time they lost government in 2006. Even in the five years that followed, a minority Conservative government conspired with a sense of entitlement to convince Liberals they were on the verge of returning to power without doing much heavy lifting.

Their disastrous 34-seat performance in the 2011 election proved a blessing in disguise – sweeping out the old guard, and bringing in a new leader unusually interested in the mechanics of his party. With almost no institutional resistance, Mr. Trudeau's officials made up for lost time by trying new things – and going back to some grassroots basics – on everything from volunteer recruitment to data management.

Meanwhile, after running by far the most sophisticated campaigns among the parties, Stephen Harper's Conservatives became the ones suffering from organizational complacency – doing little to update their infrastructure, and regressing on aspects such as campaign-worker training.

So, for the first time in memory, the Liberals significantly outhustled them on the ground, while seemingly making better use of predictive modelling and other modern methods on which the Tories had been pioneers.

Having come so far, so fast, the Liberals seem cognizant of the need not to regress. Reached by phone on Tuesday, party president Anna Gainey insisted the Liberals will "continue to build on the modernizing that we've done in the past couple of years," particularly in the use of technology. (Ms. Gainey and her husband Thomas Pitfield, the Liberals' lead digital strategist during the campaign, may wind up playing even more of a leadership role in such efforts than previously.)

Ms. Gainey noted that e-mail and social media make staying in touch with the grassroots easier now. And she argued that mid-level party staffers will step up to help mitigate the effects of departures.

But other than perhaps on fundraising, the lone significant organizational area in which (despite major improvements) they still lag their opponents, it will not be easy to summon urgency about upping their game.

After winning a majority government, it is hard to resist declaring mission accomplished. Mr. Trudeau, like his top staffers, will not have much time to press his party to innovate. And when the Liberals do try to update their tactics, they might face resistance from incumbents comfortable with the way they campaigned before.

It is unlikely their newfound organizational edge will be reversed before the next election; if they lose in 2019, it will probably be for other reasons. But starting now, the other parties will be playing catch-up. If they want to buck recent history, the Liberals will need to be careful not to get caught standing still. 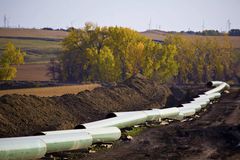 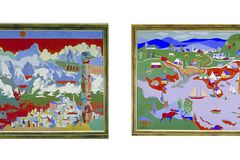 Justin Trudeau’s sunny ways – and a storm on the horizon