The Conservative government is being pressured to halt its plans to bar scientists from entering the research station in northern Ontario that has led the world in freshwater research for more than four decades.

With the clock ticking down on the closure of the Experimental Lakes Area (ELA), opposition MPs are pleading with Prime Minister Stephen Harper and his cabinet to keep the outdoor laboratory open until a buyer can be found.

On Wednesday, the New Democrats will devote their opposition day in the House of Commons to questions about the government's commitment to science and its insistence that the ELA will be closed to researchers on March 31 if no other group is willing to take it over.

Kennedy Stewart, the New Democrat MP for Burnaby–Douglas in British Columbia, will ask the House to agree that public science and an open exchange of scientific information are essential to policy making.

Mr. Stewart will also ask for an affirmation that federal government scientists must able to openly discuss their findings with their colleagues and the public – following on repeated complaints that they have been muzzled. And he will ask for a federal commitment to science across Canada, including "immediately extending funding, until a new operator is found, to the world-renowned Experimental Lakes Area Research Facility to pursue its unique research program."

Closing the facility will save the government about $2-million a year but the cost of remediating the lakes and returning them to their original pristine condition – which would be required if the station were to close – could costs tens of millions of dollars.

On Tuesday, Mr. Stewart asked Fisheries Minister Keith Ashfield about the ELA during the daily Question Period in the House of Commons. Mr. Stewart said scientists are concerned about the logging rights that have been granted in the area.

"With logging companies revving up their chainsaws, the ELA could be transformed from a unique space for scientific experiments to a clear cut," said Mr. Stewart. "Why will Conservatives not do the right thing and agree to extend ELA funding?"

Mr. Ashfield, who is responsible for the decision to unload the research station, has been unwilling to discuss the issue with reporters and previous questions about the ELA that have been asked by MPs in the Commons have been fielded by other ministers. But this time he rose to answer.

"As I indicated earlier, we made the decision that the facility will no longer be a federal facility," he said, adding that there are a number of other places in Canada where freshwater research is conducted.

But scientists say there is nowhere else in the world that they can perform experiments on whole lakes over prolonged periods of time – or that has amassed 45 years of data on the effects of contaminants on freshwater.

"With the closing of the Experimental Lakes Area, there is about to be a loss not only of the specific and unique experiments going on right now, but also of the ability of Canadian science to provide the kind of clear, unambiguous results that only a whole lake experiment can give," said Carol Kelly, a scientist who has been doing research at the ELA since 1978.

"When you work in uncontrolled lakes, near towns, there are so many things happening at once that it's hard to say which factor is responsible for what you see, and uncertainty doesn't lead to sound policy," said Dr. Kelly. "At the ELA, we change one thing at a time, such as phosphorus input, acid rain input, or mercury input, and we see how the whole ecosystem responds. This brings a certainty to environmental policy formulation that no other approach can provide."

Closing of research stations belies Ottawa’s claim that it is protecting the environment
March 19, 2013 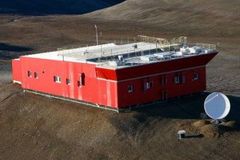 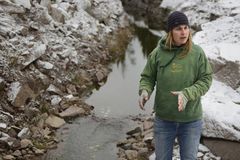 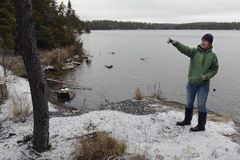