Nigel Wright says he doesn't feel he misled Stephen Harper by not telling him it would be the Conservative Party, not Senator Mike Duffy, who would actually repay Mr. Duffy's expenses as the Senate scandal threatened to engulf the government in 2013.

In testimony Monday at Mr. Duffy's trial, Mr. Wright, the former chief of staff to the Prime Minister, said despite the real source of funds, he told Mr. Harper it was the senator who would repay.

"I didn't tell him that the source of the funds was the Conservative Fund," Mr. Wright said. "I don't think it was a lie. I just think it wasn't on my list of things I needed to check with him."

The issue of why Mr. Wright never told the PM is a major political talking point – and opposition parties have suggested Mr. Harper knew, or was surrounded by aides who did. The Prime Minister had argued in 2013 that Mr. Duffy's repayment closed the scandal, until it emerged that it was not paid with the senator's money.

On the campaign trail, the Conservative Leader has repeatedly faced questions of how widely that plan was known inside his office, and who should bear responsibility.

(Follow @stevenchase and @camrclark for news on the trial as it develops.)

On Monday, he dug in, refusing to address questions about others in his office who knew, according to evidence presented at the trial, including current chief of staff Ray Novak. He said he "refused the premise" of the queries, and Mr. Wright and Mr. Duffy "are the two individuals responsible."

At the time of Mr. Wright's conversation with Mr. Harper, in February of 2013, the plan was to have the Conservative Party repay $32,000 for Mr. Duffy's housing claims. In the end, Mr. Wright paid after it was determined that the tab was much higher, more than $90,000, and the head of the Conservative Fund, Senator Irving Gerstein, balked at paying the sum.

But Mr. Wright, testifying about events when he still believed the Conservative Party would pay, said he updated Mr. Harper a few days before Mr. Duffy stated publicly that he "may have made a mistake," and would repay the questioned expenses. Mr. Wright said he didn't think the source of money mattered as long as it was repaid.

"I honestly didn't think it was that significant a difference," he told the court.

Later, however, Mr. Wright testified that he asked that the senator keep secret the fact that the Conservative Party was the real source of funds because that was better for the government's reputation.

"From an issues management perspective … it was better to have people believe that the money was coming from him."

He added: "Better for him [Mr. Duffy], better for the government."

Questions surrounding who knew about the payment plan were not the central focus Monday at Mr. Duffy's trial, where defence lawyer Donald Bayne was cross-examining Mr. Wright.

Mr. Duffy's lawyer was seeking to show that it was not Mr. Duffy who demanded money and set conditions, but the PMO that foisted them on a reluctant senator as "inducements" to go along with a plan to bury the controversy.

Mr. Duffy is accused of fraud for, among other things, claiming housing expenses when he was staying at his long-time Ottawa home, while reporting that his cottage in Cavendish, PEI, was his primary residence. He is also accused of accepting a bribe in connection to the $90,172.24 paid by Mr. Wright. The former chief of staff is not charged with offering a bribe.

Mr. Bayne argued it was Mr. Wright and the Prime Minister's Office, along with senior Conservative senators, who proposed "inducements" to get a reluctant Mr. Duffy to "capitulate" to an arrangement where he would say he'd made a mistake, and that he would repay. Mr. Duffy was, at the time, insisting he'd rather let Deloitte auditors review his expenses to determine whether he'd broken the rules.

He took Mr. Wright through an e-mail from Mr. Duffy's lawyer during that period in 2013, Janice Payne, which set out the terms for the deal between Mr. Duffy and the PMO.

The e-mail detailed the terms in five points that the prosecution has suggested were Mr. Duffy's conditions – but Mr. Bayne insisted that all five came from the PMO or senior Conservative Senator David Tkachuk.

Mr. Wright agreed, for example, that one point – that Mr. Duffy would be removed from the scrutiny of a Deloitte audit if he announced he would repay – was initially proposed by Mr. Tkachuk, and raised by Mr. Wright.

Mr. Wright also said he indicated the Conservative Party might pay the expense tab, although he said when Mr. Duffy told him he did not have the money to repay, he took it as a hint he wanted help.

"He did not explicitly ask for money in that conversation. But I think it was implied …" Mr. Wright said, adding that he replied he would look into a source of funds. 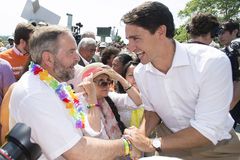 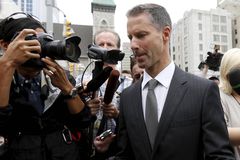 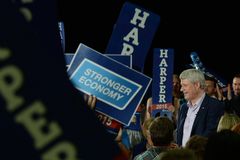