They made an agreement to have the Conservative Party pay Mike Duffy's expenses, promised Mr. Duffy would be removed from an independent audit, told him not to co-operate with auditors, and planned to create a special Senate subcommittee to ensure that the "right senators" would write rules for interpreting the Constitution that would not disqualify any Tories from sitting in the Red Chamber.

Who? The Prime Minister's Office. In three days of testimony by Stephen Harper's former chief of staff, Nigel Wright, it's clear that aides who worked there not only wielded enormous power and insisted on near-total control of public institutions, they did it reflexively, glibly committing to ensuring that Conservative MPs would say only what they'd approved, or redrafting Senate reports.

It's an eye-opening level of control for any prime minister. But there's another odd thing about the tale of PMO power being told in the Mike Duffy trial through e-mails, RCMP statements and Mr. Wright's testimony: Mr. Harper usually isn't seen exercising the control. It's Mr. Wright and other aides who tell senators how committees should report, seek to have Mr. Duffy dropped from an audit, and draft misleading statements for the senator, with no apparent instruction from the PM.

In this courtroom narrative, Mr. Harper's PMO is something like Charlie's Angels: The Angels go around shooting, but you only see Charlie in cameos, at the other end of the line, on rare occasions.

In one way, that's a good thing for Mr. Harper. There's no indication he approved the plans to have the Conservative Party, or in the end Mr. Wright, pay Mr. Duffy's $90,172.24 expense tab. But as the trial recounts how the PMO exerted heavy-handed central control with unseemly tactics, it's discomfiting to see PMO aides apparently didn't feel they had to ask for the authority to do it.

There are a few noticeable PM appearances, as when Mr. Harper chimed in to quash one scheme.

Mr. Wright told staff to have a Senate committee write an interpretation of the constitutional requirement that senators reside in their province – Mr. Duffy wanted reassurance that admitting a mistake on housing expenses wouldn't disqualify him from sitting. Mr. Wright rejected a proposal from Senate Leader Marjory LeBreton's office, and asked PMO staff to write rules that ensure no Conservative senator would be disqualified. Then he ordered Senate committees to be set up to to pass it.

"If the Rules and Procedures committee doesn't have the right membership, then the Senate by motion should constitute a special committee that will have the right senators on board," Mr. Wright wrote in an e-mail.

On this occasion, however, Mr. Wright sent a briefing note on the proposed rule change to Mr. Harper – who decided the rule should be that if a senator owned property in a province, they were eligible to represent it. Mr. Harper's then-Principal Secretary, Ray Novak, e-mailed PMO staff to relay the PM's response, which said he would have shut down the discussion sooner if he had known about it. Mr. Novak quoted the PM: "This issue is about $'s, not this."

But such direct quotes are rare. We learn, for example, that Mr. Harper wanted the Senate controversy shut down, fast. But there's not a lot of PM input, as aides throw their weight around.

Donald Bayne, Mr. Duffy's lawyer, had his own theory at the trial: that Mr. Novak is the conduit to Mr. Harper, and that when staffers communicate with him, they're communicating with the PM, while giving the boss "plausible deniability."

Mr. Wright denied that provocative claim. Mr. Novak, a long-serving aide who is close to Mr. Harper, is now chief of staff, and was one of several PMO aides who knew back in 2013 about the deal being negotiated with Mr. Duffy, and the plan to have the Conservative Party pay for it. It is, it appears, Mr. Bayne's way of suggesting the PM knew about the source of the money – which Mr. Harper has always insisted is not so.

But forget about the cheque for a moment, there is something else in this narrative: a PMO where aides wield enormous power and seek to control all, apparently without ever having to ask for an okay. 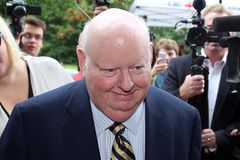 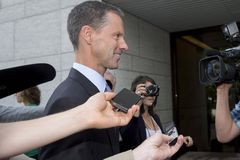