An appeal panel has upheld a decision by the World Trade Organization that the European Union's ban on the import of seal pelts, oil and meat is justified on moral grounds.

"This is a wonderful day for seals," Sheryl Fink, the Canadian Wildlife Programs Director for the International Fund for Animal Welfare, said in a statement after the decision was released. "Canada and Norway used every technical argument they could to try to force products from a cruel and unnecessary commercial seal hunts on Europeans. But reason and compassion have triumphed. This is a great day for animal welfare, and the WTO is to be congratulated on this ruling."

The ruling, released Thursday in Geneva by the WTO's Appellate Body, is one more blow to an industry that has been dying for years as a result of a successful campaign by animal-rights activists to convince international buyers that the Canadian seal hunt is inhumane.

The appeal body reversed some minor portions of a WTO panel decision last year, but agreed that the EU's ban on seal products "is necessary to protect public morals" as spelled out in the General Agreement on Tariffs and Trade.

The appeal body agreed with the earlier panel decision that the ban on seal pelts imposed by the EU in 2010 undermines the principles of fair trade, but is justified because it "fulfils the objective of addressing EU public moral concerns on seal welfare."

Canada and Norway had argued that the ruling sets a dangerous precedent because trade decisions were being made on the basis of morality rather than conservation and science. The federal Conservative government, and the two opposition parties, agree that the seal hunt, which is largely based in Newfoundland, is humane, sustainable and well-regulated.

Even if the EU ban can remain in place due to public concern over the way seals are killed, the Conservative government took some solace in the finding of both the original WTO panel and the appeal body that it is discriminatory and treats Canadian seal products unfairly.

In a statement issued shortly after the appeal ruling was made public, Trade Minister Ed Fast, Fisheries Minister Gail Shea, and Environment Minister Leona Aglukkaq, who is also Minister for the Canadian Northern Economic Development Agency, said: "We are pleased that today's decision by the WTO Appellate Body confirms what we have said all along, namely, that the EU's seal regime is arbitrarily and unjustifiably applied, and is therefore inconsistent with the EU's obligations. The WTO Appellate Body confirmed the EU measure violates its international obligations and has ordered the EU to bring itself into compliance. We are currently reviewing the practical impact of the decision on the Atlantic and northern seal harvests."

The ban followed condemnation of the seal hunt from celebrities such as Paul McCartney, Pamela Anderson and Brigitte Bardot. Critics say it is inhumane to kill seals that are too young to escape with a spiked wooden club called a hakapik.

The sealers say Canada has the highest standards for animal-welfare practices of any hunt in the world. The animal-rights groups, on the other hand, point to reports by veterinary and zoology experts who say the clubbing and shooting of seals in Canada is inhumane and should be prohibited.

The Canadian government set the quota for the seal slaughter this year at 400,000. But it is estimated that fewer than 55,000 of the animals have been killed by hunters as the season nears an end.

The hunt was impeded by thick ice, which makes water navigation difficult.

The hunt off the Magdalen Island in the Gulf of Saint Lawrence was particularly bad, netting fewer than 200 pelts.

It was better in Newfoundland, where several hundred people took part. But, with prices for skins ranging between $30 and $35 in the few markets left open, the sealers were making little money.

Rebecca Aldworth, the executive director of Humane Society International/Canada, said the ruling Thursday was the final step of the WTO challenge, and cannot be appealed.

"It sets a very important precedent that animal welfare can be a matter of public concern and public morality, and can be the basis for prohibitions on trade," said she said.

"I think it's clear that the sealing industry is already over. The only question is whether the Canadian government will continue to keep it on artificial life support in the form of government subsidies, or whether it will invest in a one-time buyout of the commercial sealing industry."

Compare a seal hunt to Auschwitz? Exactly what Hitler would have done
April 26, 2014 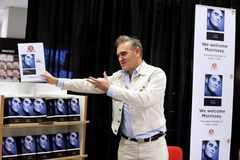 Ottawa to argue against EU ban of seal products at international hearing
March 16, 2014 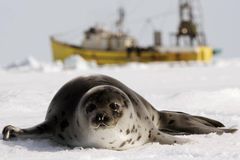 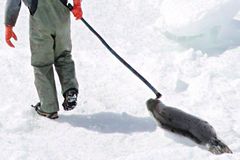 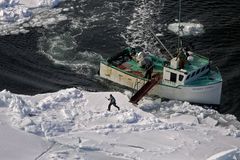