As ever, Kathleen Wynne took care not to completely toss Dalton McGuinty under the bus.

"I'm going to talk about myself, because premier McGuinty will have to talk about himself," Ms. Wynne said during an interview on Tuesday.

But there was an implicit contrast drawn in the words that followed, as Ms. Wynne answered a question about lessons to be drawn from her predecessor's ignominious exit, and in particular the way he seemed oblivious to how he was perceived by the outside world.

It was an unlikely coincidence that, in the same interview, Ms. Wynne made reference to "unacceptable mistakes" in the costly gas-plant cancellations that helped drive Mr. McGuinty from office. Among other lessons – that the government needed a "more transparent process" for making its decisions, as she put it – the scandal seems to have inspired her to make almost frantic efforts to avoid isolation.

That fate, by many accounts, is one that befell Mr. McGuinty. Always a somewhat aloof figure who did little socializing beyond his own family, he became all the more so with his time in power. Ultimately he relied on a tiny circle of advisers when making key decisions, fell in thrall with the odd policy guru, and had very few encounters with members of the general public. For that matter, he barely interacted with his own caucus; Liberal MPPs ruefully complain that he never accepted invitations to lunch with them before their weekly meetings, and catch up casually.

Ms. Wynne, who for the record accepts the lunch invitations, came into her job less prone to disconnectedness. Unlike Mr. McGuinty, who became an MPP after his father died suddenly while in office, her political roots are as an activist. She is very much a people person, adept at putting strangers at ease and at building and maintaining relationships.

Still, she has now entered what is by its nature an isolating experience. The Premier of the country's largest province cannot drive her own car, and cannot go out in public without her police escort. She has enough important files on her desk to keep her occupied day and night, and staff to cater to her every need and edict. The more that she ventures outside that sphere, the more grief she can expect to find, and the more danger of her saying or doing something that gets her in trouble.

Succumbing to such a fate would be especially detrimental to a politician for whom being accessible and down-to-earth has been a big part of restoring her party's fortunes. And that helps explain why Ms. Wynne currently does more public events on an average day than Mr. McGuinty would have on a busy one.

"It's very important to me that I remain accessible, that I keep myself open to commentary from people around the province, which is why I'm going to be spending the summer travelling the province," she said in the interview. "People have said, 'does that mean you're in campaign mode?' That's not what it is. It's how I do politics."

With every month that she remains in office, doing politics her way will get harder. Mistakes, borne of tone-deafness or a lack of self-awareness, will get easier.

But Ms. Wynne sat at Mr. McGuinty's cabinet table long enough to know what the bubble looks like; to know how dangerous it is. And she is trying very hard not to let it close around her. 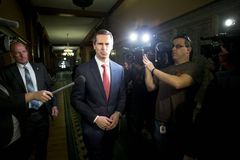 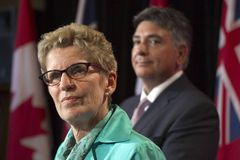 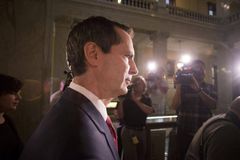 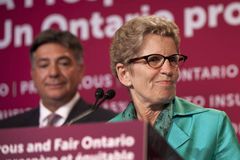 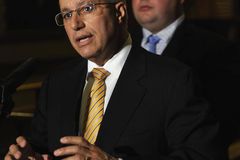