The Liberal government's decision to announce Monday that a new hospital will be built in Niagara Falls sparked more talk that Premier Kathleen Wynne will soon call byelections in the border city and the Toronto riding of Thornhill.

The Progressive Conservatives have always supported a new hospital, said Opposition Leader Tim Hudak as he accused the government of changing its opposition to the project after Liberal Kim Craitor resigned his Niagara Falls seat last fall.

"The Liberals had not supported that, but now that their member has retired and the seat is open, I guess they're now all for it," Hudak told reporters. "I just worry this is more about byelection politics than it is about health care."

The Liberals had a similar, sudden conversion on the need for a subway extension to Scarborough during a byelection in that Toronto suburb last summer, added Hudak.

Wynne has six months to call a byelection after a seat is vacated, which means she must announce a date for the Niagara Falls vote by March 24.

Premiers generally schedule byelections for all vacant seats at once, so a vote in Thornhill to replace Tory Peter Shurman would be called at the same time. Shurman resigned in December after a dispute with Hudak over expense claims.

Sources said Wynne wants both byelections over before the legislature resumes sitting Feb. 18, which means she would have to announce the date this Wednesday for Feb. 13.

The premier's office refused Monday to confirm any specific dates for the votes.

By tradition, byelections are called on a Wednesday and are held on a Thursday after a campaign of four weeks plus one day.

The outcomes of the byelections would not affect the minority status of the Liberal government, no matter which party wins.

If the byelections are held in February, the two new members of the legislature likely won't have much of a chance to get their seats warm before the province is plunged into a general election.

It's widely expected the Liberals' spring budget will trigger an election, whether by design or because the NDP agree with the Tories that it's time to defeat the minority government that was elected in October 2011.

Hudak announced Monday he would introduce a private member's bill that he said includes a plan to create one million jobs over eight years, starting with a drop in the corporate tax rate from 11.5 to 10 per cent.

The Liberals may look for publicity from the building of a new hospital in Niagara Falls and promising a five-year, $75-million plan to help the region's wine industry, but the real issue is jobs, said Hudak.

"Every door I knock on, every event I go to, I hear the same story about somebody whose son or daughter has got their degree or diploma but they're still living at home instead of out making their way in the world," he said.

"Whenever that byelection comes, I'm looking forward to talking about our million-jobs plan to put people back to work and restore hope in the province."

"Mr. Hudak's plan is going to impact the stability of our labour environment ... which is an important part of investment decisions by companies," said Duguid. "His right to work for less approach to the economy is not going to help middle and lower income workers. It's going to hurt them. It's going to lower their wages." 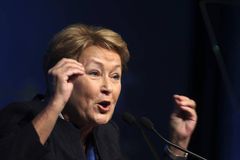 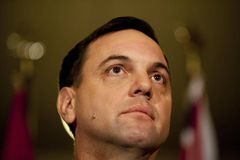 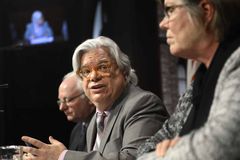 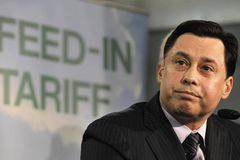 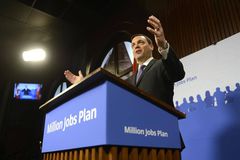