The mayor of Montreal during the massive collusion scandal was Gérald Tremblay, but the real boss in terms of contracts was his right-hand man, Frank Zampino, an inquiry has heard.

Rosaire Sauriol, a key cog in a cartel of engineering firms, testified it was obvious through their frequent interactions that Mr. Zampino, a city councillor and chair of the city's executive committee, was in charge of a contract-sharing system.

"You knew you were with the most powerful man in Montreal," said Mr. Sauriol, vice-president of Dessau Inc.

During his second day of testimony, he told the Charbonneau commission that Mr. Zampino and his bagman, Bernard Trépanier, were often dismissive of Mr. Tremblay, who was mayor from 2002 to 2012.

As he collected secret cash donations from various firms, Mr. Trépanier frequently put down Mr. Tremblay and reminded everyone that Mr. Zampino actually controlled the awarding of contracts.

"He wasn't very respectful," Mr. Sauriol said of Mr. Trépanier. "It was 'Frank this, Frank that.' "

Mr. Zampino, whose political career in Montreal goes back to the 1980s, chaired the city's executive committee from 2002 to 2008 while his party, Union Montréal, was in power. He appeared in court on fraud charges on Wednesday in relation to a major land deal, at the same time that Mr. Sauriol portrayed him as the person who actually ran the city's massive public-works organization.

Mr. Sauriol confirmed there was a "system" in Montreal under which engineering firms received a guaranteed share of municipal contracts in exchange for secret cash donations to Union Montréal.

Mr. Sauriol, who hired Mr. Zampino at Dessau after he left city hall, said the mayor was likely blind to the ongoing collusion.

"Mr. Tremblay was not aware of the projects – he didn't follow what was going on," Mr. Sauriol said. "He wasn't the one in charge – it was Mr. Zampino."

Over the years, Mr. Sauriol used Dessau resources to bring various city councillors and bureaucrats to hockey games, restaurants and even Celine Dion and Rolling Stones concerts. Mr. Sauriol never fraternized with Mr. Tremblay, but he was frequently in the company of Mr. Zampino and other elected officials as part of the firm's "business development."

Mr. Sauriol has testified that he oversaw a system of fake invoices to obtain $2-million in cash, which was then distributed to elected officials at the municipal and provincial levels. He added his firm also arranged for donations at the federal level, without providing further details. The commission's mandate is limited to municipal and provincial politics.

Mr. Sauriol said Dessau deliberately organized events to get to know elected officials, all the while helping them to fund their political campaigns.

"We had an interest in being close to elected officials and in helping these people keep their jobs," Mr. Sauriol said.

He refused to characterize his actions as acts of corruption, although he acknowledged the political contributions were designed "to avoid being shut out of municipalities."

Mr. Sauriol said the decision to hire Mr. Zampino as Dessau's chief financial officer was a "monumental mistake." He said that employees and clients did not appreciate the move, especially after it was revealed that Mr. Zampino had holidayed on a yacht belonging to Antonio Accurso, a construction industry magnate, while Mr. Zampino was still in politics.

"That was a very, very big error on our part," Mr. Sauriol said.

Mr. Zampino, who was paid an annual salary of $250,000, left after only four months at Dessau.

Mr. Sauriol, who had also been invited on Mr. Accurso's yacht, warned his friend that it was "not a good idea" to bring along Mr. Zampino given that their two firms were simultaneously bidding on a $300-million municipal water-meter contract.

Meanwhile, the province's anti-corruption unit laid charges of fraud on Wednesday against a former Montreal construction site supervisor, François Thériault, and Paolo Catania of the Catcan construction firm. Police have issued a warrant for Mr. Catania's father, Antonio, in relation to the same case, which is related to financial advantages allegedly provided to Mr. Thériault. 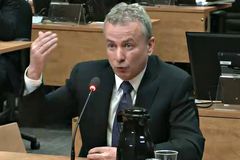 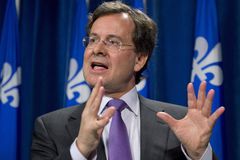 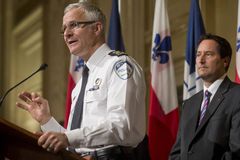