When she started her quest, writer Sarah Hampson had no real sense of the great-grandfather who was her personal connection to the Great War. The words and images she collected along the way changed all that. 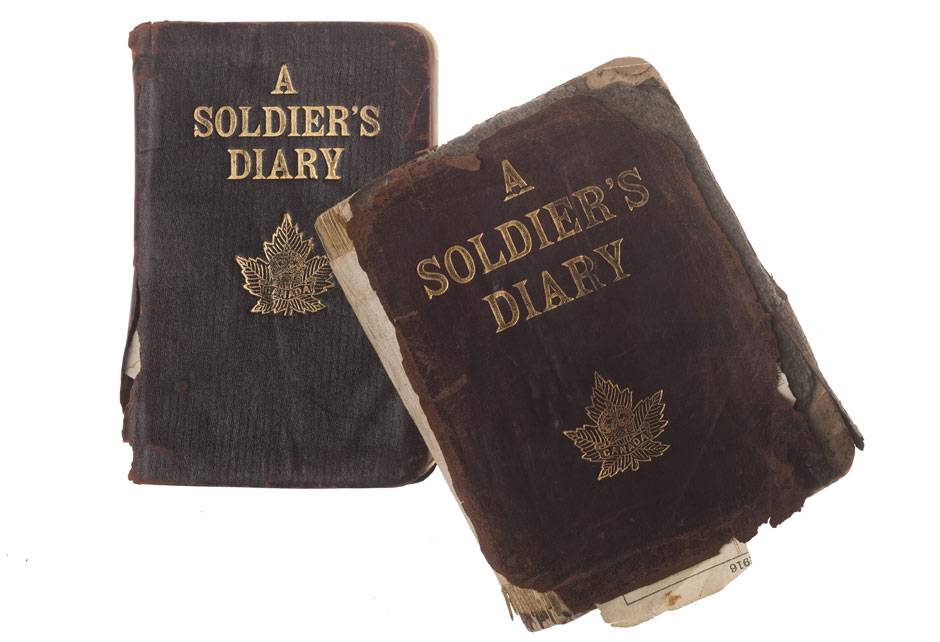 The well-worn chronicles kept by William Barnett Evans are fragile, tattered and faded with their brown leather covers thin as lace. But to the great-granddaughter he never met, they ‘could be the key to his heart and mind, telling me so much more about the man.’ (Roger Hallett/The Globe and Mail) 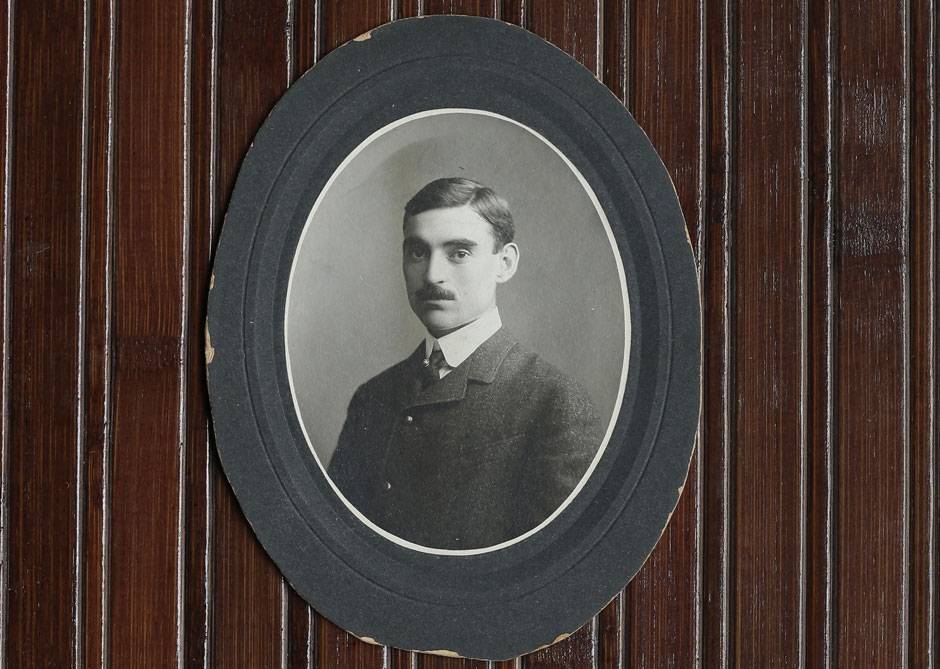 W.B. Evans as a young man: By the time war broke out, he was middle-aged – a prosperous father of three with a home in Montreal’s prestigious Square Mile. Despite 14 years in the militia, he was not well prepared for battle. However, says historian Michael Boire of the Royal Military College, “war for these Edwardian men was an exercise in masculinity and duty, not just to England but to Canada.” (Christinne Muschi for The Globe and Mail) 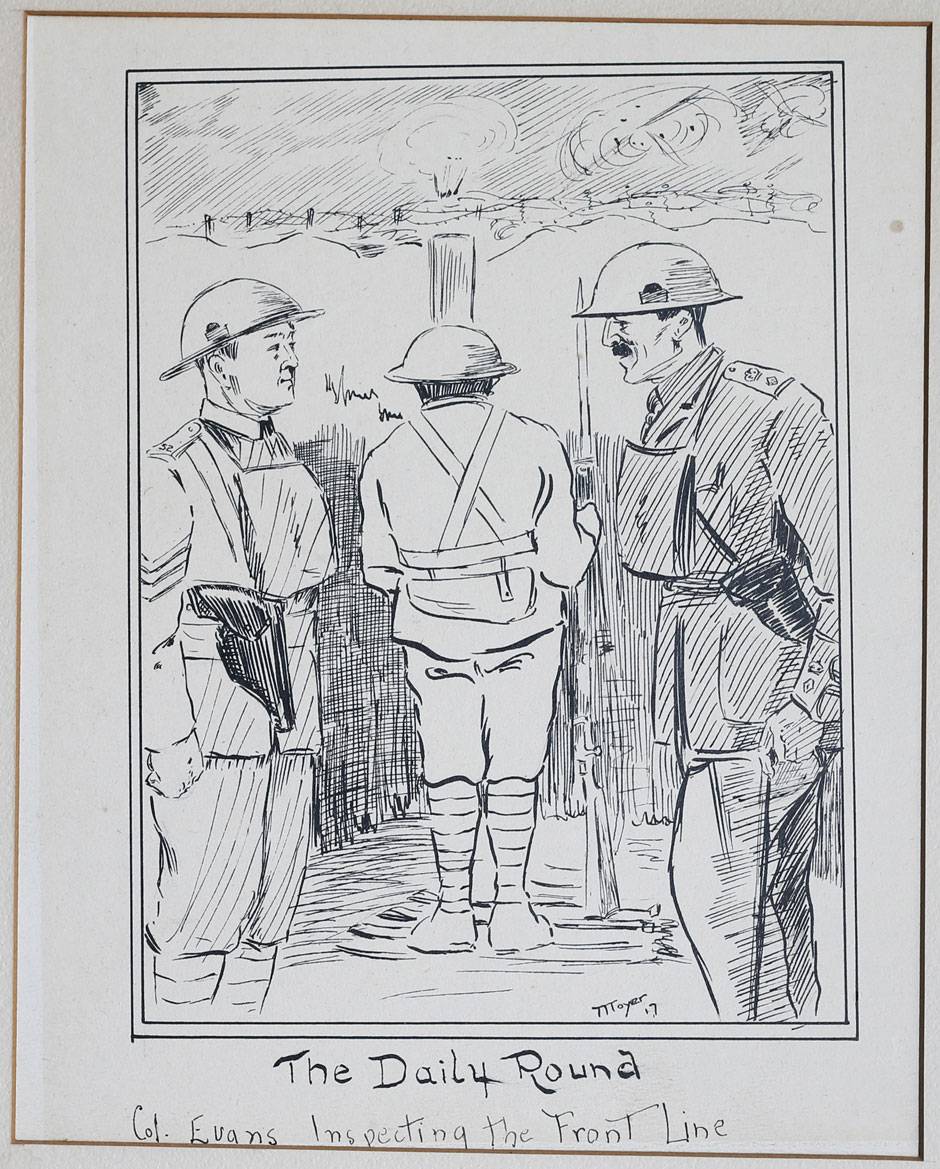 Promoted to lieutenant-colonel and given command of his own battalion, Evans was cited for valour – and drew the attention of a front-line sketch artist, who depicted him inspecting the troops. (Christinne Muschi for The Globe and Mail) 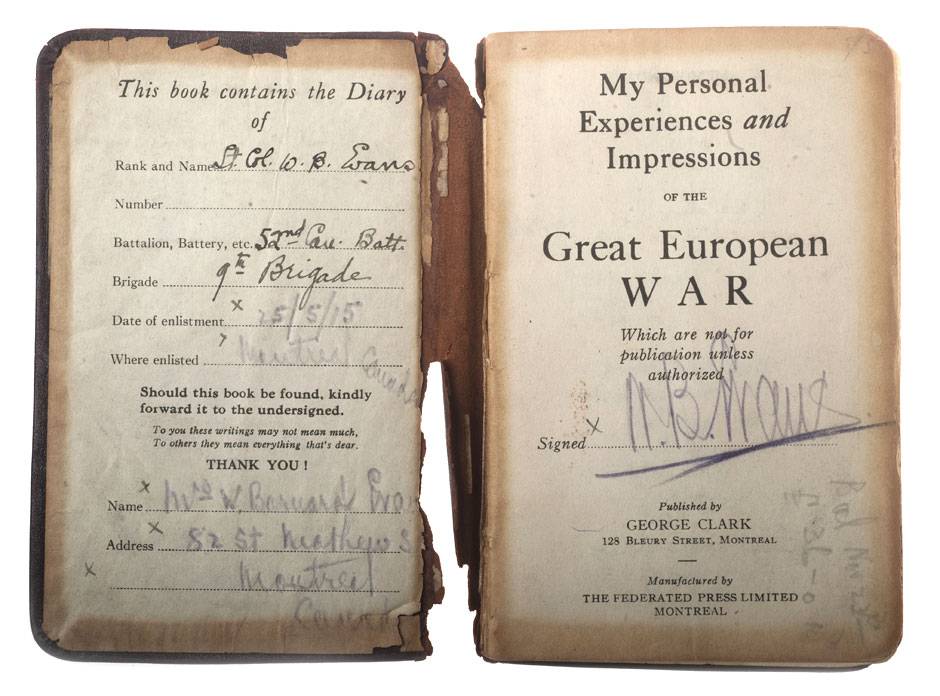 As stated clearly on the first page, copies of A Soldier’s Diary handed out to everyone who enlisted ‘were very personal,’ says Royal Military College historian Michael Boire, and not meant to be part of the official paperwork. (Roger Hallett/The Globe and Mail) 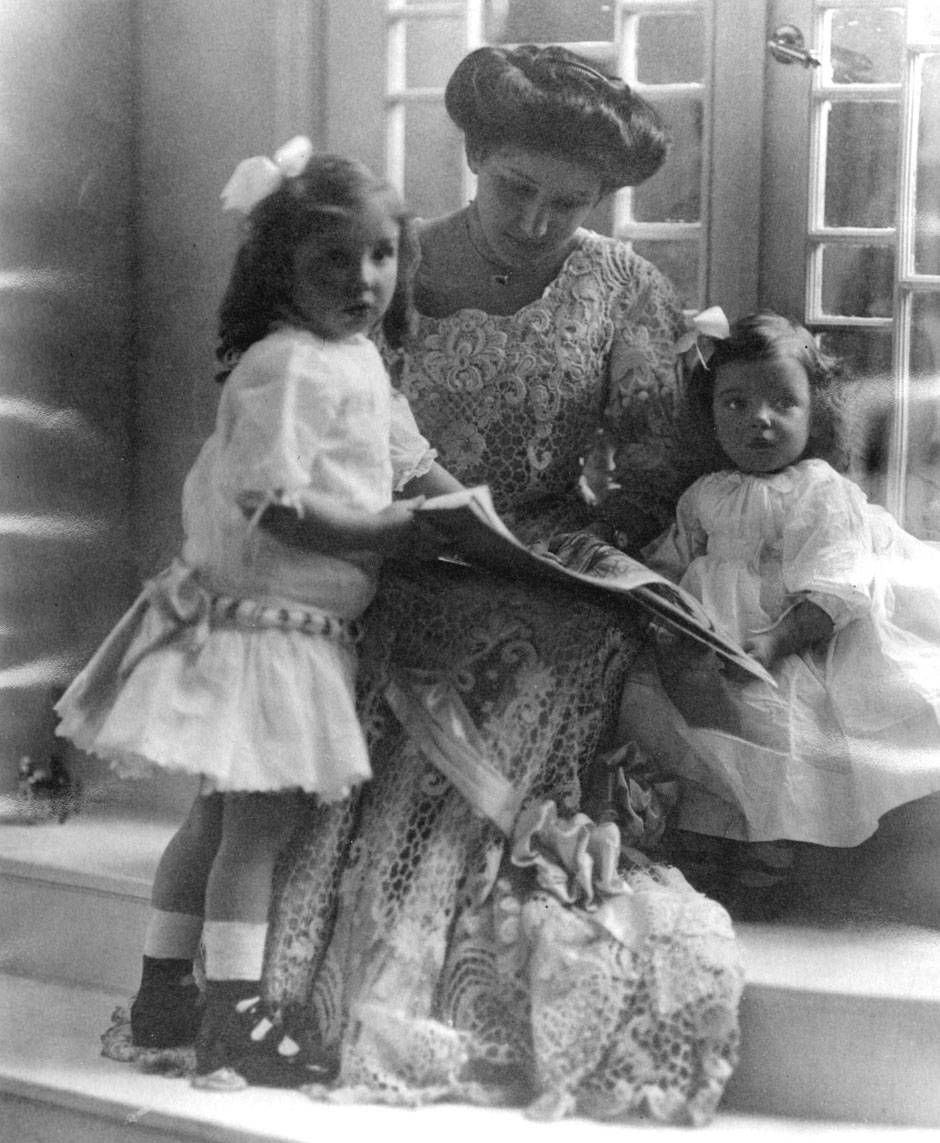 Jean Blackader Evans and two of her daughters in a portrait by Montreal’s famed Notman studio: In his diary, her husband expressed how he felt when she came to visit him in England. ‘I do not think there are two happier people, especially married people in the world than we are.’ (Notman Photographic Archives / McCord Museum / 191023-II) 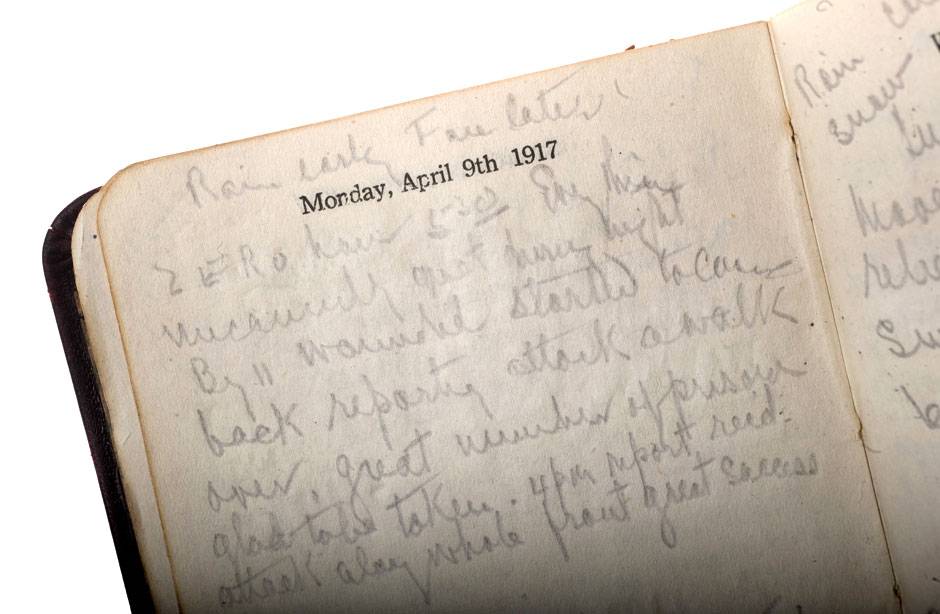 ‘Zero hour, 5:30,’ begins the diary entry for April 9, 1917, as his battalion joins the attack on Vimy Ridge – the great triumph that many have argued truly made Canada a nation. His bravery that day earned Evans a mention in an official dispatch. (Roger Hallett/The Globe and Mail) 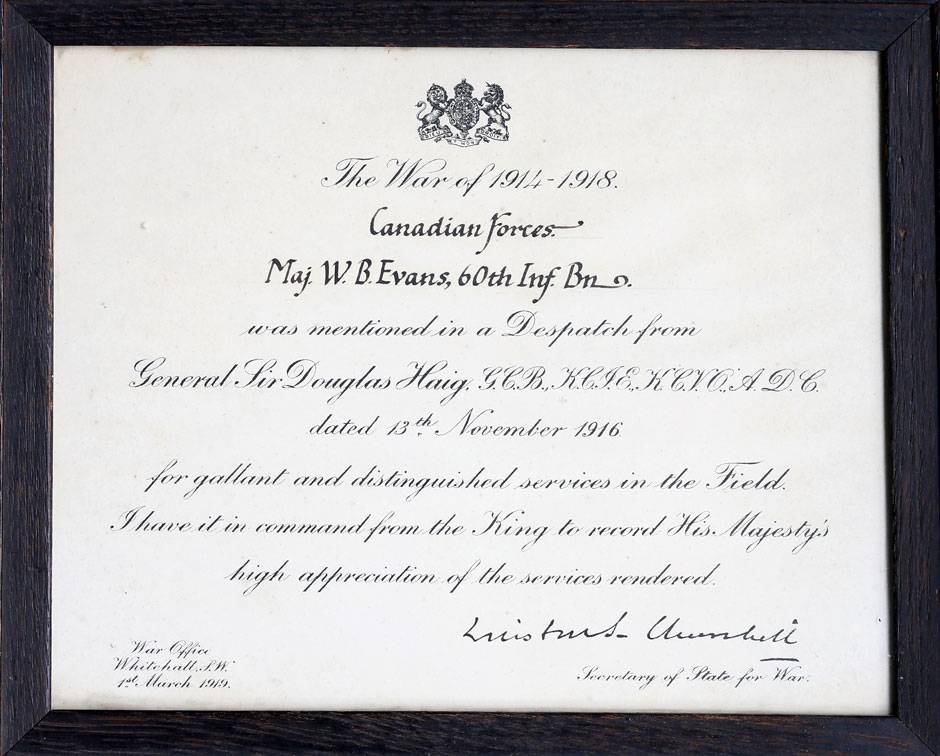 A citation commemorating the fact that Evans was mentioned by name in an official dispatch from commander-in-chief, Sir Douglas Haig, praising his ‘gallant and distinguished services in the field.’ (Christinne Muschi for The Globe and Mail) 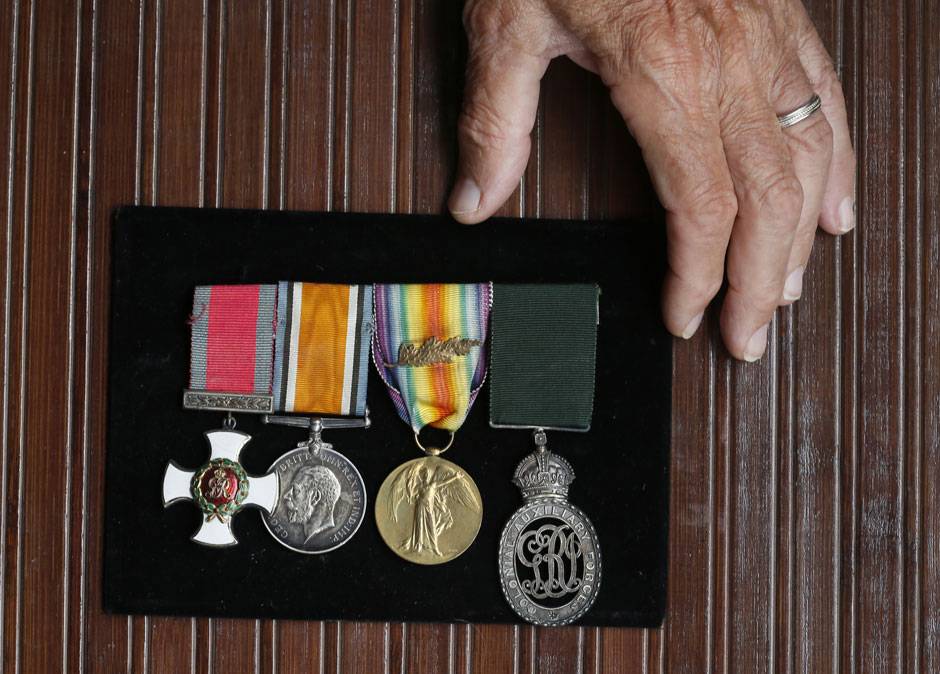 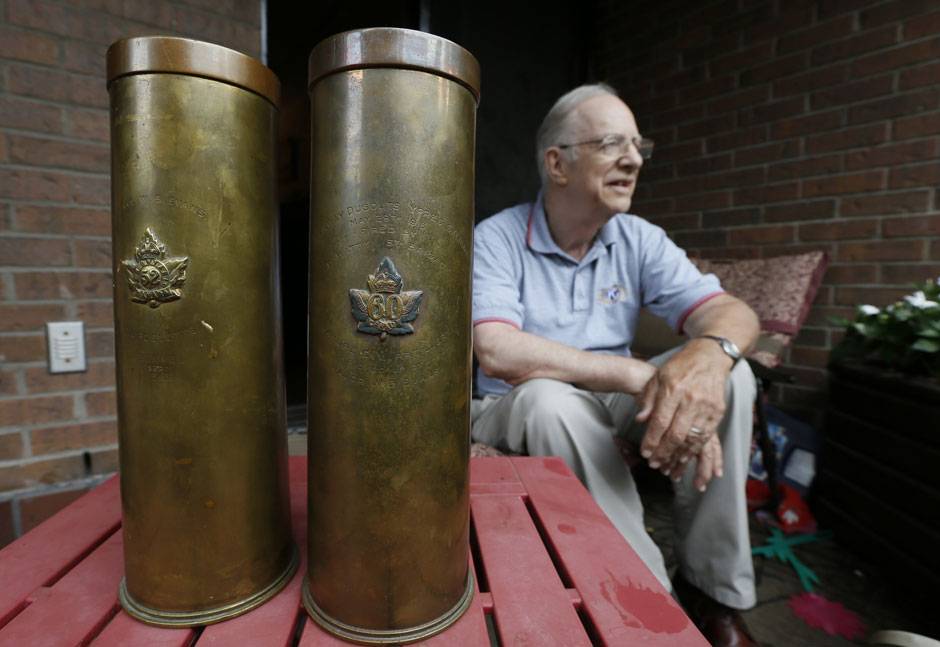 Jim Evans now has the shell casings that his grandfather W.B. Evans collected in 1916 as keepsakes from two famed battlefields: the Somme, left, and Ypres, his battalion’s trial by fire. (Christinne Muschi for The Globe and Mail) 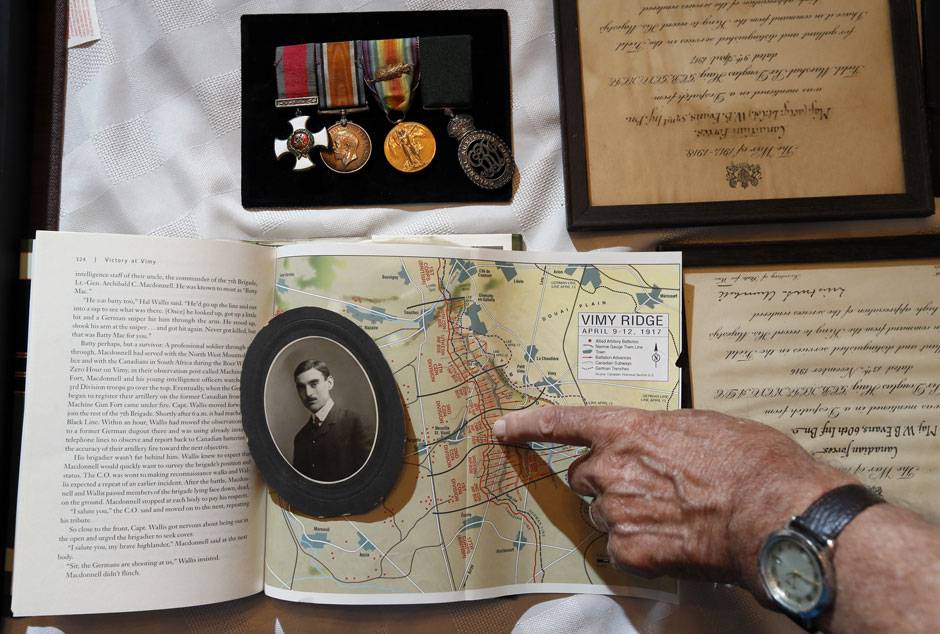 Jim Evans indicates the area where his grandfather (shown as a young man well before the war) fought during the Battle of Vimy Ridge. Although cited for bravery, he requested a leave three months later for reasons never mentioned in his diary. (Christinne Muschi for The Globe and Mail)