After a year of investigation, charges have been laid in connection with the collapse of an outdoor stage last summer that killed a man just hours before Radiohead was to play in front of 40,000 people at Downsview Park.

Live Nation Canada, Live Nation Ontario and Optex Staging and Services have each received four charges in connection with the collapse, related to a failure to ensure the stage's structural integrity. Engineer Domenic Cugliari, of Bolton, Ont., was charged with endangering a worker as a result of negligence.

British experimental rock band Radiohead was scheduled to play the Downsview stage on June 16 last year when the stage crashed down at about 4 p.m. The venue had not yet opened to the concertgoers at the time of the top portion of the stage fell, injuring three of the band's crew and crushing 33-year-old drum technician Scott Johnson of South Yorkshire, England.

The collapse was sudden and unexpected; unlike previous stage collapses in Ottawa and Alberta during windy storms, the weather that day was fine.

Radiohead's touring company, Ticker Tape Touring LLP, was among the parties the Labour Ministry originally requested documents from in the early part of the investigation, but was not charged. The company Mr. Cugliari works for, CCI Group – previously called Construction Control Inc. – was also among them, and also was not charged.

When reached for comment, Mr. Cugliari hung up the phone.

"We absolutely maintain that Live Nation and our employees did everything possible to ensure the safety of anyone who was on or near the stage involved in the tragic incident that led to the unfortunate death of Mr. Scott Johnson," Live Nation spokesperson Jacqueline Peterson wrote in an e-mailed statement.

She said Live Nation is starting this year's concert season with a new staging contractor, and that safety and security at their concerts is "of utmost importance."

Phone calls and e-mails to Optex Staging and Services were not returned by publication time.

Radiohead's spokesperson could not be reached for comment, but drummer Phil Selway wrote on their website soon after the collapse that the band was "shattered" by Mr. Johnson's death, calling him "a lovely man, always positive, supportive and funny."

They postponed European tour dates after the collapse as they dealt with the "grief and shock ensuing from this terrible accident." In August, the band helped start a bursary fund for young musicians in Mr. Johnson's name.

A first court appearance is scheduled for June 27 at the Ontario Court of Justice in Toronto. 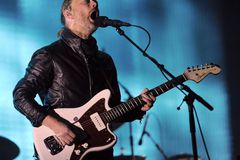 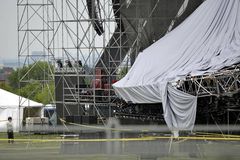 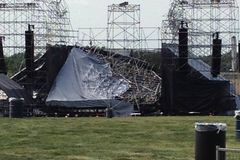