Like a kid gifted with a brand new construction-vehicle toy, Councillor Peter Milczyn gleefully clawed away at the roof an abandoned theatre house from behind the wheel of an excavator grapple.

Since he was elected to represent the Etobicoke-Lakeshore ward in 2000, Mr. Milczyn has envisioned a redevelopment of the area surrounding the Westwood Theatre at Six Points Interchange – the messy six-way intersection of Kipling Avenue, Bloor Street and Dundas Street, also known as the Spaghetti Junction.

"It's about time," Mr. Milczyn said, blaming red tape and bureaucracy for delays in redeveloping the site.

The city initially bought the site in the 1960s to construct a subway train yard. That plan, like many others after it, fell through. Etobicoke wanted to build its city hall here in the 1980s before amalgamation. The site was once used as a snow dump, and firefighters used the theatre building to store donated toys for charity until it got too musty after a flood in the basement. In 2009, the province entered into an agreement with the city to build a courthouse here, but backed out because of a lack of funding.

Today, a $45-million infrastructure project which will be paid for through the city's 10-year capital plan aims to transform the neighbourhood into a more pedestrian-friendly area with improved traffic flow, a redesigned network of roads, parks, residences and retail outlets. The city approved an environmental assessment in 2007 which recommended wider sidewalks and bike paths.

Demolishing the Westwood Theatre – which closed its doors to the public in 1998 after about 45 years – is the first step toward getting rid of the bridges, highways and ramps. Mr. Milczyn remembers seeing Bambi at the theatre a long time ago. He also recalls that people could only drive to the theatre.

Don Logie, senior vice-president of development at Build Toronto, which is leading the project, explained that Bloor, Dundas and Kipling will be brought down to grade level. Dundas Street will eventually run through the area where the theatre currently stands.

"We are envisioning a community that will be highly connected with the Kipling subway with great pedestrian pathways and interconnections, parks, residential with some retail and office uses," Mr. Logie said.

Mr. Milczyn's commandeering of the excavator was the ceremonial preamble to a public meeting where the city and Build Toronto presented their plans to the public Monday evening. Official demolition will begin toward the end of this month, pending a demolition permit.

The future of the 15-acre site where the theatre stands is still undecided, but several people, including a group of students from the Harvard Graduate School of Design, have high hopes for it. The Massachusetts school has chosen the abandoned lot, which was farmland until 1945, as a case study for redesign. Mr. Milczyn said the students could generate fresh ideas that may influence development at the site.

"It's not just a design project, but it's about the removal of that kind of infrastructure and recreating the district with a more rational road system and more pedestrian-oriented rather than simply automotive-oriented," he said. The project could attract international investors, he added.

The site is also coveted by the YMCA of Greater Toronto, which in January announced plans to raise $250-million to build 10 new centres – one of which it hopes will be on the Westwood Theatre lands.

Mr. Milczyn welcomed the proposal for a 60,000-square-foot YMCA facility. It would serve more than 8,100 people in a neighbourhood where more than half the residents are physically inactive and 20 per cent are obese or overweight. The city and Build Toronto hope the facility will also be used by people in other neighbourhoods with easy access to the subway system.

With a report from Gayle MacDonald

Remembering Toronto’s history, with the help of the web
May 3, 2013 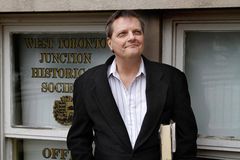 The Junction: for art and design types, ‘It still feels like anything is possible here’
January 18, 2013 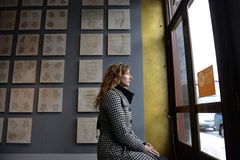