It was a pivotal location in the formation of Canada: Montgomery's Tavern, on Yonge Street, in what was then agrarian land north of Toronto. It was a meeting spot for dissidents and, in early December, 1837, the site of a bloody battle at which hundreds of rebels carrying pitchforks and rifles came face to face with a couple dozen Loyalists who opened fire. Under the belief their front line had been decimated (in fact, only a handful were killed), the rebels turned and ran.

A few days later, a Loyalist militia some thousand-men strong marched to the tavern and burned it to the ground. Montgomery's was destroyed, but history was made: Although William Lyon Mackenzie's melee failed, the Upper Canada Rebellion "led to responsible government in a circuitous way," says Julie Dompierre, director of Parks Canada's commemoration branch. "We know the rebellion was quashed, but it did send a message that people were unhappy and looking for a more democratic type of government. It led eventually to responsible government, which means it's responsible to Parliament rather than to the monarch."

Now, 175 years after Mackenzie's rebels fled from British artillery fire, Toronto politician Mike Colle is fomenting an uprising of his own. The source of dissent this time? Not a tavern, but the possible loss of a post office built on the spot almost a century later. That post office, an art deco building called Postal Station K, is one of three in Toronto the Crown corporation is considering selling as it looks for newer locations that fit its modern operation requirements.

"I know how these things work," Mr. Colle said in an interview. "If you don't say something quickly and let the public know, before you know it the building is sold and it's too late."

Across Canada, grand buildings that still house many post offices reflect their former glory as social bedrocks in rural communities. "The post office, until the 1950s, was an absolutely vital element of community and nation building," says Robert Pike, a professor emeritus of sociology at Queen's University and expert on Canadian postal history.

Although the location was designated a National Historic Site in 1925 (protecting a five-metre radius around the flagstaff and a commemorative plaque on its base), the building has few safeguards under the law. The post office is listed as historic by the City of Toronto, but because federally owned buildings are excluded from the Ontario Heritage Act, it has no protective designation.

Aging postal outlets have proved a magnet for public interest across Canada. Last year, residents of Winnipeg's francophone St. Boniface neighbourhood successfully rallied to save a 106-year-old post office after Canada Post announced it was considering relocating the outlet to a wheelchair-accessible building. Residents of Dundas, Ont., feared its post office and iconic clock tower would be demolished when Canada Post sold the building to a private owner in 2009, but the renovated building reopened two years later and is now home to several small businesses.

"It's apparently one of the few buildings in the Commonwealth that displays this insignia," Ms. Moon said.

Residents in the condo-dense neighbourhood have a decidedly local concern: They worry about what will take its place. The commercial-residential zoning bylaw restricts the height of any new building to a maximum of eight storeys. A row of townhouses is possible; a fast-food joint and, under certain conditions, nightclub, funeral home, parking lot or car wash could also replace it.

Mr. Colle has written a letter to Denis Lebel, the minister responsible for Canada Post, expressing support for preserving Postal Station K, and has collected thousands of signatures on a petition he plans to deliver to Canada Post's headquarters in Ottawa.

"I just want to see some kind of recognition that this is more than just bricks and mortar, and that it's more than another condo site," he said. "Whether you care about the fact that King Edward's name is on the building or whether you care about where Montgomery's Tavern once stood, I think it's the last public space we have left in North Toronto." 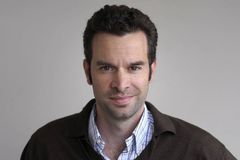