Toronto Mayor Rob Ford is scheduled to testify Wednesday to answer allegations that he broke the Municipal Conflict-of-Interest Act. The mayor's testimony and the court's ruling could have significant political consequences. If the mayor is found to have broken the MCIA, he would automatically be booted from office. The Globe and Mail previews the legal hearing and its potential fallout.

What are the allegations against Mr. Ford?

The plaintiff, Toronto resident Paul Magder, alleges that Mr. Ford violated the MCIA when he delivered a speech and cast a vote Feb. 7 in favour of scrapping a financial penalty against himself. Council, on a recommendation from the integrity commissioner, voted 18 months earlier to order Mr. Ford to pay back out of his own pocket $3,150 in donations that his personal football foundation received from lobbyists, their clients and one corporation that does business with the city.

What is the punishment if Mr. Ford is found guilty?

The MCIA says the court "shall" remove the member. Translation: Mr. Ford would automatically lose his job. The court could allow him to run again immediately or choose to ban him from office for up to seven years.

That seems harsh. Has anybody actually been kicked out of office for breaking the MCIA?

Yes, and there are two recent examples in Toronto. Toronto Catholic District School Board Trustees Oliver Carroll and Angela Kennedy were both found to have contravened the MCIA when they voted on a budget item that could have resulted in layoffs while their children were employed by the board. Mr. Carroll opted not to appeal or seek re-election, but Ms. Kennedy appealed and ran again. She won in the courts of public opinion and law. An appellate court overturned the original decision in March, concluding that her financial interest was "so remote and insignificant" it was unlikely to influence her decision.

What happens if Mr. Ford loses, but appeals? Can he stay in office in the meantime?

That depends. Mr. Ford would have to apply to Divisional Court for a stay of the decision pending appeal. "It's very, very difficult to do," according to Maureen Whelton, one of the lawyers who successfully defended Ms. Kennedy. "I have never heard of someone getting a stay from being removed from their seat pending the appeal."

So are there any other escape hatches for Mr. Ford?

Mr. Ford has a talented and experienced lawyer in Alan Lenczner. Mr. Lenczner has proposed a four-pronged defence. First, he argues the MCIA does not cover breaches of the councillor's Code of Conduct, which is governed by the City of Toronto Act. Second, he argues that council did not have the power to order Mr. Ford to pay back the $3,150 in the first place, because the City of Toronto Act only allows for two penalties for breaches of the Code of Conduct – a reprimand and suspension of pay for up to 90 days.

If those defences fail, Mr. Lenczer will argue that the mayor made an honest error in judgment, or that the sum involved is too "insignificant" to constitute a real conflict-of-interest. If any of Mr. Ford's defences succeed he would not be found guilty of breaking the law and would stay in office.

Who runs the city if Mr. Ford is removed from office?

City council has 60 days from the time the judge makes his ruling to decide whether to appoint a replacement or call a by-election.

Whom could council appoint?

Anyone. The City of Toronto Act simply says council shall "appoint a person to fill the vacancy." Councillors could select from their own ranks or pick an outsider. "What you see often in other jurisdictions is, if a vacancy occurs, they might decide to look at the ballot list and pick the person who was next," said John Mascarin, a municipal law expert at the firm Aird and Berlis LLP. In Toronto's case, that would be George Smitherman.

What happens if council decides to call a by-election instead?

First of all, council can't call a by-election after March 31 the year of a regular election, which in this case would be 2014. It is unlikely the court would take such a long time to render a judgment. After voting in favour of a by-election, council would have to set a nomination deadline within 60 days. The by-election would be held 45 days after that.

Who would be mayor in the interim?

That is not clearly established in the City of Toronto Act or the Municipal Elections Act, but it is likely deputy mayor Doug Holyday would step up, especially for the symbolic parts of the job. The mayor's role is loosely defined, and council could continue to conduct its business without a mayor for a time. 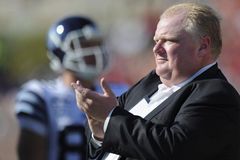 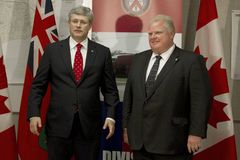