A sweeping report on the Toronto District School Board identifies a raft of structural problems, from micromanaging trustees who stay in office too long to streaming that puts a disproportionate number of wealthier kids into academic courses to a culture at board headquarters that separates top administrators into an "in-crowd" and an "out-crowd."

The review panel, led by former Toronto mayor Barbara Hall, traces the problems all the way back to 1998, when seven different boards merged to form the country's largest school system, with nearly 600 schools and 232,000 students. The previous boards all had different cultures, including different roles for trustees, leading to confusion in the amalgamated organization.

The province, Ms. Hall recommends, should appoint a supervisor to fix the board and a board secretary with expertise in governance to help trustees do their jobs more effectively. And if there is little progress within a year, the board should be split up into two or more smaller ones.

The government, which released the report at 8 p.m. Friday after sitting on it since August, has so far not revealed whether it will follow Ms. Hall's advice. If it does, it will have its work cut out for it.

Here are five highlights from the report that illustrate just how big the TDSB's problems are, and what the government will have to do to fix them:

Too much micromanaging, not enough governing: Trustees often get involved in day-to-day operational decisions – designing the floor plans for schools, for instance – rather than focusing on big-picture planning. The TDSB's strategic plan has 36 priorities where most school boards have just five or six. This "overwhelming" list means TDSB staffers are often bogged down with paperwork trying to show how they are meeting the priorities, rather than visiting schools and resolving day-to-day issues, the panel found. At least part of the reason some trustees don't understand their jobs is that many of them did not bother attending orientation sessions offered by the Ministry of Education. The irony was not lost on Ms. Hall: "We were shocked that in an organization whose business is teaching and learning, there wasn't an appreciation that learning and understanding is an appropriate investment for its governing members," she wrote in the report.

Term limits for trustees: The report recommends limiting trustees to a maximum of three consecutive terms in office, or 12 years in total. Just about everyone who spoke with the panel endorsed imposing term limits, saying that long-serving trustees develop "a sense of entitlement and domination" and it would be a good idea to bring in new people who "reflect the concerns of new generations of parents." Such a limit would be a highly unusual step: While term limits are a common feature in U.S. politics, they are virtually unheard of in Canada.

Equity: There are significant class and race divides within Toronto schools. For instance, the report said, children from high-income households were more likely to take academic programs and students who self-identify as black were overrepresented in applied programs and underrepresented in academic ones. Many parents and community members interviewed by the panel said desirable programs, such as gifted and French immersion, were disproportionately offered in wealthy neighbourhoods with well-heeled residents who could lobby for them.

The cool kids: The board and top TDSB administration are divided into an "in-crowd" and an "out-crowd," with those on the "in" refusing to share information with the outsiders. Some trustees, for example, would have trouble getting top staff to provide them with information. Conversely, staff complained that trustees often made unreasonable requests for large volumes of information, and that filling those requests is a waste of time. The report suggests hiring a governance expert to serve as board secretary and help trustees properly formulate motions and other decisions.

No pushback: Staff are afraid to push back against decisions by trustees they disagree with, and this problem trickles down through the board, with people in the lower ranks afraid of angering their superiors and hurting their own careers. Many staff even feared telling the panel about the problems: "It was, in fact, telling to us that several individuals were reluctant to meet with the panel out of stated fear for their jobs or career advancement, and some agreed to meet with us only after we assured them of anonymity. Others declined. Several were in tears as they shared their experiences with us." 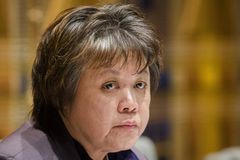 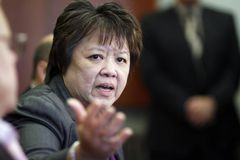 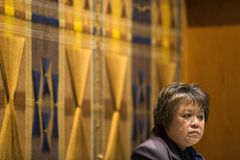 TDSB given one year to show progress
December 4, 2015