If you've been around Pearson airport recently, you might have noticed a string of concrete pillars rising from the ground among the web of highways and exit ramps. Another flyover to bring more cars into the airport? In fact, this project is designed to do quite the opposite.

The pillars will support a rail line connecting the airport to the GO corridor and from there to Union Station, allowing many travellers to leave their cars at home and get directly to and from Canada's busiest airport. Metrolinx, the provincial transit agency that is quarterbacking the $456-million air-rail link, estimates it will result in 1.2 million fewer car trips a year, reducing pollution and traffic congestion.

Toronto has been waiting for decades for a direct link between the airport and downtown. Air Rail Link president Kathy Haley calls it "one of the most anticipated projects in the city's history." So it seems close to miraculous that, at last, in front of our eyes, it is finally taking shape.

Heavy construction is under way all up and down the line. Workers are widening 16 bridges and completing five major grade separations to divide rail and road traffic, allowing the trains to travel at up to 120 kilometres and hour and complete the trip in 25 minutes. Trains will depart every 15 minutes.

The most dramatic work is at the spur that brings the rail line into Pearson's Terminal One. No one had the foresight to leave a rail corridor to the airport when it was built, so engineers had to take the track on a weaving, elevated path around buildings, over hydro lines and above overpasses. Travellers heading downtown will begin the trip with a kind of civilized roller-coaster ride on tracks that will soar 28 metres in the air at their highest point, affording panoramic views. It will be quite an entrance to the city.

When I visited the spur for a construction tour, workers were weaving together the ribs of massive steel tubes. They will be used to pour concrete and form the pillars that carry the train tracks. Soon workers will begin the equally challenging task of installing the air-rail link station on existing pillars at Terminal One, next to the people-mover airport shuttle.

The aim of the project is not just to improve travel times and reduce car traffic but to help vault Toronto into the ranks of top international cities. London has its Heathrow Express, Hong Kong its sleek airport shuttle. In Toronto you still have to drive, take a taxi or negotiate the awkward bus and subway connection.

Ms. Haley says that when it opens in 2015, the new air-rail link will help change the often-disappointing first impression travellers have of Toronto. Metrolinx has hired Canadian style guru Tyler Brûlé to help give its stations a cool, modern look. It will put wifi, laptop plugs and video monitors in the cars so travellers can check flight times and weather. It will be a premium express service.

That approach has its critics. Some say the fare will be too high for ordinary travelers. Metrolinx has yet to say what that fare will be. Its goal is to run the line on a "cost-recovery" basis -- in other words, without a government subsidy -- but details of how to achieve that are still being worked out. Guesses about the ticket price kicked around in the press range from $15 to $35.

Others say the line should have more stops. At present, it will have just two between Union and Pearson: one at Weston and one at Bloor and Dundas West. Toronto city council voted to add stops at places such as Jane, the Junction and Liberty Village, but Metrolinx wisely said no. That would turn the line into a milk run, defeating the purpose of fast, reliable service to the airport.

Metrolinx is right to insist on a rapid, first-rate service that begins a visit to Toronto with a wow.

Editor's note: Metrolinx has yet to work out how it will operate the rail link to Pearson airport without government subsidy. Information in an earlier version of this article has been clarified. 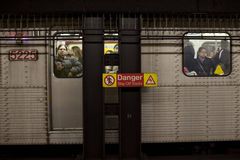 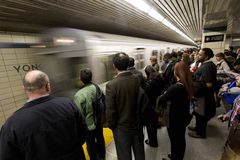 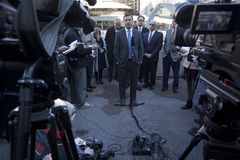