There's a regular patron of Mississauga's Central Library who curls up on the first floor to sleep. Staff know him well and place Manga comic books beside him to read when he wakes up.

He's one of the many homeless people who come to the library each day. They come to use the bathrooms for some quick hygiene in the morning, go on the computers, sleep and, of course, read books. It is a refuge, cool in the summer and warm in the winter. Sometimes there are problems, but a conversation usually resolves the issue.

Libraries have long been a place to go for marginalized residents and administrators are increasingly embracing their role in helping people get access to essential resources. A library is the "community's living room" with everything from crying babies to those looking for a quiet place to study, says Rose Vespa, the director of Mississauga's libraries. Meeting everyone's needs is a daily balancing act.

In Toronto, the public libraries have partnerships with social-service groups in the city. In downtown locations, Toronto Public Health nurses are on-site to assist at-risk people and direct them to resources for their needs. Library staff are trained in mental-health first aid and can assist people with a variety of things such as getting computer access and filling out government forms, as well as directing someone to resources available nearby, such as food banks and shelters. Toronto also has a pilot program to send librarians to selected sites across the city to reduce barriers to accessing the library.

But in cities outside Toronto, which have fewer social services and growing populations, libraries are taking on a larger role and trying to reach vulnerable segments of the population with programs and services.

The federal government is funding a year-long pilot project for a new homeless-prevention outreach co-ordinator for Mississauga's libraries that will be used as a benchmark for potential programs across the country. Ms. Vespa says the social worker will fill a gap in service for a segment of the population that has a diverse array of needs and encompasses every age group.

The first initiative to specifically help homeless people in libraries was in San Francisco in 2009 and it has been replicated at libraries worldwide. Mississauga will be one of a growing number of Ontario cities that have employed social workers in libraries, joining places such as Brantford, Hamilton and Kitchener. Mississauga's rapid population growth has been accompanied by a struggle to help the city's neediest, including 182,000 residents who live below the poverty line.

Underscoring this trend is libraries' changing role in society. The Internet broke down barriers only libraries could in the past, leading to an existential crisis. Governments have threatened to or have actually cut funding. But libraries have endured and now offer a wide array of services such as yoga, English and parenting classes, and visiting health professionals, all at no cost to users. And helping society's most vulnerable and neglected is now a more prominent part of their role.

The new co-ordinator will add a skill set the Mississauga libraries lack. He or she will help train staff and put in place programs, such as computer-skills training, book clubs and art therapy across all 18 branches in the city. A big component in Mississauga will be building empathy and skills so staff are able to understand and help the homeless and other patrons experiencing hardship.

At her previous job, Ms. Vespa saw the transformation at Brantford's libraries when they hired a child and youth worker in 2010. Sue Oldroyd started programs for at-risk teens and helped train staff in how to better interact with teenagers rather than kicking them out of the library. Her presence has helped people such as Ashleigh Jantzi turn their lives around.

Ms. Jantzi was in a group home and pregnant at 17 when she attended one of the library's drop-in parenting programs. She would spend several days a week at the library with her child to keep cool and stay in touch with family using the computers. Ms. Jantzi, 24, is now an employee of the library and, two promotions later, she's in college courses to be a library technician. She says Ms. Oldroyd "brings a whole new life to the library."

Kathryn Goodhue, the head of Brantford's libraries, says the library has been part of conversations around addressing homelessness in the city and it can be a starting point for many at-risk people. "It's a good place to catch people when they're not in crisis to be able to interact with them and help them get into programs that will assist them."

In cities such as Brantford and Mississauga that may not have the depth of services available in Toronto, libraries are an important piece of the puzzle and are now actively seeking out partnerships and funding. "We're handling it better because we are trying to do it collectively," Ms. Goodhue says, "and I think there's a role a library can also play in being that aggregator or collector of people to come together and try and solve these bigger social issues."

However, there can be tension with other library users and there's ongoing debate over whether to allow sleeping. In Newmarket, the library last year started handing out letters to patrons who have a strong odour, directing them to free showers and laundry services at a nearby church. Kingston libraries faced a backlash last year with a proposed new code of conduct that banned loitering and sleeping on premises and targeted patrons with "an offensive body odour."

Toronto's libraries are well-established in how to best serve homeless and at-risk populations, says Cathy Crowe, a visiting professor at Ryerson University who has been a street nurse for 30 years. While she's usually critical of Toronto's homeless services, she says the libraries have done an incredible job in training staff and offering programs for homeless and at-risk people.

"Of all the different city departments and city-run initiatives," Ms. Crowe says, "the Toronto public library system gets five stars out of five for me in terms of their interaction with people that are homeless." 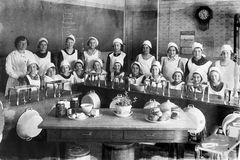 Escape the city without ever leaving town on one of Toronto’s rooftop patios
August 4, 2017 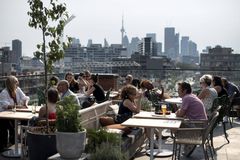