This is not, needless to say, the best of times for the book world.

Traditional bookstores, used and new, are struggling to stay open. The inexorable rise of e-readers is forcing many publishers to pare their seasonal lists or reduce print runs. A few weeks ago, Barnes and Noble, the largest U.S. chain, started removing from 1,300 stores those books for which it did own digital sale rights. A rival, Books-A-Million, quickly followed suit. And warehousing giant Amazon recently announced plans to bypass publishers completely and deal directly with authors.

But at least one segment of the industry seems to be holding its own – antiquarian books. Indeed, as the worth of most hard and soft covers continues to plummet, the value of truly rare and ancient books is soaring, to levels that shock even dealers. Canadiana, particularly books about early exploration and the Arctic, is also a hot commodity. Hundreds of these antiquarian books – what Toronto dealer David Mason calls "a snob term to make us appear respectable" – will be on display this weekend at the Toronto International Antiquarian Book Fair.

Some 50 dealers are exhibiting, making the gathering one of the premier such events of the year. As the precious crates of books were being unloaded, The Globe's Michael Posner canvassed the views of dealers.

Some gems on display

- An extremely rare first edition of Mary Shelley's masterpiece Frankenstein, Or, The Modern Prometheus. In three volumes, housed in a custom clamshell box. Published in London, 1818. $168,000.

- Recollet missionary Louise Hennepin's A New Discovery of a Vast Country In America, in two bound volumes, printed in London in 1698, $11,000

-Adam Smith's An Inquiry into the Nature and Causes of the Wealth of Nations, a first edition published in 1776, $150,000

-A rare first edition, one of only 1,417 copies printed, of Meriwether Lewis's and William Clark's History of the Expedition Under the Command of Captains Lewis and Clark, To the Sources of the Missouri, Thence Across the Rocky Mountains and Down the River Columbia to the Pacific Ocean. Published in 1814. Housed in a custom clamshell box. $195,000

The view from here:

"Our world is falling apart. It's changing quickly and we have no idea where it is going. It's like the beginning of the old Industrial Revolution. But there will always be rare books and they will only get rarer. Really fine copies in fine condition will sell for more and more. I bought a first edition of Ulysses years ago for £100. Today, it's £75,000." – Toronto dealer David Mason

"The book as just a container of text is being in part replaced by electronic books, but there's an explosion in beautifully designed and made trade books. People still want the tactility – the physical act of reading a book – even while demand for general second-hand books is dropping away." – San Francisco dealer Thomas Goldwasser

"Some books actually haven't gone up that much, but important books that have had an impact on people – Samuel Johnson's Dictionary of the English Language, or Darwin's On the Origin of Species, or Isaac Newton's Principia Mathematica – have risen sharply. Books on economics are hot. We're seeing a bigger polarization of prices. – London dealer Peter Harrington

On the value of antiquarian book fairs

"The Internet is a whiz for finding a specific book. But what about the book you don't even know exists? The advantage of the book fair, which is really 40 or 50 mini-bookshops all in one place, over the Internet is the serendipity of discovering a book you never knew existed, which you now just have to own." – Montreal dealer Wilfrid M. de Freitas

On buying rare books as an investment

"The escalation in rare-book values has been steady through recessions. And there's a substantial increase in interest among buyers. Books have not been subject to vagaries of the art market. People like to feel they are collecting history, and they will preserve it. But investment per se is not the primary motive. I don't sell them as a portfolio. Most collectors will tell you, 'I never want to sell this book. I love it.' But they know its value." – New York dealer Natalie Bauman

On why rare book lovers don't actually read them

"If one owned a proverbial Ming vase, would one actually put flowers in it? Probably not. One would use another, less costly, vase. But one would still derive great pleasure in owning the Ming as well. An exaggeration to be sure, but the parallel's the same." – Montreal dealer Wilfrid M. de Freitas

On the impact of the Internet

"It has rendered less important books more or less unsalable. When there are 1,650 copies of the same book on sale online at Abe Books, when will I sell mine. I don't buy modern first editions unless I know them to be rare or they are by authors I am fond of. Signed makes a difference, but now everyone has signed copies of the newer material because of book festivals." – Toronto dealer David Mason

"The e-book will be the end of the paperback. There are far too many and you can't give the used ones away. I have no problem with that. And you'll see print numbers reduced greatly on hardbacks. And that should mean that books will become rarer again, because instead of a first run of 50,000, it might be 10,000 – so it potentially becomes a collectible object. But only first editions." – London dealer Peter Harrington

"Last year, the British Library made 65,000 books from its 19th-century collection – Austen, Dickens, Hardy, etc. – available for download. They are now doing the same with earlier books and manuscripts – Da Vinci, Shakespeare, Mercator, Blake, etc. Will accessibility to these works pique curiosity and interest in this material? Will this then raise the values? Only time will tell." –Montreal dealer Helen Kahn 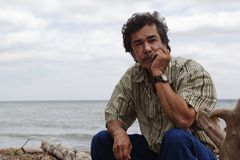 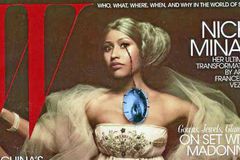 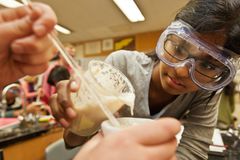 Promoting literacy for children in Ghana
May 3, 2018 Kobo makes a move into digital publishing
May 3, 2018 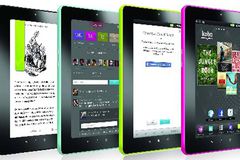