A 55-year-old former Mountie and author on federal parole for a long list of gun-related convictions has been arrested again, together with his wife, and charged with hundreds of fresh weapons offences.

David Kift and his wife Marion, 53, were arrested last week in the central Ontario town of Bancroft, just east of Haliburton, where they had been living.

Concealed inside two compartments within the Kifts' residence on Spooks Bay Lane, provincial police say, was a huge cache of illegal guns and ammunition.

Land mines, hand grenades, crossbows, a small cannon and a highly unusual automatic shotgun, along with a wealth of other ordnance were also seized, together with tens of thousands of rounds of ammunition.

Officers also searched a garage on the property and found machining equipment believed to have been used to convert and alter some of the 67 guns scooped up.

"You don't buy that stuff at Home Hardware, that's for sure," said Sgt. Pierre Chamberland of the OPP.

As to the alleged purpose of the arsenal, "I have no idea," Sgt, Chamberland said, but no other suspects are currently being sought.

In all, Mr. Kift has been charged with more than 400 offences, while his wife faces roughly 250.

Both are to appear in court on March 26 in Belleville.

Ms. Kift has been freed on bail, while her husband, who was on parole after serving part of a five-year penitentiary sentence, has been remanded in custody.

He was convicted in 2007 of 10 firearms offences, including defacing serial numbers.

Nor was that Mr. Kift's only claim to fame. As well, he put out a self-published book entitled The Naked Mountie, in which he wrote about his 18 years as a member of the RCMP.

"The investigation started out with Durham Regional Police, from information they received, and it was passed on to our guns and gangs unit," Sgt. Chamberland said, adding that anyone with further information about the case is "more than welcome to come forward."

Silencers, prohibited magazines, homemade assault rifles, pistols, machine guns, crossbows, a Taser, "zip" guns, a fully automatic shotgun and a 32-inch-long cannon were among the haul, much of which was allegedly hidden in the walls of the Kifts' bungalow, police said.

They also located explosives and detonating devices, including anti-personnel land mines, grenades, detonator cords and blasting caps, retrieved with help from the Department of National Defence.

Mr. Kift was first arrested in 2003 as part of a big police undercover operation in which 13 people from Greater Toronto were charged.

He was convicted for his role in supplying weaponry to a self-confessed conman, but insisted at his trial that the guns he admitted passing along had all been deactivated.

The  hundreds of charges he now faces include breaching a court-ordered lifetime ban on owning or possessing weapons.

Pop culture isn’t the root of American gun culture – its own myths are
December 27, 2012 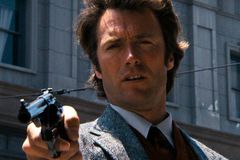 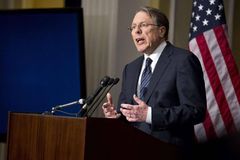