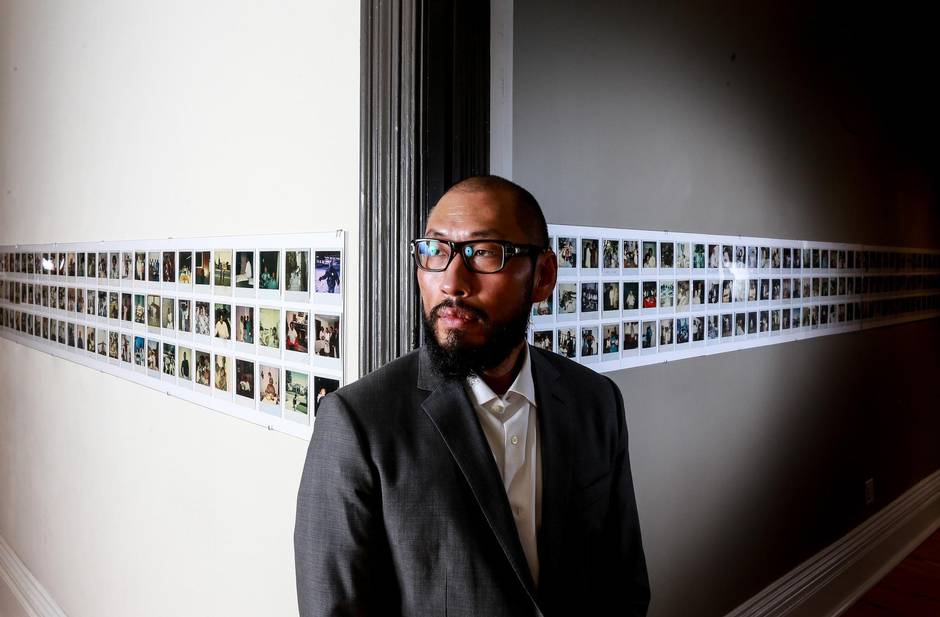 Zun Lee, with some of the Polaroids that comprise the Fade Resistance show at the Gladstone Hotel this month.

His father isn’t in the picture. At the Gladstone Hotel, the photographer and documentarian Zun Lee stands among the sea of mounted Polaroids that comprise Fade Resistance, an exhibition of snapshots portraying African-American families in the 1970s, 1980s and later. Occupying the rooms and common spaces of the second floor, the collection represents a curatorial project of Mr. Lee and Kenneth Montague that involves vernacular photography and an attempt to present an alternative to the dysfunctional-black-family stereotype. 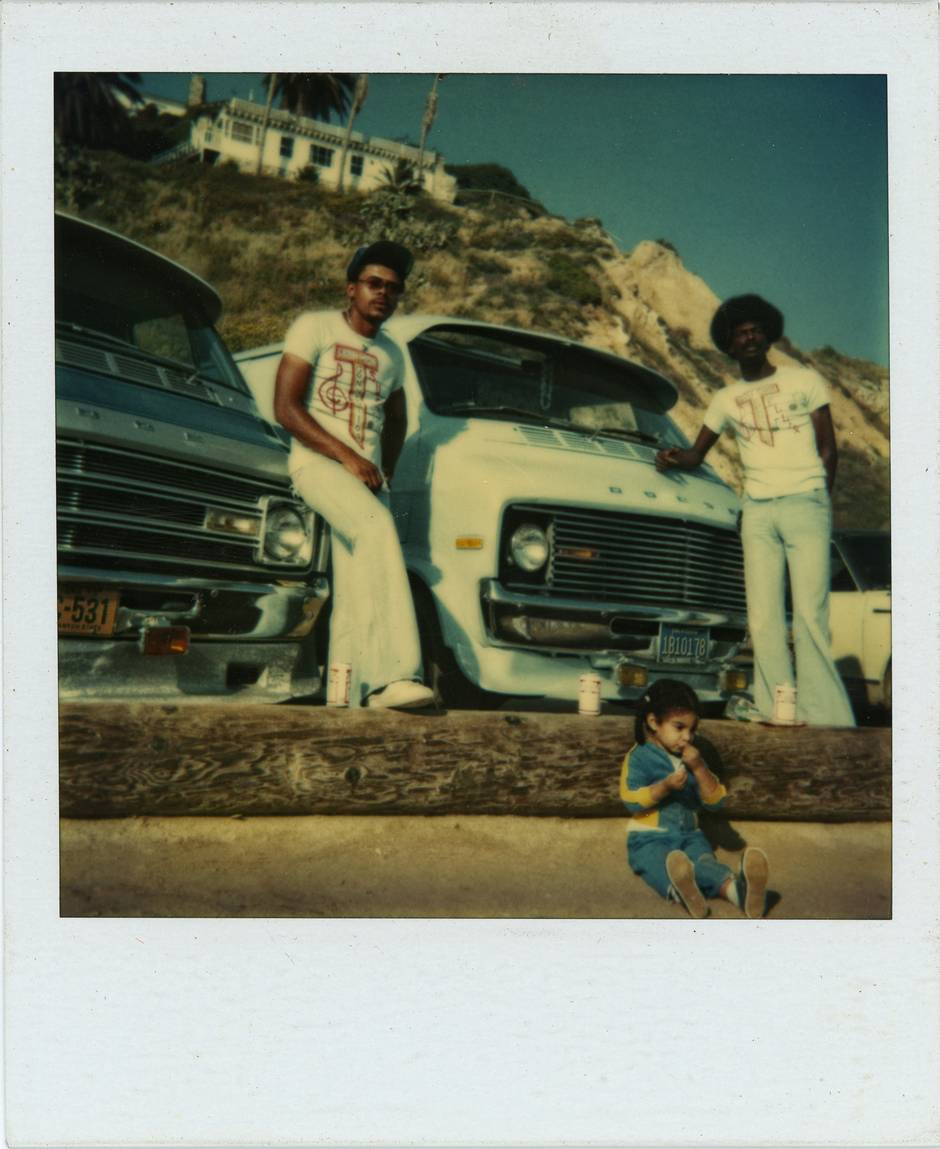 On the surface, the rich assemblage of pictures is unremarkable. But, like the magic of the process itself, in speaking to Mr. Lee, a fuller picture develops gradually. Although the shots represent the significant events and everyday life situations of others, Mr. Lee’s own story is part of the narrative – a narrative that involves an alienated son, interracial bonding and a well-hidden family secret.

“This is my truth,” Mr. Lee says. “I’m not trying to create the antithesis of anything. It’s my version of what I saw and lived.”

Growing up in Frankfurt, Germany, young Zun Lee was looked after by the African-American families of U.S. soldiers stationed on a military base near his own home.

“I was a latch-key kid,” explains Mr. Lee, 46, whose South Korean parents were busy working. “Most of the German kids didn’t want to play with me, so I gravitated to the black families of military personnel. There was a lot of parenting and love and kinship happening with them that I wasn’t getting from my own parents.” 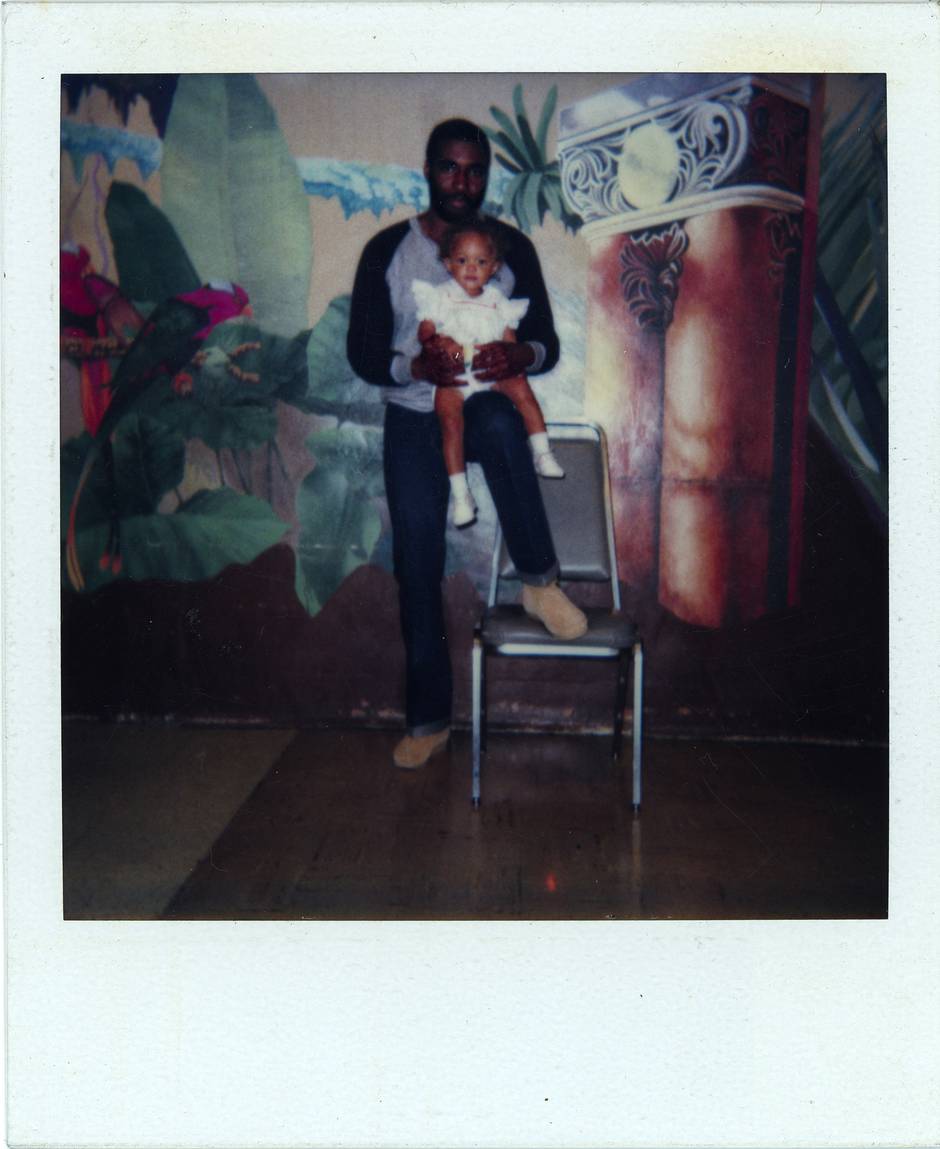 But here’s another thing he wasn’t getting from his parents: The truth of his heritage. Mr. Lee’s biological father was a black man, not the South Korean father he grew up with. Because of his not-quite-Korean physical appearance, he endured derogatory comments from family members. But it wasn’t until he was in his 30s that he learned of his true bloodline.

His mother can’t (or won’t) provide information about his biological father, leaving little Mr. Lee can do to track him down.

“I was having a lot of resentment when it came to not knowing my father,” explains Mr. Lee, who says he was given a complex growing up because of the way he looked. “And part of what I’m doing with my photography projects is to put the work out there in the hope he sees it and reaches out to me.”

Mr. Lee completed his education in Germany, including medical school. At age 25, he moved to Atlanta. He’s lived in Toronto, working as a management consultant in the health-care field, since 1997. It wasn’t until 2009 (after friends gifted him a camera) that he took up photography.

As an adult, he was nagged by the disconnect between the family life of the African-Americans who nurtured him in Germany and the race-based assumptions common in North America, where black domiciles are often portrayed by media, politicians and in film and television as being fatherless. 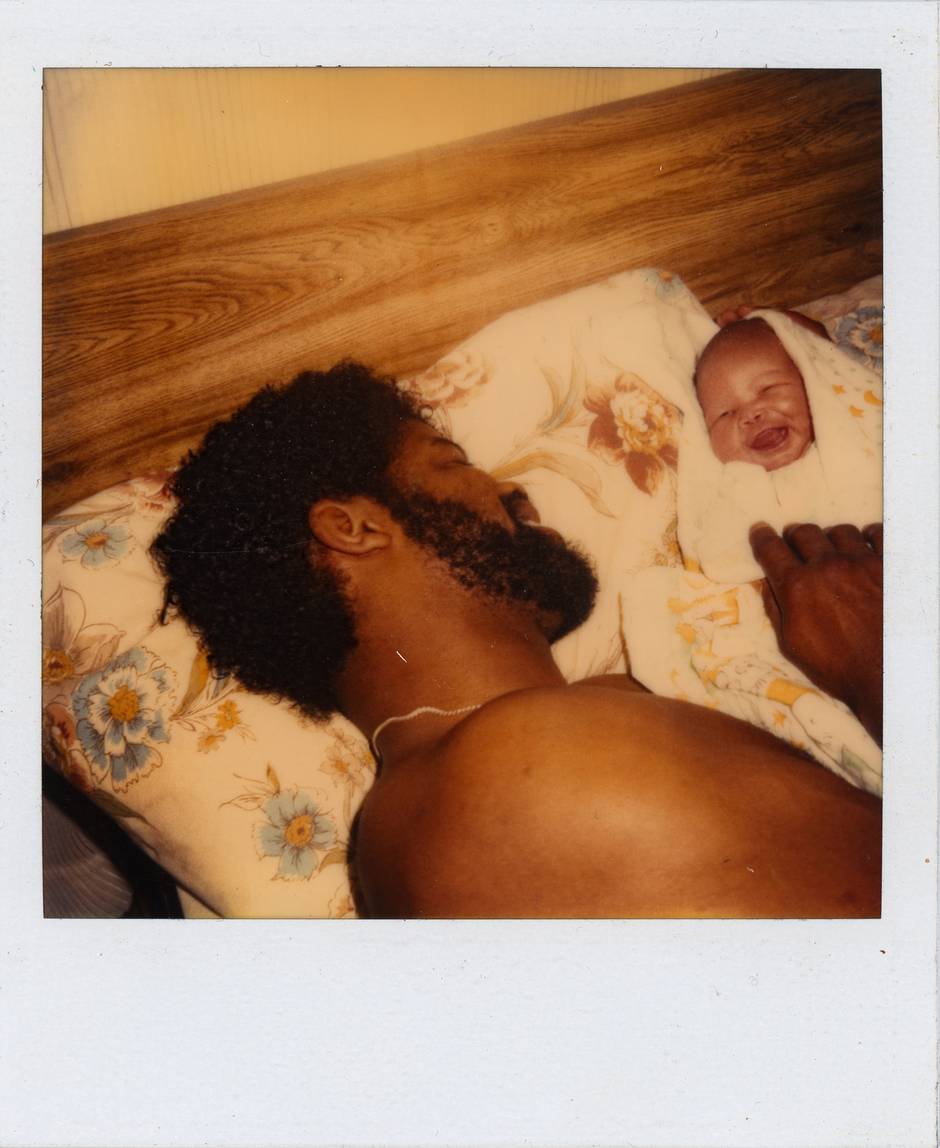 “Why don’t we see the everyday black fathers, which we see in white sitcoms?” asks Mr. Lee, dressed in Nikes, blue jeans and a blazer. “And when you do see the black fathers, they’re either superhuman or super-villains, and there’s nothing in the middle. That makes it hard to humanize them.”

In the 1980s, we watched the super-doctor-dad of The Cosby Show. In the 1990s, there was the well-off patriarch of The Fresh Prince of Bel-Air. More recently, when it wasn’t vilifying football player Adrian Peterson for the harsh physical disciplining of his son, the sports media fawned over the precocious daughter of basketball star Stephen Curry.

To fill the gap between the two extremes of African-American fatherhood, in 2011 the self-taught artist produced Father Figure, a series of poignant portraits of African-American dads and their offspring – images of babes being fed in arms, father and sons exchanging hugs against urban skylines, and bathtub duties with daughters. “Many African-Americans are not perfect,” Mr. Lee says. “But they’re present and they’re trying their best. Somehow that gets lost in the equation.”

The Father Figure series spawned the Fade Resistance project, in which hundreds of Polaroids were collected through yard sales and eBay scouring. The snapshots are often of joyous occasions: A young man proudly poses in his military uniform; a grandmother beams in a kitchen; a young boy in a parking lot has a smile as wide as his bow tie. 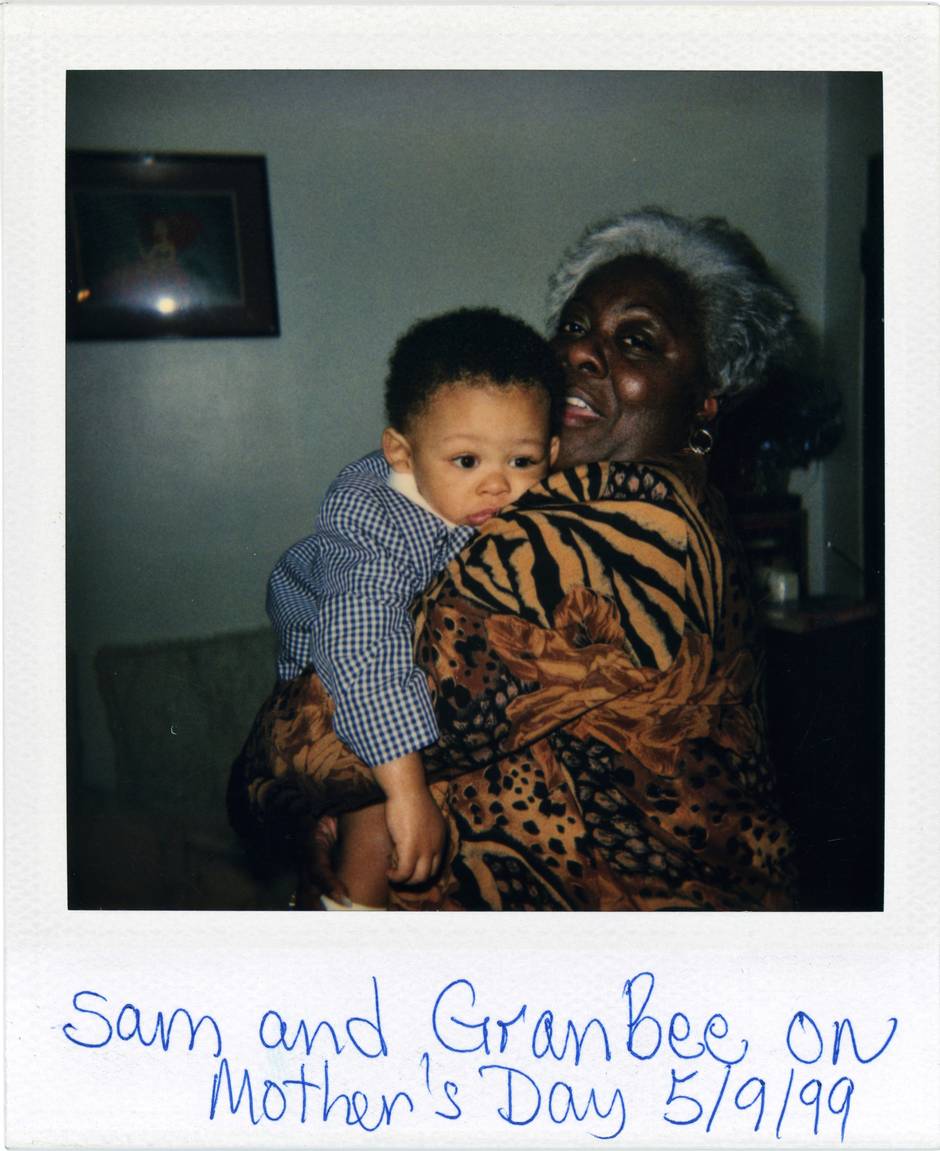 “The title of the exhibit reflects a phenomenon that is happening, in which photographic images of everyday black folk are disappearing and era is being forgotten,” says Dr. Montague, the co-curator and Toronto art collector. “It’s up to us to hold this stuff from the dustbin of estate sales and so forth, and pull it into the realm of something to be considered contemporary art.”

For whatever reason, the majority of snapshots originate from Los Angeles. A batch taken at California’s San Quentin State Prison shows a family and the incarcerated black male protagonist over the course of years. In some shots, the subjects are relaxed and smiling, while other shots portray a more pensive mood. All the photos, however, are taken in a way that de-emphasizes the institutional setting.

“It’s sad that we look at them and actually muse about the origins and the outcomes of what’s happening in the prison photos and the lives represented in them,” says Mr. Lee. “The act of looking is a bit problematic, because somebody paid a price, and the price is probably still being paid.”

Asked about the sheer volume of Polaroids, Dr. Montague laughs. “I’m a minimalist by nature, but with this show it’s all about more is better. Ten images? Pretty good. But 800 images, now you’re talking.” 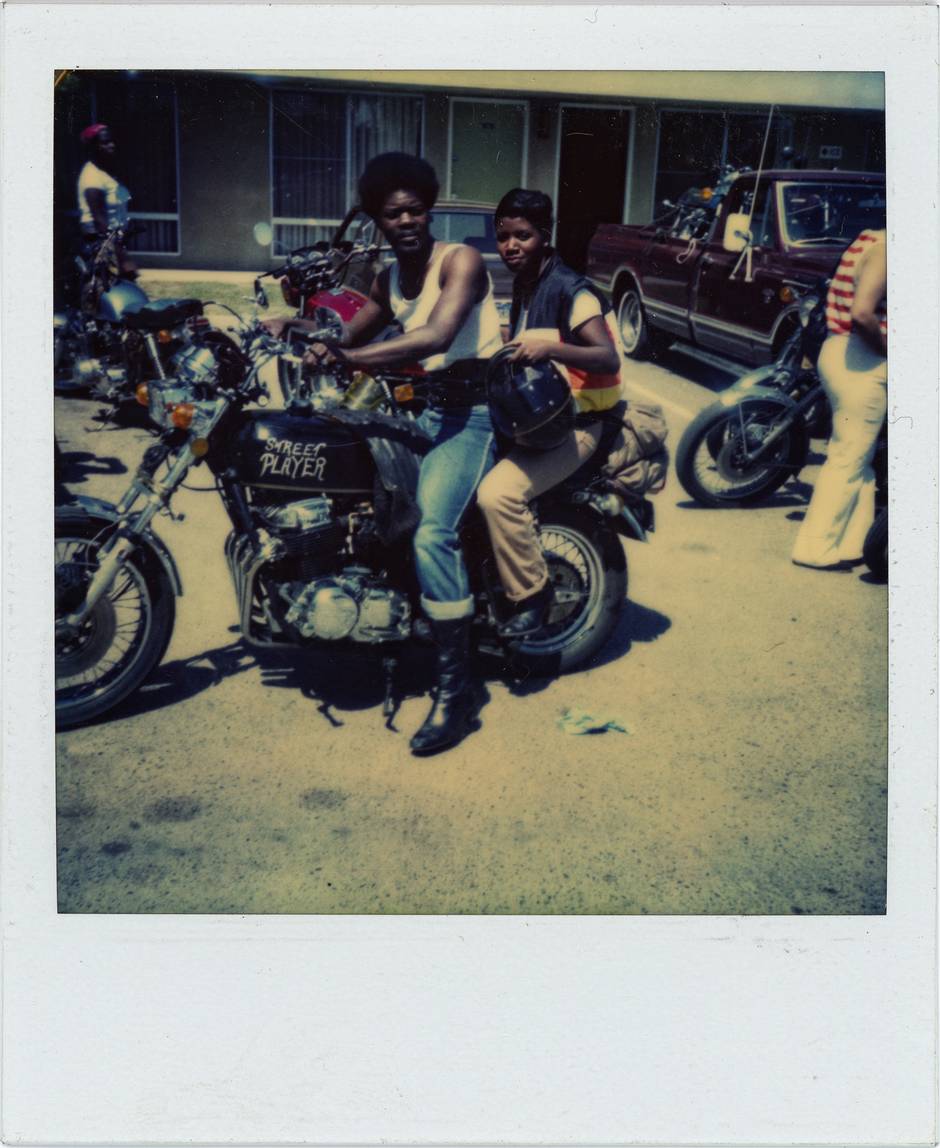 Unlike digital photography (or traditional film, with negative copies), Polaroids aren’t reproducible. What fascinates Mr. Lee aren’t the images themselves, but that he is in possession of them. “How did these precious images end up on the street?” he asks. “What happened in people’s lives to cause them to lose something so personal?

The Fade Resistance project does not end with the exhibition. Some of the Polaroids have notes on the back or in the margins, providing clues to their origins. Mr. Lee hopes to return the family-album mementos to their original owners, and to document the snapshot homecoming and the stories behind the pictures. He’s tracked down a couple of the families in California, but so far the people contacted have been reluctant to discuss the history of the Polaroids and how they were lost.

One woman, when contacted, laughed and said she had thrown the photographs of her and her divorced husband away purposely. “She told me she’d rather I burn them than return them,” Mr. Lee says.

As for his own family affairs, the outlook is uncertain. He doesn’t have a relationship with his parents, who remain (with a younger brother) in Germany, and who are unhappy with his photography projects. “They feel that by me doing this, it’s shaming the family,” Mr. Lee says. “It’s something I was ready for. It’s sad, but my door is open.” 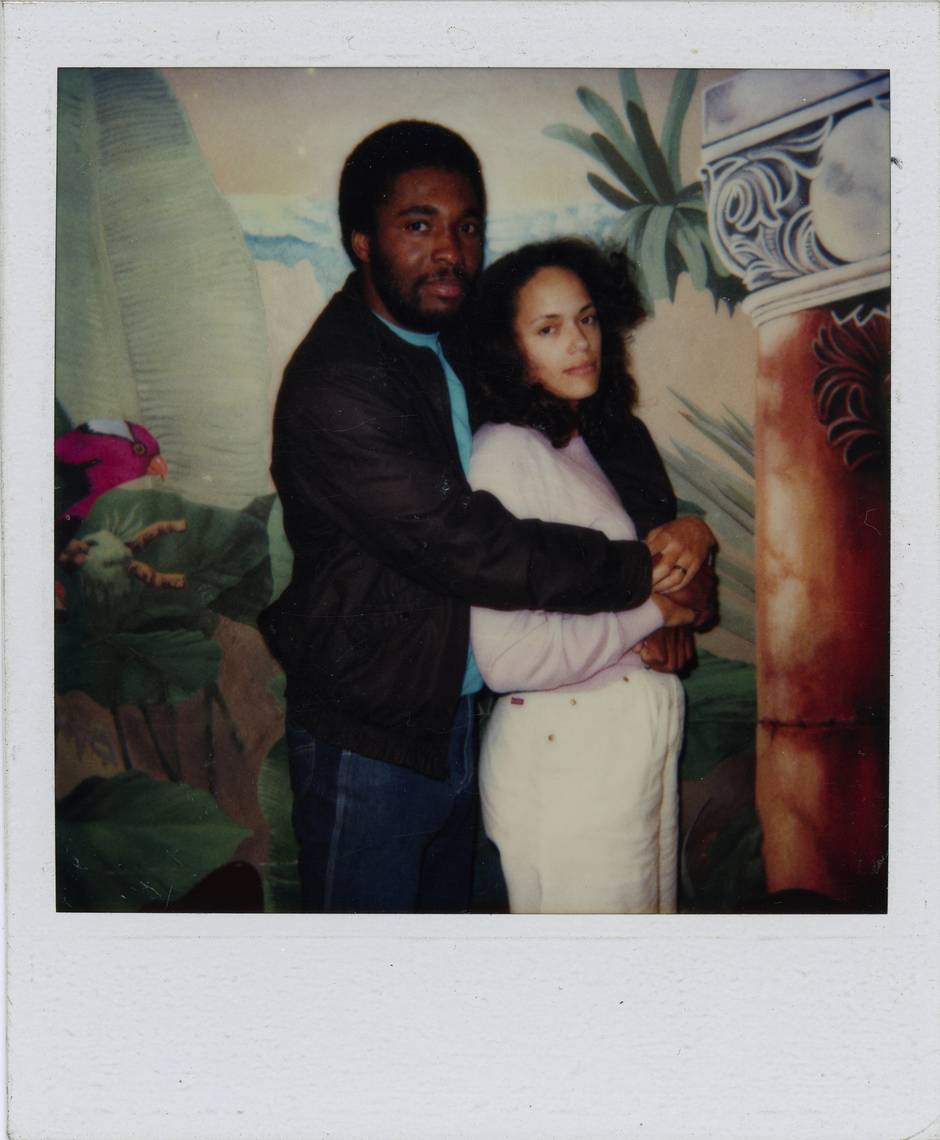 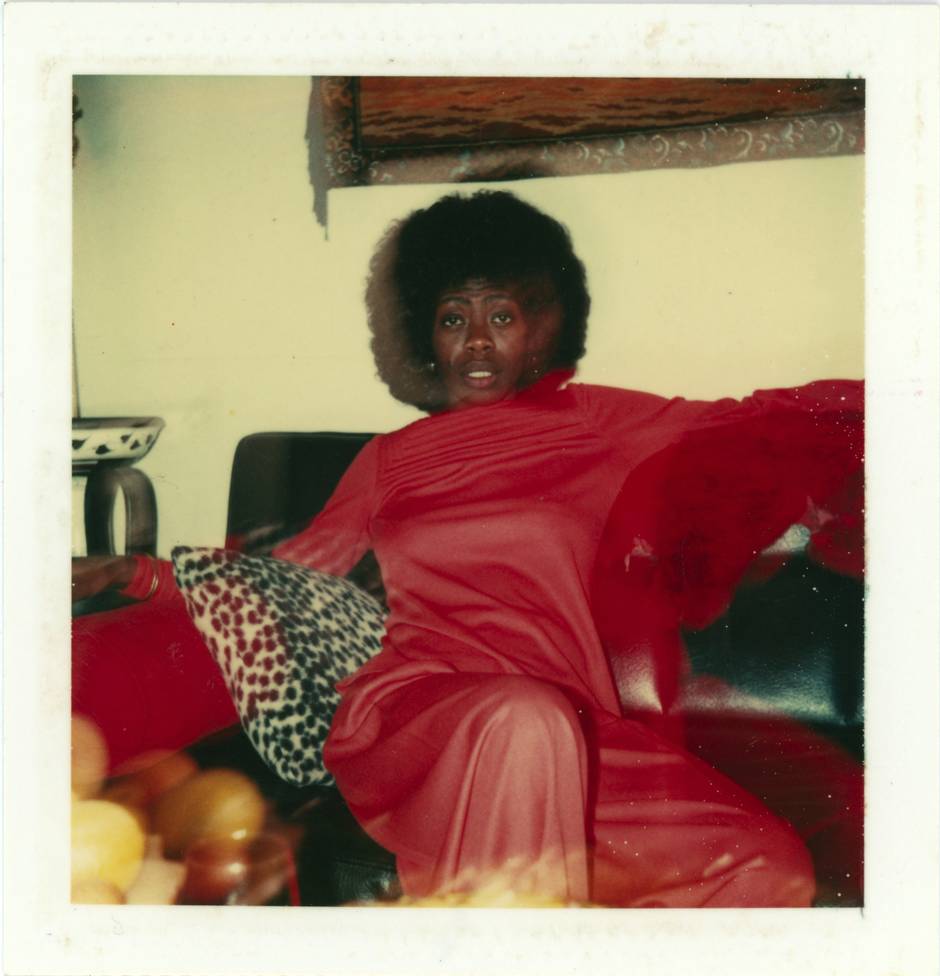 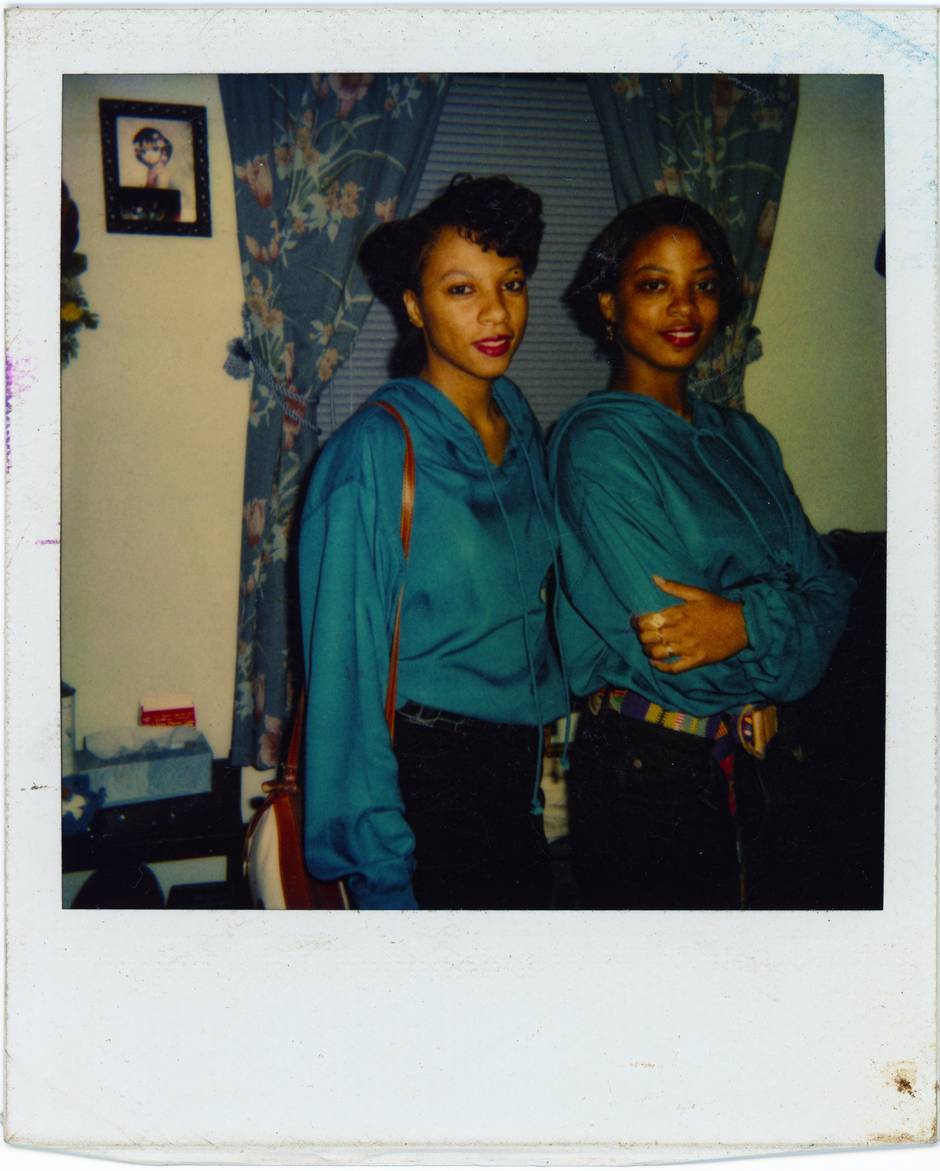 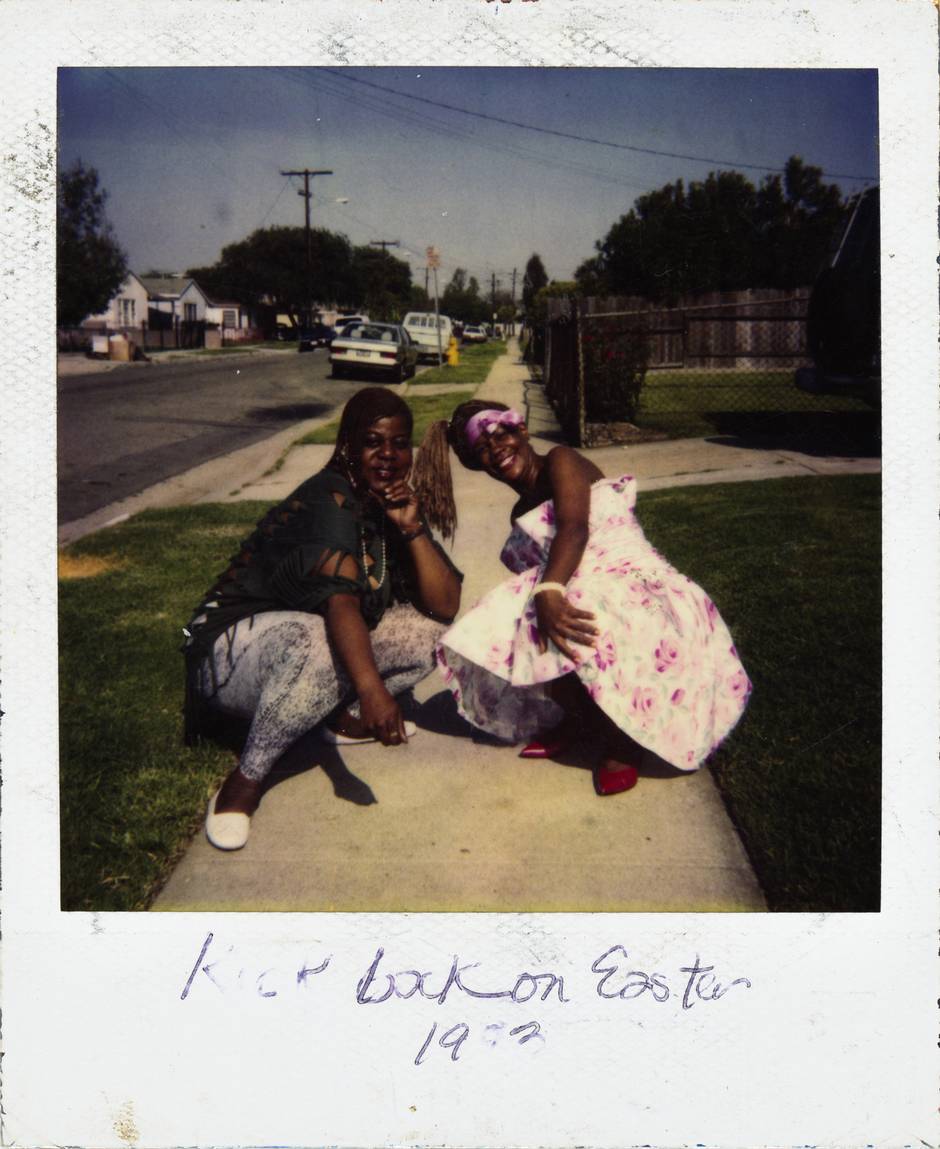