During Rob Ford's media blitz this week, in which he granted interviews to several major American broadcasters, there was one common refrain: he is a regular man under attack from the establishment. While touring a low-income apartment with CNN, he railed against "rich, elitist people" who look down on his consumption of drugs and alcohol. "I'm just an average guy," he told the network's correspondent Bill Weir.

Anyone who has ever peered into the financial affairs of the mayor and his family would find his identifying with "poor people" peculiar. His family's many assets include the label and sticker business, Deco Labels and Tags Inc., co-founded by the mayor's late father, as well as substantial residential and commercial real estate holdings. It is difficult to put an exact price tag on his family's worth, primarily because Deco is a private corporation. But public records show that Mr. Ford and his family members are far better off than your average Canadian.

Between their private residences, their three Florida condominium units, their three plots of Muskoka land and waterfront cottage, as well as three swaths of commercial land – totalling 156,421 square feet – owned by companies they control, the Ford family has real estate holdings worth more than $10-million. That figure is based on valuations conducted by MPAC, the Municipal Property Assessment Corp., which is responsible for valuing land for tax purposes. It is also based on tax assessments in Broward County, which is where their Florida vacation properties are located.

The two plots of land that house Deco's Toronto plant, which are owned by the family holding company, Doug Ford Holdings Inc., are worth about $3.4-million combined, according to MPAC assessments. Their real estate portfolio also includes property in an industrial part of Etobicoke, north of Highway 401, that their late father bought through one of his companies for $370,000 in 1978. That parcel of land which is located at 85 Vulcan St., currently used by a long-haul trucking company, was most recently valued at $2.4-million. (The owner of the trucking company, Janusz Poreba, estimates that he pays about $12,000 a month to Deco to lease the premises.) Rob Ford, Doug Ford and their mother Diane Ford all own homes in a desirable pocket of central Etobicoke, where the yards are expansive and luxury cars dot the roadways. Doug Ford's home is valued at $1.7-million. Rob and Doug's childhood home, where Diane still lives, is valued at $1.3-million. The mayor's home appears relatively modest – it's a white-brick bungalow. But it's in a prime location, at the bottom of a hill that winds up to some of Etobicoke's largest mansions. It is valued by MPAC at $888,000. In October the average resale price for a home in the Greater Toronto Area was $539,058.

Deco's profitability, and Rob Ford's share of those profits, is something that is not publicly disclosed. The company has a wide array of clients – including retailers in the cosmetic, household cleaning and food and drink industries – who rely on Deco to produce the self-adhesive labels for their goods. In addition to the family's Etobicoke plant, it also has operations in Chicago and New Jersey. As a private company, there is nothing that requires Deco to publicize its revenues or profit. Robert Murdock, a former stockholder in the distressed New Jersey label company that Deco purchased in 2008, said in an interview that, when that particular plant was sold, his former company's annual sales were probably between $4- and $5-million. Doug Ford Jr. has said that the Chicago operations have grown considerably since he moved the company's business there in the late 1990s. In 2010, when The Globe and Mail profiled the newly elected mayor, an industry publication showed Deco's annual sales were about $29-million. Since then, a Toronto Life profile of Rob Ford put that figure at $100-million, a number that one industry insider said seems quite high.

When the Ford family patriarch, Doug Ford Sr., died in 2006, there was very little that was divulged about his net worth in Ontario court estate filings. But a deeper dive into the Ford family's property records shows that as of early 2013, the estate contained enough to make a $5-million loan. In late March, the Estate of Douglas B. Ford loaned $5-million to the Ford family holding company, Doug Ford Holdings Inc. (The loan was secured by the three parcels of commercial land owned by the holding company, which is why the figure appears on public documents.) The trustees of Doug Ford Sr.'s estate are Rob and Doug, as well as their mother and their older brother, Randy Ford. There is nothing on the public record about how much, if anything, the mayor or his councillor brother have, or will, receive from the estate. Councillor Doug Ford Jr. has reacted angrily to inquiries about how much he has earned as a businessman and how much he was given. He has credited himself with pushing Deco into the United States, a move that he says his father resisted. This week, when he was asked by Globe city hall reporter Elizabeth Church about what he inherited, he replied: "You know something, I worked my ass off 18 hours a day for my money. I started a company that was a mom-and-pop shop, sacrificed my life. I'm an entrepreneur. That's the country we live in. When you are an entrepreneur, you work your back off in a little printing company and you make it grow through hard work. That's what this country's all about."

Since 2012, Rob Ford has driven a Cadillac Escalade, a sport utility vehicle that, at the time, cost a minimum of $63,000. The luxury vehicle sells for more than double the average price of a new vehicle in Canada, which Power Information Network data puts at $31,500. A new Escalade is about four times the price of the most inexpensive version of a new Honda Civic, the most popular vehicle in Canada.

With files from Stephanie Chambers and Elizabeth Church

With files from Stephanie Chambers and Elizabeth Church 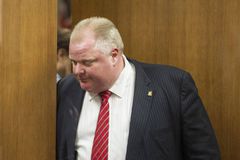 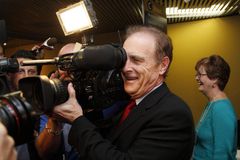 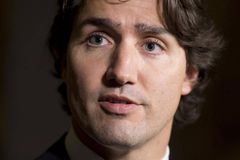 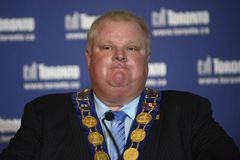 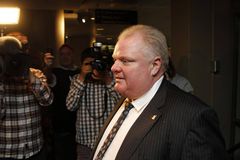 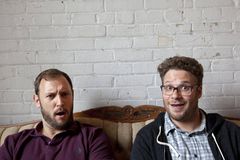