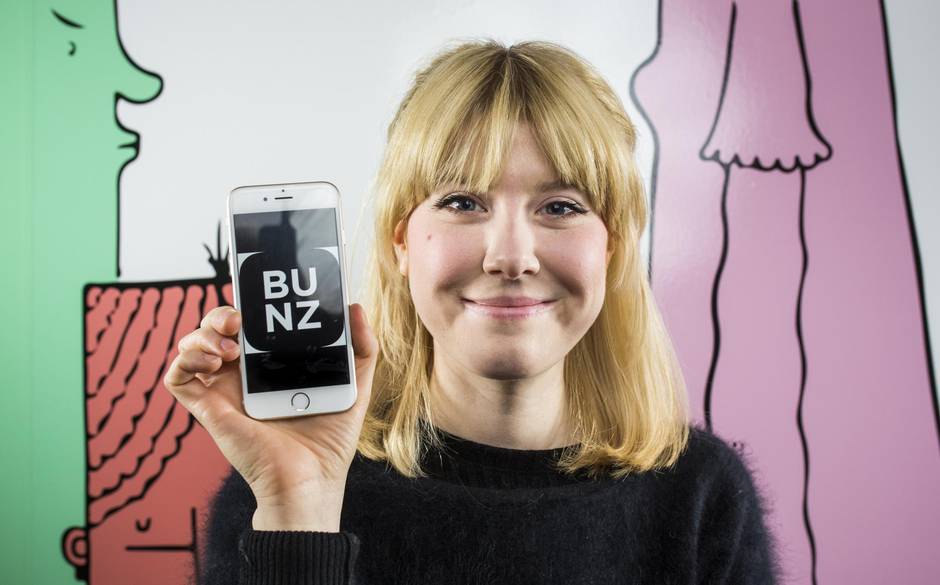 When this article is shared on the Bunz Trading Zone Facebook group, there will undoubtedly be members who will curse its existence.

“The first rule of Bunz is that you don’t talk about Bunz,” a peeved Bun might say. Someone else might argue that once The Globe and Mail covers the group, it has jumped the shark. When I asked a good friend and active Bun to speak with me for this story, she agreed to only comment anonymously because she didn’t want anyone to get upset with her for letting the secret of Bunz out.

But to say that Bunz is a secret group is no longer accurate. When my anonymous friend joined about 11 months ago, its membership was a mere 2,500. Since then, word has spread and Bunz is now home to more than 30,000 Torontonians who can post things they no longer want in exchange for other items. And now with a new Bunz app available to the public, the community is being pushed further into the spotlight, whether they like it or not.

Part of the media backlash stems from previous reports that focused on the sensational aspects of the group. It’s true, people ask or offer up tall cans of beer or bottles of wine in exchange for goods. (The main rule of Bunz: no money can be involved.) Some trades even involve “420” – Bunzspeak for marijuana. Amateur taxidermists seek out roadkill to practice their craft, and posts receiving the most interest sometimes involve used sex toys.

While these vices attract shocked and amused outside interest, more often, the regular items up for trade are more mundane. I’ve traded dozens of books for unopened bags of Halloween candy, a breadbox for cans of beer, and received a blazer in exchange for peppers I grew in my own yard. My friend is more active with more than 35 trades involving clothes, furniture, camera equipment and other electronics.

At the centre of the Bunz community is Emily Bitze, a musician in bands Milk Lines and Wish, who is fondly referred to as Mother Bun. Two years ago, she found herself broke and unable to afford ingredients for a pasta dinner at home. She reached out to her Facebook network and started the group as a money-free trading space for people in her extended social circle.

At first, it was called “Bumz Trading Zone,” a reference to the often-used “can I bum a cigarette?” Over time, as the group extended far beyond Ms. Bitze’s friends, newer members argued that the name was derogatory.

Until recently, Ms. Bitze was the sole moderator, managing complaints and overseeing contentious discussions. As with all active online communities, Bunz can, at times, require a referee and Ms. Bitze’s inclusive and fair approach make her the perfect person to play the calm parental figure. 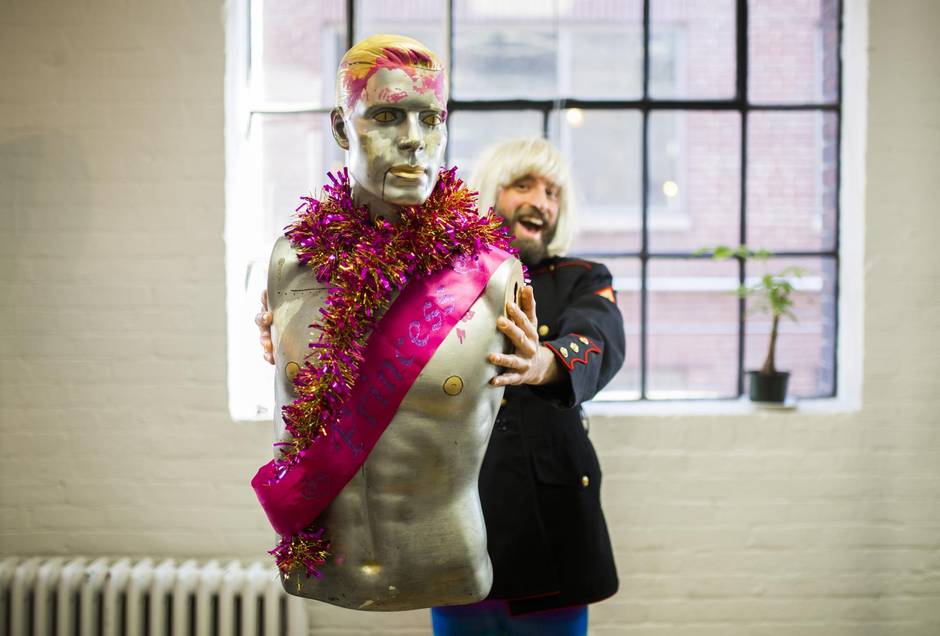 Ken Ferguson got a mannequin, plus a wig and jacket. Mark Blinch/The Globe and Mail

The most common complaint is about flaky traders who, despite making plans to meet up with another Bun, fail to show up. Other contentious debates revolve around whether a Bun should post pets in need of adoption and whether posts that don’t involve trades should be allowed.

In response to the overwhelming volume of posts on Bunz, specialized subgroups have formed: for jobs, dating, housing, wedding-related trades, parenting and more than one group dedicated to sharing food – all using the Bunz name but not officially connected to Ms. Bitze or her team of moderators.

Trading is just one part of what makes members visit the page regularly, sometimes multiple times a day. The group’s newsfeed can read like the best of Craigslists ads with witty exchanges and, at times, support for a lonely or heartbroken Bun.

Ms. Bitze remembers one person who posted about having a bad day and, in addition to receiving messages of support, the bummed Bun received flowers sent to her office from another member. Another Bun who had posted about a stolen bike was delighted to find it days later and, along with the help of other Buns who showed up with power tools to remove the locks, was able to free the bike (under police supervision). Dozens of Buns watched through live posting on the Facebook group.

What makes Buns feel like owners is that it is a unique online community in a city that is often criticized for being cold and unfriendly.

“When you come from a small village or even a small city, you often know who to call to borrow anything – I lost that when I moved to Toronto,” laments Jennifer Crawford, who moved to the city from Halifax. “Bunz was like instantly regaining that kind of far-reaching community.”

For some serious traders, the growth in membership has affected the functionality of the group. At peak times, there could be more than a dozen posts in an hour, many of them almost instantly buried in the newsfeed due to Facebook’s algorithm. 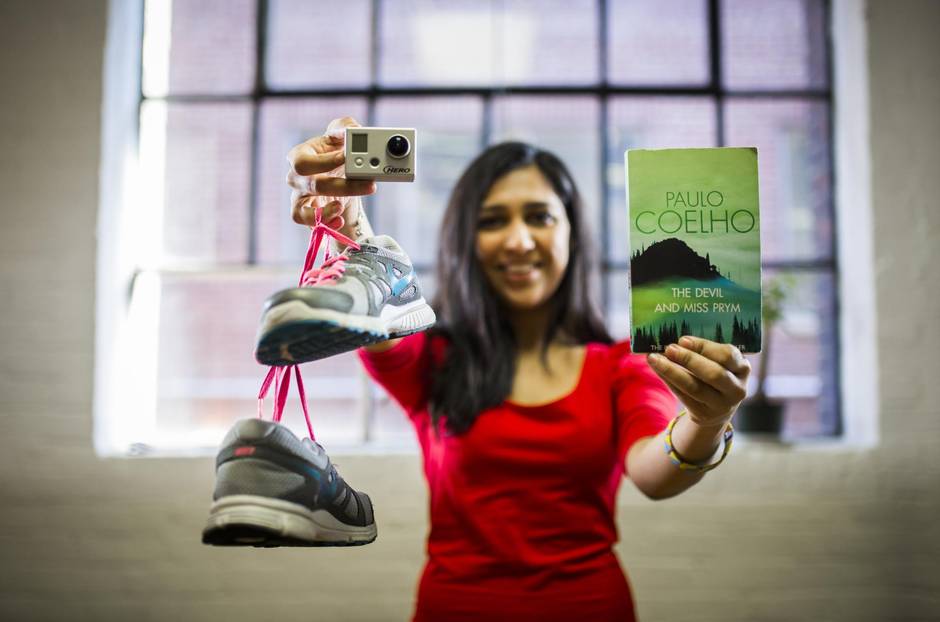 At times, Ms. Bitze has limited the number of new members and, at the beginning of the year, had a waiting list of more than 6,000 people on deck to join. She wasn’t trying to limit the community but wanted to wait for the iOS app and website (bunz.com) to be released, hoping that these new platforms would alleviate the stress on the Facebook group’s newsfeed.

After months of working with developers, Bunz has an attractive app that combines the classifieds features of Craigslist with the photo-heavy look of Instagram, while aiming to replicate the community feel of the Facebook group.

Two weeks after the iOS app launched, there were 4,000 users but most of them are not yet actively using it. For members who want an easier way to see postings without the clutter of off-topic conversations, it works well, but usage is low in comparison to the Facebook group. Most members visit Facebook multiple times a day – after all, it’s the third most-popular site in Canada. It also has security features not on the Bunz app, such as the ability to review potential traders by viewing their profiles and seeking out shared friends.

Ms. Bitze suspects that most Bunz are Android users and expects the numbers to increase once the app is released for that platform later this month.

“We’re already working on version two with improvements,” she says. “We’ve built it all based around what the community wants and what we think they want. It has got to be perfectly curated for them.”

What makes Ms. Bitze such a good Mother Bun is that while Bunz is her baby, she is constantly making sure that decisions are not made without consulting its members. She has yet to be approached by sponsors or advertisers, but if and when that time comes, she won’t be making any decisions without going to Bunz for their opinions. Even the criticisms are taken into consideration.

“I try not to engage with the negative comments, but I take them and I make note of them,” she says. “It’s important to have that feedback. I try not to let it bother me, but those people are important, too.”

Ms. Bitze has acknowledged that, like all good things, the Facebook group will come to an end one day – at least as it exists today. 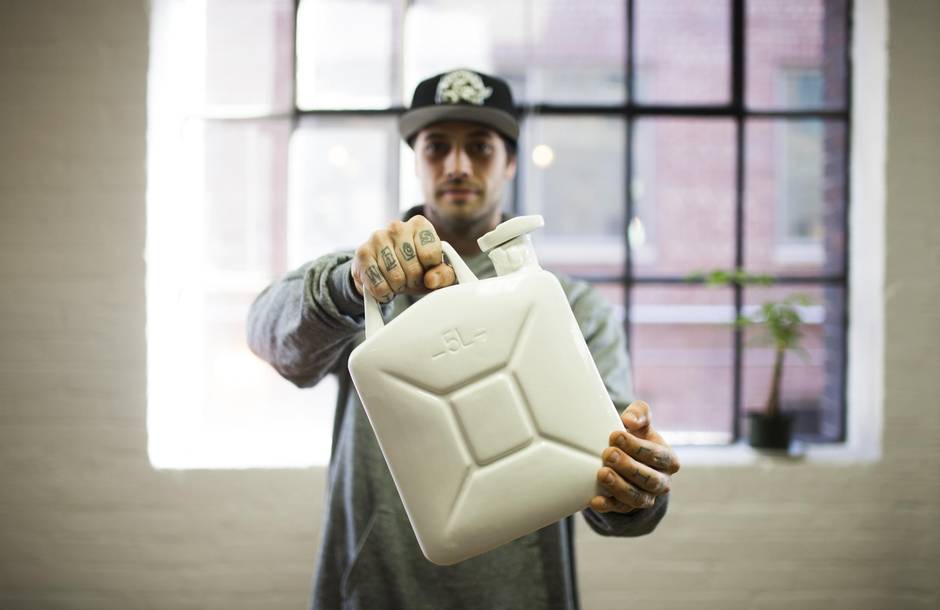 But she’s not concerned with that right now. In addition to tweaking the app, Ms. Bitze is planning to bring the Facebook community to life through events like movie nights and concerts.

When an old school bus was posted to the group, she immediately dreamed up ways to use it as a physical space for the Bunz community.

“These girls in San Francisco bought a bus and added little bathrooms and showers for the homeless community there,” Ms. Bitze says. “That inspired me, so I was like, ‘I want to get that bus and do something cool like that.’ I would maybe have a little free coffee hut or something. Come in, chill out on the couch.”