In the sweltering late afternoon heat, a dozen unmarked police cars suddenly surrounded a taxi van on a busy east end thoroughfare. With guns drawn, a swarm of officers pulled out a man in a blue soccer jersey and arrested him for the slaying of Johnny Raposo, gunned down three days earlier on a cafe patio in Little Italy.

He was not previously known to Toronto police, but a man with the same name and year of birth has a criminal record in B.C., including time in jail for assaulting peace officers and uttering threats. One court filing from last year says he lived in Vancouver's Downtown East Side and worked as a labourer.

Officially, detectives would not say what motivated the slaying, but a well-placed police source said Mr. Raposo had been involved with downtown gangs since he was a young adult. He once ran with a crew that sold drugs at the street level.

Officers had the suspect under surveillance all day, a police source said. He had ridden in a York Region cab into downtown Toronto and police moved in around 5:30, as the taxi sat on Parliament Street in front of the Dollar 4 U store.

The driver was also led away by police, likely to be interviewed as a potential witness.

"It was like a film," said Kabir Hossain, who watched the take-down. "We saw lots of arrests, but not this kind."

Detective-Sergeant Terry Browne said Mr. Wiwchar was carrying another person's identification at the time of the arrest. He said other police agencies, including the RCMP, were involved in the investigation, had come forward with information and took part in the arrest.

"This is a very extensive investigation we are conducting, we are at the very beginning of this investigation, and we have a lot of leg work to do," Det.-Sgt. Browne said. He would not say what connection, if any, Mr. Wiwchar had to the victim, or how police tracked him down.

He did, however, say he has ties to Toronto, but would not elaborate. Mr. Wiwchar is scheduled to appear in court at 10 a.m. on Friday.

A man named Dean Wiwchar in B.C. has seven criminal convictions stemming from five incidents in the Fraser Valley.

In the first case, he was charged with two counts of uttering threats and one of assaulting a peace officer in Abbotsford in June 2009, for which he received a 90-day jail sentence. The following month, he assaulted a peace officer on two separate occasions, got two more 90-day jail terms and was ordered to provide DNA samples.

In 2010, he was twice charged with uttering threats to cause death or bodily harm in Agassiz and was convicted both times. He received five- and three-month conditional sentences, plus a decade-long firearms ban.

Mr. Raposo was killed on Monday afternoon on College Street by a gunman disguised as a construction worker. A fixture in the neighbourhood whose mother lived around the corner, he was shot amid crowds watching the European soccer championships.

Police said he was targeted by the shooter. A second man who was injured in the attack was a bystander in the wrong place at the wrong time.

As the takedown unfolded on Thursday, Mr. Raposo's friends and family gathered across town at a Bathurst Street funeral home for his visitation. A steady stream of mourners arrived on foot or in cars, filling up the parking lot. Some 30 people congregated outside, as police guarded the entrance.

Most family declined to speak with reporters and one in-law said she had been told to say nothing. A woman who identified herself as Mr. Raposo's cousin said the slain man "wanted a better life," worked hard to get it and people were jealous of his success.

"He was a good father, and that's all you need to know," she said. "He took care of his family, loved his mother."

His funeral is scheduled for Friday morning.

Mr. Raposo lived in a home he had recently built in the Runnymede neighbourhood with his common-law wife and their 17-month-old son. The couple was expecting a second child when he was killed. He also had a history of brushes with the law, including an arrest last year on allegations he beat up a man over a game of gin rummy at a Mississauga gambling den.

With a report from Stephen Spencer Davis 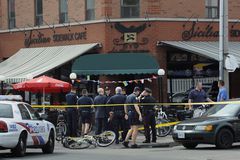 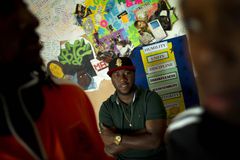 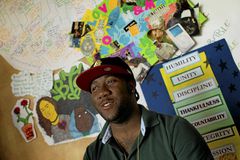 Gang-motivated or not, anger is palpable on Toronto's streets
June 5, 2012 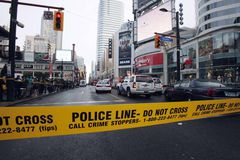 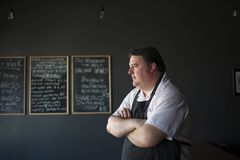