With his new book Undeniable: Evolution and the Science of Creation, the Science Guy and Emmy-winning educator Bill Nye says he wants an evolution – says he wants to "change the world." We spoke to him about the religion-versus-science debate from New York, in advance of his appearance at the Queen Elizabeth Theatre on Dec. 4.

A recent Gallup poll found that 42 per cent of Americans believe that a God created humans in their present form 10,000 years ago. With the rise of public atheism, doesn't that number seem awfully high?

You would think that the number would be declining. But the problem is that it's going up. In the United States, there's been a tremendous resurgence of conservatism, and along with that is fundamentalism or evangelical proselytizing. Whatever you want to call it, it's serious business.

But how serious is it? Even if 42 per cent of Americans don't believe in human evolution, humans are still evolving regardless, aren't they?

If society doesn't believe in climate change, society won't adjust its ways in order to fix the problem. But what's the harm in believing in unicorns or creationism?

What I don't want is to have a generation of science students brought up without an understanding of science or critical thinking or how we know what we know about the universe and our place in it. My concern is the young people – the future. If we raise a generation of kids that doesn't accept the process of science, we're headed for economic troubles.

You write in your book that evolution is why humans have trouble believing in evolution. Can you elaborate on that irony?

By the time a human gets a brain big enough to realize that he or she is eventually going to die, it's really, really troubling. People have a hard time accepting that, with all that we can accomplish. Here we are talking on the phone – you're in Canada; I'm in the United States. We can feed 7.2 billion people. We have extraordinary transportation systems. We learn all this algebra, all this calculus. We memorize poems. It's just hard to believe that all of that goes away when you die. And even if you believe it, as I do, it's very troubling. It's horrible. But nevertheless, it seems to be the way of the world.

The inevitably of death, that's the reason why people are resistant to the science of evolution?

That's the best idea I have come up with, yes.

The arguments in support of science and evolution are convincing. But aren't you, excuse the expression, preaching to the choir with your book? Can you use logic to persuade people whose beliefs are irrationally based?

I was having dinner with the book's editor, Corey S. Powell, a few years ago. He asked me why I wanted to write this book, and what was the point. I said I wanted to change the world. That's when he decided to work with me. Will the book change the world? I don't know. But that's certainly the goal.

I'm not kidding. I'm hoping the book nudges a few people to see things in a more rational way or in a scientific light. So, yes, I do want to change the world. I mean, why be in this business if you're not serious? 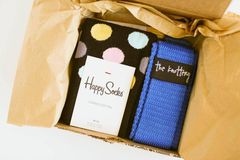 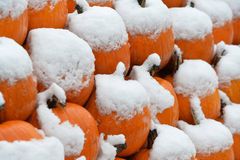