The board that oversees Toronto police has voted to freeze the force's 2013 budget without making layoffs, but the police chief is warning that a hiring freeze and the search for another $6.7-million in unspecified savings will mean fewer officers guarding the city.

"There won't be any hiring in 2013. The reality of that is by the end of the year we'll be down about 326 officers below our authorized strength," Chief Bill Blair said after the board voted unanimously Monday night to hold the line on police spending.

The decision came after weeks of back-and-forth between the chief and the board, which was carrying out the wishes of Mayor Rob Ford and the city manager, both of whom pushed every municipal department and agency to submit a zero increase for 2013.

Last year, the Ford administration backed off its budgetary demands of Toronto police at the 11th hour; this year, they stuck to their goal of a freeze, despite Mr. Ford's campaign promise to hire more officers.

Councillor Michael Thompson, the vice-chair of the board and the mayor's point person on the police file, said their solution proved it was possible to tamp down spending on the force without handing out pink slips.

"We are not compromising with the safety and security of our residents. We are not laying off anyone," he told his board colleagues.

The $927.8-million police budget approved Monday night includes: Freezing almost all hiring and promotions for 2013 for a savings of $6-million; reducing the overtime budget by an additional $1.4-million; deferring a $5-million contribution to a vehicle reserve account; and directing the chief to find $6.7-million in "additional savings."

Mr. Thompson and the board's chair, Alok Mukherjee, told reporters that the extra money would be siphoned out of the force's anticipated surplus for this year.

"What we know is that in 2012 there will be a surplus of $8-million that will come to the police service through a budget surplus," Mr. Thompson said. "We are asking that $6.7-million of those funds be utilized in balancing the 2013 budget. … I think it's an ideal position to be in."

But the chief and the police service's director of finance both said that is not how it works – any surplus goes back to the city.

"This is essentially an unallocated cut," Chief Blair said. "The board recognized that there was no other place to take it. It's just simply thrown up there and [we're asked to] go look for it. So we'll go look for it."

The chief even suggested the budget freeze could derail a class of 80 new police recruits that is scheduled to start Dec. 19.

"By taking nearly $10-million out of our budget, I don't think it'll be possible to actually pay their salaries," he said. "So that's one of the things I'm going to have to look very seriously at as to whether it's possible to put that class forward."

The vote to freeze the budget came after more than a dozen speakers pleaded with the board to avoid layoffs. One was Patricia Hung, the mother of 14-year-old Stefanie Rengel, whose 2008 murder shocked the city.

"I want my remaining children to feel safe and I never, ever want to suffer or see anyone else suffer as I did before, nor do I want to feel forced into moving," said Ms. Hung, herself a police officer.

"I don't want services cut and I don't want officers to be handcuffed when trying to do their jobs. We as citizens deserve better."

The possibility of layoffs had been raised by Chief Blair, who told the board in November what it would take to meet the target set by the city manager and the Ford administration: Cancel all recruit classes in 2013 and layoff 137 officers and 52 civilian staff.

Nearly 90 per cent of the police budget is salaries.

The chief later returned with another offer that shaved $2.3-million from an original budget request that was $21.4-million richer than the 2012 purse.

At that point, the chief asked for an increase of $19.1-million or 2 per cent and suggested cancelling a planned April 2013 recruit class and adjusting two others while the force awaits an external consultant's report on how many officers are needed to keep Toronto safe.

That report is expected to be ready by the end of March.

Studying the appropriate force strength for Toronto is just one of the ways Mr. Mukherjee and Mr. Thompson are hoping the force can constrain its budget permanently.

Neither of them would say whether they will be asking Toronto police to freeze its budget again in 2014.

By the middle of that year, the force could be down 425 officers from its approved roster of 5,604 if no new hires are brought on to replace officers who quit and retire, the chief said.

"Hopefully, perhaps in another fiscal environment, in another year, people will make other decisions with respect to how many people we need," he said. "Because that can have a pretty significant impact, that many fewer police officers in the city."

5,604: The approved number of police officers for Toronto.

5,400: The average number of officers in 2013, if the police board approved a two-per-cent increase to the police budget. (The number is actually expected to sit below that target for much of the year.)

5,061: The average number of officers in 2013 with a 0-per-cent increase, according to Chief Bill Blair. He says a freeze would require halting a December recruit class. cancelling all recruit classes for 2013 and laying off 137 uniformed officers. 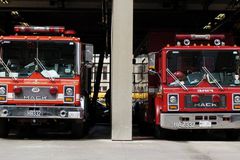 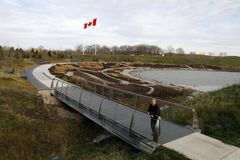 Toronto police would be country's highest-paid under contract offer
May 5, 2011 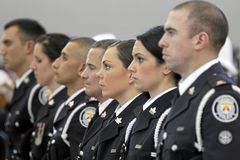 Toronto mayoral by-election cost could rise to as much as $15-million
December 6, 2012 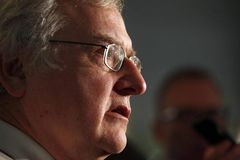