The Toronto Board of Trade is responding to Police Chief Bill Blair's call for the business community to attack the root causes of gang violence with jobs.

Carol Wilding, the board's president and chief executive officer, said Wednesday that the recent spate of violent crime in Toronto already had some members of the business community asking what they could do to help.

"It has to be a city that everybody can participate in and feel safe in and be a part of, and right now the events of the past couple of weeks would tell us that we've got a lot more work to do," Ms. Wilding said.

She said she wants to sit down with Chief Blair to discuss measures to prevent youth from joining gangs, including policing, education and employment, and then bring that conversation back to her members.

"This is a time when people will trot out programs of the past or will trot out some platitudes, and I think we really need to push to get beyond that and get some really clear actions in place," she said.

The Board of Trade supports a joint public-private initiative called Partnership to Advance Youth Employment (PAYE) that helps match high-school graduates and university students from priority neighbourhoods with jobs. The program, which started in 2007, has the support of dozens of local employers.

But according to Chief Blair, avoiding gang recruitment needs to start early. In an interview with The Globe and Mail on Tuesday, he said police keep track of people associated with gangs – roughly 2,100 of them – and by the time some kids turn 14 or 15, it may already be too late for intervention.

Ms. Wilding said it may be possible to replicate the PAYE program and use it as a model to reach younger kids.

Chief Blair has experience hiring youth from priority neighbourhoods through the Youth in Policing Initiative, which brings about 150 kids to work with the force every year.

Chief Blair said that when violence occurs in the poorest, most marginalized communities, some city residents may not think they're affected.

"It doesn't cause the same level of concern when it happens [as] on Yonge Street on Boxing Day, where everyone goes, or in the Eaton Centre," he said. "Some victims get discounted because of where they live and communities they belong to."

His comments came just two weeks after a shooting on Danzig Street in Scarborough, where two were killed and 23 injured at a block party.

Chief Blair said business leaders need to know that welcoming kids who live in at-risk neighbourhoods does not equate with introducing risk into their companies.

He said he went to the Board of Trade years ago to ask if it could start a program to create job opportunities for kids in those neighbourhoods. "I made a mistake," he said. He asked them to hire "high-risk youth," and later realized his message had not come out right.

"It was my language, I blew it," he said. "They're high-potential kids, they just happen to come from at-risk neighbourhoods."

John Tory, the chair of CivicAction, a group whose mandate is to better the social and economic future of Toronto, said youth employment is key to preventing violence.

But Mr. Tory said CivicAction does not have ongoing programming own aimed at increasing such opportunities: "We don't really run programs like that. We get people around the table who can."

He said CivicAction is working with the provincial government to determine how it can help with the problem. Mr. Tory said targeted hiring is complex and cautioned it may be difficult for some companies to reach youth unilaterally.

"If you're talking about the small and medium-sized business community," he said, "they simply don't have the resources to on their own just go out, figure out which kids to go to, which neighbourhoods to go to, how to look through all the different résumés."

But help can be found if you ask in the right places – the neighbourhoods themselves.

Jam Johnson, the executive director of the Neighbourhood Basketball Association, which operates close to the scene of the Danzig Street shooting, said he would be pleased to help match local kids to businesses.

"I've got endless amounts of youth that are ready to go," he said, "Everybody's ready to work."

Mr. Johnson said that when kids get into jobs they start to feel proud of themselves and their accomplishments. They start to avoid trouble because it could jeopardize their opportunities.

Mr. Johnson welcomed anything the Board of Trade could do to increase youth employment in the neighbourhood. "This is something that we're waiting for and we hope it comes to fruition." 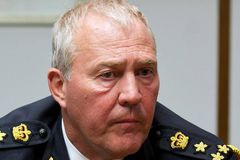