Walnut Grove Public School in north Brampton hasn't even opened its doors, and it's already over capacity.

When students move into the new building this fall, more than 100 of them will be accommodated in the nine portable classrooms that will sit on the north side of the building on the blacktop.

Once a rare, temporary solution at aging schools, clusters of portables have become a normal part of the landscape in Brampton neighbourhoods.

At Castlemore Public School, which opened in 2008, there's a trailer park-like colony of 18 portables on the blacktop behind the school – the outdoor space is heavily crowded at recess, even though junior and senior students are let out at different times. At Beryl Ford Public School, which only opened last year, there are 11 portables on school grounds with no room left to add any more.

Brampton, which is home to the youngest population in the GTA, also has one of the highest growth rates in Canada (while Toronto's population grew 4.5 per cent from 2006 to 2011, Brampton's shot up by 20.8 per cent). The school board has adopted a range of measures to cope, from using portables, to running a "hotel school" to house children while their school is being constructed, to routinely redrawing school boundaries to keep up with growth in establishing neighbourhoods.

But given the disruption to students and strain on facilities that such solutions bring, parents are asking why the board can't get a better handle on its growing pains and why the province hasn't made the region a funding priority.

The prevalence of portable classrooms irked Brampton parent Jagmohan Sahota so much that he pulled his two children out of the public system five years ago to put them in a private school at the cost of $30,000 a year, a solution he said several of his friends have turned to as well.

"It doesn't look like you're going to school in Canada," he said. "In third-world countries, you can understand, but if you're pay tons of taxes everywhere … this kind of service we're getting back is ridiculous."

The biggest challenge for planners within both the school board and the city is the way in which Brampton's population is growing. Basement apartments and multifamily homes are an increasingly popular choice of living, especially among the city's South Asian community, and that has made some neighbourhoods far denser than planners anticipated. While a detached home in a typical subdivision might have been built for a family with two kids, some are now occupied by two families with six kids between them.

The average yield of school-age children per household in Toronto is 0.24, according to the Toronto District School Board. That compares with 0.34 throughout the Peel District School Board, a figure that can be as high as 0.73 in some neighbourhoods in Brampton. Full-day kindergarten was introduced in 2010, and the number of full-time equivalent elementary students swelled by 11 per cent from 2009 to 2013.

Last fall, at Beryl Ford Public School, an unexpected bumper crop of 380 students registered just as the year was starting. Principal Connie Stella had to hire 13 to 15 staff members on Labour Day weekend to cope. "It's amazing, the growth of student population. A lot of the homes, they do rent their basements out, and that's where we're getting the overflow," she says. "[Schools] can't really determine how many kids they might have."

Randy Wright, controller of planning and accommodation support services at the Peel board, says it has struggled to get a handle on neighbourhood populations but has come to more accurate calculations in recent years. Brampton's planning department works closely with the board and the population forecasting now includes secondary units (basement apartments) and factors in census undercounts.

And to explain why even new schools appear to be bursting at the seams, Mr. Wright says the board builds facilities based on predictions of how school populations will stabilize over time. New schools are usually constructed during the peak enrolment period, Mr. Wright says, and that's why portables are used at first with the plan to remove them eventually. The planning department builds in such a way that there won't be unused, wasted space in schools five or 10 years down the line when enrolment evens out.

Even if they're only a temporary fix, teachers say portable classrooms provide an inferior learning environment.

"It's never a great situation to take part of your community and put them outdoors, right? They almost feel isolated in a way when you put them outside," says Matt Kuehn, a Grade 6 teacher at James Grieve Public School in Caledon, who will be moving to Brampton's Walnut Grove school in the fall. Mr. Kuehn's first teaching job was in a portable classroom at a Brampton school. Without running water, he had to carry two buckets of water to his portable each morning to wipe down the chalkboard or clean up messes students made.

The influx of families in Navneet Bedi's north Brampton neighbourhood meant portables weren't enough to contain the booming student population; despite much community protest, the school board redrew boundaries in 2012. His children as well as many others who had been attending Mount Royal Public School for years were told they'd be going to a school that was yet to be built. In the meantime, they'd have to attend James Grieve Public School, nine kilometres away from the Bedi family home.

"It's not even remotely in the direction of where people generally commute – it's the opposite," Mr. Bedi said. "If kids are not well and need to be picked up or they have a doctor's appointment … you're doing an 18-kilometre round-trip extra."

James Grieve is known as the district's "hotel school," meaning that it becomes a temporary home to a population of staff and students each year who are waiting to move into a new facility. At the end of each summer, teachers and administrators strip the walls of posters and classrooms of personal items to take them to their new school. Then the new set of staff move in to temporarily customize the space for their student population.

The school is currently home to the group that will be moving in to Walnut Grove in September. In a plastic bin near the front doors are a dozen metre sticks, each with a yellow-card cutout of a bus and a number (from 1 to 12) on it. They are used for the twice-daily ritual of ushering the entire student body off or on their designated school bus – a routine teachers say was chaotic for the first few months of the year. It's a hotel in another sense, too: Because most kids are bussed in from Brampton, staff keep everything from extra sets of clothing to replacement meals on hand since students don't have the option of running home during the lunch break for forgotten items.

After Mr. Bedi's kids spent a year in the hotel school, they moved to one last school: Fairlawn Public School. He said the constant change has been difficult for his children's social lives as they cycle through a new set of friends each year. "I'm living in Brampton, my work is in Markham. I would be more than happy to move to Markham but I chose not to. I chose the commute [so] my kids get to have that continuity."

Mr. Bedi says if city planners know to build new roads and shopping centre operators know to build a plaza when a new neighbourhood is being developed, the school board should be also be able to prepare better for growth.

"I feel that the board's planning department should have some contingency numbers in there. Start estimating on the higher side," he said.

Mr. Wright said the board has tried to cap enrolment at some schools and attempted to minimize the disruption to the lives of students and their parents. But there's only a limited amount of money the education ministry provides for new projects. "I acknowledge portables will be a reality for some time to come in growth communities, but there's no question where we have evidence of sustained and continuing enrolment, it's best to get our schools out there sooner rather than later."

A spokesman for the Ministry of Education said the government does not have regional funding priorities. Instead, it funds projects based on assessments, with those with accommodation pressures receiving highest priority.

Gary Wheeler said in an e-mail that, last year, school boards submitted their requests and the ministry is doling out $494-million for 78 capital projects this year, including 39 new schools, 30 additions and eight renovations. The public board in Peel had requested funding to build eight schools, listing them in order of priority, but was approved for three. The Region of Peel as a whole, which includes Catholic and French boards, will receive about $67-million this year for five new schools.

While schools can, in theory, add as many portables as they can physically accommodate on their land, Mr. Bedi fears for the strain this puts on other parts of the school. When portables cannibalize blacktops, there's less room for kids to play at recess, he says. He points out that his kids had reduced gym time or had to co-share the gym with other classes when their school's population boiled over.

"You only have one gym in the building, right? That does not change no matter how many classrooms you have." 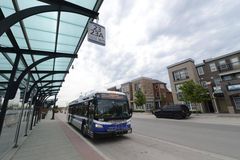 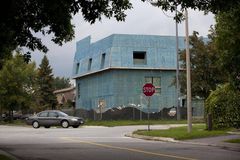 Controversial Muslim writer says multiculturalism isn’t what it once was
March 7, 2014 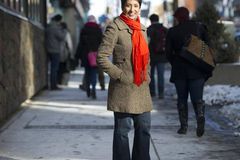 Anti-immigration flyers distributed in Brampton, Ont. not a hate crime, police say
May 8, 2014 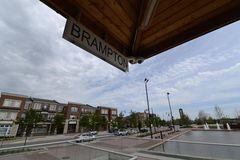 Follow Dakshana Bascaramurty and Caroline Alphonso on Twitter @DakGlobe @calphonso
Report an error Editorial code of conduct
Due to technical reasons, we have temporarily removed commenting from our articles. We hope to have this fixed soon. Thank you for your patience. If you are looking to give feedback on our new site, please send it along to feedback@globeandmail.com. If you want to write a letter to the editor, please forward to letters@globeandmail.com.
Comments