Branksome Hall Asia, as the school will be known when it opens in 2012, will be a lot like her Canadian sister. The green-pleated, kilt-wearing daughters of Korea's wealthiest families will attend English-language classrooms with the goal of winning admission to a top North American university.

There will be one key difference: Consultants and marketing experts expect that the Korean location on Jeju Island will boast an enrolment of about 1,000 girls within five years of opening, meaning it will be even larger than the 107-year-old Toronto school.

The new campus was conceived nearly a year ago after the South Korean government approached a handful of leading English-language private schools - England's North London Collegiate School was the first to commit - and invited them to build on Jeju Island. It underscores Asia's growing appetite for Canadian schools and the importance of the international market to the survival of Canada's oldest and most prestigious boarding schools, many of which are concentrated in the Greater Toronto Area.

"Our Asian students represent about 20 per cent of our overall boarders, they're one of the largest groups," said Michael O'Connor, chief marketing and enrolment officer at Appleby College in Oakville. "Toronto's really appealing for the Asian market because we have strong Asian communities here. I think that that was one of the original attractions for Korean families and it definitely comes up in conversations with families in Shanghai, Beijing or Hong Kong."

Toronto families are less inclined to send their children away from home for their schooling, and in order to fill boarding-room beds, admissions officers at Canada's top institutions have been competing for foreign students. Recruiters for schools such as Lakefield College, Trinity College School and Appleby College who decades ago attracted the vast majority of boarders from Toronto and mid-sized Ontario towns now lead a jet-set lifestyle that takes them regularly to rapidly growing markets in China and Korea.

In May, Appleby hired a Hong Kong-based admissions officer to focus on recruitment in China, Korea and Hong Kong. Many parents in these markets see Canadian private schools as a safe and multicultural gateway to North American universities, Mr. O'Connor said, and Toronto schools are looking to tap that potential.

Branksome Hall Asia represents a new extreme for recruiting in the Far East, one that reverses the traditional boarding paradigm by bringing the school to the students.

Canada's late to the trough though, according to John Chan, a consultant who is currently working on a guide to Canadian education for wealthy mainland Chinese parents. (The guide will be called The Best in Canadian Education, and it will by published by Hurun, China's equivalent of Forbes).

Canadian schools "are world-class but they don't do a very good job overall marketing themselves," he said.

Mr. Chan is in the process of touring Canadian boarding schools, and through his research he's found that there are currently approximately 38,000 students from China attending schools and universities in Canada. Australia, a far smaller country, has three times as many, even though Beijing is almost equidistant from both Sydney and Vancouver.

"It is a really hot topic right now, positioning our Canadian boarding schools on the international scene, particularly in Asia," said Anne Marie Kee, executive director of Standards in Excellence And Learning, or SEAL, an association of Canada's top independent schools.

It's been a tough couple of years for boarding schools, which have seen the domestic market for boarding shrink as public education has improved, parents have become more amenable to long-distance car-pooling and the cost of live-in schooling has gone up.

"The cost of boarding school has outpaced inflation by 300 per cent over the last two decades," said David Hadden, a former headmaster at Lakefield College. "It used to be that the fee for boarding matched the cost of a mid-rate Chevy, but now it's more in the SUV-range."

Less than a year ago, a group of 27 boarding schools decided to collaborate on marketing Canadian independent schools. Setting aside their competition for tuition dollars, they embraced a model for promotion already employed by Australian, American and British schools. Mr. Hadden is leading the SEAL committee that has launched that effort.

Education insiders agree that one key element is missing from the effort: the various levels of Canadian government.

"We want the government to take a more serious look at this," said Mr. Hadden. "Those schools in Australia and the U.K. receive significant amounts of money to help promote themselves abroad and many of these students end up sticking around for university."

Canadian independent school leaders, including Karen Murton at Branksome, Mr. Hadden and Mr. O'Connor, say that many international students land in Canada with dreams of Harvard, Princeton or Yale.

"But it's interesting, when they reach Grade 12 and graduate, the majority of them are staying in Canada and going to Canadian universities because they begin to appreciate the quality as well as the cultural experience," said Mr. O'Connor.

This means that, at its best, Branksome Hall Asia could herald a welcome change of fortune for Canada, putting us on the winning end of a brain drain. 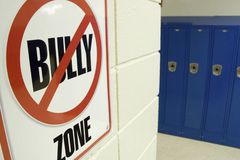