Friends and family of Skandaraj Navaratnam, who went missing nearly eight years ago from Toronto's Gay Village, finally have some answers about what happened to the 40-year-old.

Homicide Detective Sergeant Hank Idsinga announced on Friday morning that the Toronto Police Service had charged Bruce McArthur with Mr. Navaratnam's death, the sixth first-degree murder charge laid against the landscaper since his arrest a month ago.

More charges are expected and the investigation – which has now expanded to review hundreds of past missing-person files, unresolved murder cases and sudden deaths – could take years, Det. Sgt. Idsinga told reporters.

Related: Suspect in killings of Toronto gay men had history of violence

"I don't think it's just going to be months. It's going to go into the years," he said.

As for how many additional victims could be identified, he said, "We have no idea."

The news came nearly eight years after teams of friends, acquaintances and total strangers first fanned out across Toronto's east end, putting up missing posters and scouring parks for evidence of the gregarious native of Sri Lanka.

While Mr. Navaratnam's friends were aware of the possibility that his name would be announced as one of Mr. McArthur's alleged victims, they nevertheless held out hope that he was still safe and sound somewhere.

Those who remember Mr. Navaratnam recall a bright, friendly person who had no trouble making friends, and a witty and bubbly personality.

"He was quite charming and a great storyteller and a lot of fun. He had quite a charismatic personality," said Helena Werren, who met Mr. Navaratnam through a mutual friend in the LGBTQ community.

"He had the most beautiful energy," said Sarrah Becker, who had befriended Mr. Navaratnam through her mother. She also recalls him being a "fabulous dancer."

At the time of his death, Mr. Navaratnam was providing in-home care to an elderly man in his neighbourhood, spending his free time at a nearby dog park with his newly adopted puppy and staying with friends at a cabin north of the city. In the past, he had worked in Mr. McArthur's landscaping business, according to those who spoke to The Globe and Mail.

Mr. Navaratnam once pursued Mr. McArthur, according to a friend of the accused.

Mr. McArthur, who appeared briefly in court on Friday, had already been charged with the first-degree murders of Majeed Kayhan, Soroush Mahmudi, Selim Esen, Andrew Kinsman and Dean Lisowick.

All six slain men had connections to Toronto's Gay Village.

Mr. McArthur was arrested on Jan. 18. The latest charge indicates that he is alleged to have killed men who went missing as early as September, 2010.

Investigators have so far identified the remains of three missing men found hidden in landscaping planters recovered at a property in the Leaside neighbourhood where Mr. McArthur stored his tools.

Det. Sgt. Idsinga said there was a fingerprint match for the remains of Mr. Kinsman, who had died six months previously, while dental records were used to identify the remains of Mr. Navaratnam and Mr. Mahmudi, who disappeared in 2010 and 2015, respectively.

The remains of three other victims have been recovered but not identified yet. DNA tests have not been completed.

Police have gone through "upwards of 20" planters from the Leaside residence, on Mallory Crescent. Det. Sgt. Idsinga said police plan to go back in warmer weather, when it will be easier to dig in the ground.

Investigators are still combing through Mr. McArthur's apartment and expect to be there for another month or so. The detective noted that there are other properties in the Toronto area that police are interested in, including one where they may excavate.

"We do believe we have multiple murder scenes," he said.

Mr. Navaratnam's disappearance was one of the cases included in the 2013 Project Houston, which was set up to address three mysterious disappearances. Mr. McArthur has now been charged with two of them – Mr. Navaratnam and Mr. Kayhan – although police have yet to resolve the case of Abdulbasir Faizi, who disappeared just months after Mr. Navaratnam.

Police previously investigated the disappearances of Mr. Navaratnam and of Mr. Kayhan, who vanished in 2012, as part of Project Houston, which came up empty handed.

At Thursday's police services board meeting, Toronto Mayor John Tory moved to have a previously announced review of police handling of the missing-person cases be made public – "or as much of it as possible, within the law." The police board and Chief Mark Saunders also agreed to seek public input on that report when it is complete.

Mr. Tory acknowledged the matter has been a "deeply held concern of everybody in the community, but especially the LGBTQ2S community."

He said he has a "sense from the chief that [the report] is coming very soon." 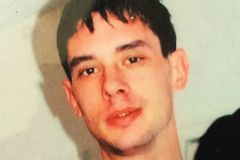 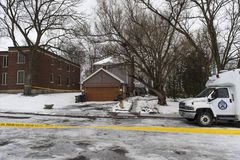 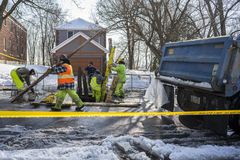