Changes have been swift and sweeping since last fall's election in Brampton, but the city is still stumbling over one big obstacle on the path to rehabilitation: its staff.

Salaries and benefits for city bureaucrats have been identified by an auditor as the biggest drain on the city's operating costs; the province's ombudsman has been asked to look into concerns about hiring practices; and staff are currently subjects of an investigation of alleged misconduct in handling a $500-million development deal. And in this time of strife, Brampton is searching for someone new to steer the ship: the city manager retired in January.

In October, Brampton voters used their ballots to cast out disgraced mayor Susan Fennell and elect seven new faces to council. Bringing accountability and transparency to staff has proven to be far more complicated.

"I'm left with the feeling that we can't trust anybody," said John Sprovieri, who has served on council for 27 years.

His recent disillusion with the city's bureaucrats stems from a controversy involving the city's handling of a lucrative development deal in 2011.

This week, council learned that a report into potential staff misconduct from municipal law expert George Rust-D'Eye has been delayed by more than two months. It stems from a $28.5-million lawsuit launched by a developer who alleges he was unfairly shut out of the bidding process for an extensive downtown renewal plan. Mr. Rust-D'Eye was contracted by the city in September to investigate whether staff breached policy in the procurement process.

In an interim update last fall, Mr. Rust-D'Eye wrote that he was concerned by an "atmosphere of secrecy" around the procurement process.

One point raised in Mr. Rust-D'Eye's report and in court documents that was disturbing to Mr. Sprovieri is that staff secretly paid Dominus Construction $480,000 to secure a land option for the downtown development project without first getting approval from council. Staff later recommended Dominus for the project.

A spokesperson for the city did not answer questions about staff's involvement in the deal, saying "it would be inappropriate to comment" given that the matter is subject of a lawsuit and Mr. Rust-D'Eye's investigation. Mr. Rust-D'Eye said his report is near completion and he is "currently awaiting input from two expert consultants."

City bureaucrats are costing the city in a big way, too: a report in January from former provincial auditor-general Jim McCarter said in the last decade, over 90 per cent of total property tax revenues have been used to fund the city's payroll.

Chris Bejnar, the co-chair of Citizens for a Better Brampton, a local watchdog group, said he has been disturbed by lack of openness he's seen between city staff and the public. When filing freedom of information requests to find out the square footage of a building in the downtown redevelopment plan, or how the city had calculated the cost per square foot, he was rebuffed by staff and eventually got the information only after complaining to the province's privacy commissioner.

During Mayor Fennell's time as mayor, staff purchased tickets to the Mayor's Gala using public funds, and made travel bookings for the mayor and themselves that broke city policy. The city's treasurer came under fire in 2013 when he followed the request of the mayor to lower her salary without first seeking approval of council, as is city protocol.

"There has been some questionable dealings in the past that you kind of go, 'How come there was no oversight before this? Or how come council didn't get those figures or they weren't aware of something?' " Mr. Bejnar said.

One sign of hope for Mr. Bejnar is a planned investigation of city hall by Ontario Ombudsman André Marin. At a meeting before her swearing-in, the new mayor, Linda Jeffrey, invited Mr. Marin to review process at city hall to see whether improvements could be made in how the city functions.

"There were concerns about bureaucracy at the City of Brampton, about staffing issues, hiring issues, nepotism, those kinds of things," Mr. Marin told The Globe in December, a few weeks after his meeting with the mayor.

The province's new Accountability and Transparency Act, which was passed in December, will give Mr. Marin the power to investigate municipalities such as Brampton but he cannot begin until the law comes into effect. Ms. Jeffrey said she is also hesitant to pull the trigger on the investigation right away "because I feel there may be some fatigue at city hall right now."

Ms. Jeffrey said staff "have been through the wringer for the last couple of years. They've been struggling."

The city is currently undertaking a request for proposals to hire a recruitment firm to find the new city manager after the retirement of John Corbett in January. An announcement could potentially be made in three to four months, a city spokeswoman said.

Mr. Sprovieri said the ability to keep bureaucracy in line rests with the city manager and mayor and hopes the hiring team chooses a candidate up for the task.

"We need a strong person that will not tolerate any of this behaviour," he said. 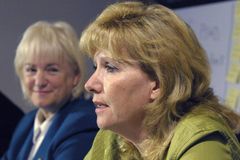 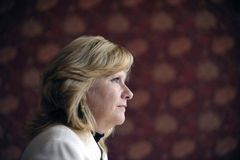 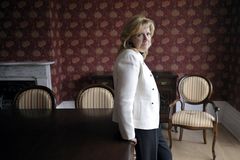