With the conference on human rights set for the end of June, the department will expedite its review of the applications, which had been denied because officials were not satisfied the Ugandans would leave Canada at the end of their stay.

"Citizenship and Immigration will continue to do everything it can, under our immigration laws, to make this conference a success," Immigration Minister Chris Alexander said on Friday, adding that visa decisions are made by highly trained public servants. "We have led the international response to repression of the LGBT community in Uganda and elsewhere in Africa."

The Conservative government, which has condemned Uganda's new anti-gay law, drew criticism over the visa decisions, with critics saying they are deplorable and smack of hypocrisy.

"It's absolutely embarrassing," said Andrea Houston, co-founder of #ENDhatelaws, a coalition against homophobia and transphobia. "We have activists coming from all over the world to share their stories and build a resistance to this, so it's really frustrating and troubling that Canada is denying visas." Her group is planning a protest rally on Tuesday in Toronto.

Immigration officials had been in touch with conference organizers in the fall of 2013 to explain the application process and what information international attendees should include in their visa requests.

Conference co-chair Brenda Cossman said the activists will submit more comprehensive applications, likely early next week, and is hopeful they will be granted. "We have been given some direction on the kind of information that needs to be included," Ms. Cossman said, noting the first rejection came about a month ago.

NDP MP Craig Scott, who has been working with key officials in Mr. Alexander's office on the matter, said while the visa denials are "ironic" and disappointing, the minister's staff at the highest level have been receptive to concerns over what he saw as a pattern emerging with the Ugandan applications.

"Personally, I don't see a grander scheme here, at least from the level of the minister's office," Mr. Scott said. "All I'm seeing, at the moment, is an effort to assist in rectifying the decisions."

In February, Uganda's president signed a bill that imposes harsh penalties for homosexuality. At the time, Foreign Affairs Minister John Baird said Ottawa would "continue to support efforts to decriminalize homosexuality and combat violence against people on the basis of their sexual orientation."

Of the 10 Ugandans seeking visas, one is a delegate and nine are presenters, six of whom are funded by the conference, according to an analysis of the visa decisions provided by Ms. Cossman.

The breakdown shows immigration officers were not convinced the activists would leave Canada for several reasons. Six applications, for example, were rejected in part because the officer was not satisfied "that you have sufficient funds, including income or assets, to carry out your stated purpose in going to Canada or to maintain yourself while in Canada and to effect your departure," the analysis says.

WorldPride's executive director Kevin Beaulieu expressed hope that the denials will be overturned in time for the June 25-27 event, which will have more than 150 speakers from more than 40 countries. "It's incredibly important that these people, who are leading the fight for LGBT human rights in Uganda, are able to join us," he said.

Mr. Scott, a former international human rights lawyer and Ontario's only openly gay MP, said he reached out months ago to the minister's office with concerns immigration officers might act as "surrogate decision-makers on whether people are likely to make refugee claims." He said he so far has not heard widespread visa denials for invitees from countries other than Uganda.

"All in all, let's assume the right thing will be done in the end," Mr. Scott said.

Two million expected to attend WorldPride festival in Toronto
May 22, 2014 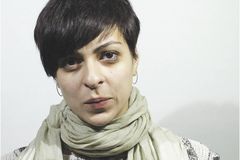 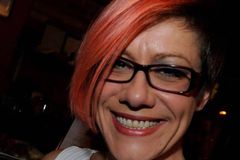 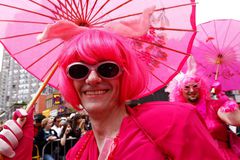