It's never a good sign in politics when people start asking when you're going to drop out of the race. Karen Stintz faced that kiss-of-death question for months as she languished in the polls. She finally quit last month. David Soknacki, also languishing, faces it just about every time he meets the press.

But Olivia Chow? For most of this year she was considered the favourite in the 2014 mayoral contest, a well-known figure with years of experience in city politics. But when she went on CP24 television this week she faced that very question from host Stephen LeDrew. If she found herself in third place and it was down to Rob Ford and John Tory, would she quit and back Mr. Tory?

Sounding a little mournful, she told Mr. LeDrew that she had been an underdog for much of her life, had won 10 elections "and count on winning this one." But the fact that she is being asked that at all seven weeks from the election date on Oct. 27 is an awful portent for her troubled campaign. A poll released this week, just as the crucial final stage of the race got under way and voters started taking notice of the candidates, suggested she had indeed fallen to third place. The Nanos Research poll for The Globe and Mail and CTV News put her at just 26 per cent to Mr. Ford's 28 and Mr. Tory's 42.

How did this happen? More important, can she turn things around?

Ms. Chow advisers say things started to change when Mr. Ford returned from rehab to re-enter the race in June.

Some voters, they think, may have blamed Ms. Chow for picking on a recovering addict, though her comments have usually focused more on his failures as a mayor than his personal troubles. Whatever the reason, she picked up "negative momentum" during the summer and Mr. Tory, pushing his glossy SmartTrack transit plan, pulled ahead.

To reverse her slide, she is trying to pick apart SmartTrack, attacking Mr. Tory for his shaky financing plan and hasty planning. She is also trying to rally her own natural supporters, liberal-minded and left-leaning Torontonians who usually vote Liberal or NDP. This week she summoned the media to announce that, if elected, she would slap a "progressive" tax on high-end real estate sales. One Chow adviser says the idea is to "energize the base."

Earlier in the campaign, she emphasized what she is not: a stereotypical tax-and-spend left winger. She told voters that she learned to scrimp and save as a struggling immigrant to Canada and learned how to manage the city's books while serving on city council's budget committee. She said she would keep any tax increases within the rate of inflation. Now she is emphasizing what she is: A caring leader who would take measures to fight youth unemployment and prevent children from going to school hungry.

The Chow adviser says that in the later stages of a campaign, attention usually centres not so much on content as on character. "Who do you trust" becomes the main question. The Chow team is betting that doubts will grow about SmartTrack and Mr. Tory's confident assurances about how briskly and cheaply he can deliver such an ambitious project.

The trouble is that, in the Globe/CTV poll at least, she was significantly behind Mr. Tory not only on trustworthiness but on competence and ability to control spending at city hall. She was even a tick behind Mr. Ford on a rating of how likely candidates were to keep their campaign promises.

"We need to be more progressive," Chow spokesman Jamey Heath says. He says the campaign also needs to be better at telling Ms. Chow's personal story as a politician who has shown her ability to get things done and an individual who has the kind of struggles that many others face, like caring for her aging parents.

Myer Siemiatycki, who holds the Jack Layton Chair at Ryerson University and used to be a university colleague of the late NDP leader, says that she should take a page from New York Mayor Bill de Blasio and campaign on healing the divisions in a city increasingly split between rich and poor. In that way, she could tap into the alienation exploited so well by the populist Mr. Ford.

But the problem with Ms. Chow's campaign goes beyond policy and even politics. Her personal performance on the public stage has been lacklustre. She struggled to make an impression in Thursday's mayoral debate hosted by The Globe and the Toronto Region Board of Trade, complaining afterward that she had trouble making her points with "people yelling at each other." Well, she had better learn to raise her voice. There are lots of debates left and she has to find a way to stand out.

More important, she has to learn to project her ideas with more passion and conviction. What makes her mad? What inspires her? If Olivia Chow is going to rally and win the race for mayor, she needs show a little fire. 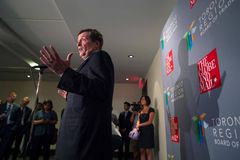 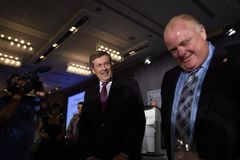 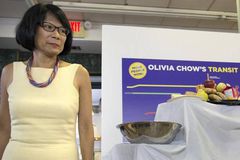 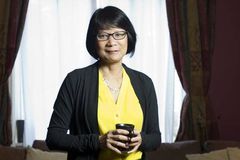 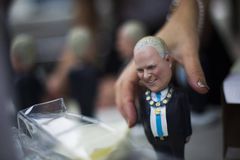 Public editor: Why Rob Ford makes balanced coverage difficult
August 29, 2014
Follow Marcus Gee on Twitter @marcusbgee
Report an error Editorial code of conduct
Due to technical reasons, we have temporarily removed commenting from our articles. We hope to have this fixed soon. Thank you for your patience. If you are looking to give feedback on our new site, please send it along to feedback@globeandmail.com. If you want to write a letter to the editor, please forward to letters@globeandmail.com.
Comments