Toronto's contentious plan to ban plastic shopping bags as of Jan. 1 could be postponed or scrapped next week, a reversal that would be a victory for the embattled mayor.

A notice of motion from two allies of Mayor Rob Ford – a vocal opponent of the bag ban – asks council to "further consider" the prohibition, which was introduced and passed without warning in June.

"It would be prudent for City Council to give further consideration to this decision," says the motion, a copy of which was obtained by The Globe and Mail.

To make that happen, two-thirds of council would have to vote in favour of the motion, which was moved by Councillor Peter Milczyn and seconded by Councillor Denzil Minnan-Wong.

Mr. Milczyn believes it will be possible to surpass that threshold because councillors are also expected to hear from the city solicitor behind closed doors next week that the hastily passed ban on single-use, carryout bags leaves the city vulnerable to lawsuits.

Although Mr. Milczyn has not seen the confidential report from the municipality's top lawyer, he has heard it raises concerns about passing a formal bylaw without more study and consultation.

City solicitor Anna Kinastowski declined to comment for this story.

Mr. Ford predicted the ban would not pass legal muster back when council endorsed it in June. "We've done some dumb things, but I think banning plastic bags, that's just outright stupid, never mind dumb," he said at the time.

At least one industry group has already threatened to fight the ban in court. The Ontario Convenience Stores Association sent a letter to the city solicitor Sept. 5 warning it would seek judicial review of the bag ban if council does not rescind it.

"I'm pretty confident [that] no matter what the procedural wrangling … this council will not pass a bylaw banning bags during this term of council," said Mr. Milczyn, one of the 24 councillors who initially voted in favour of the ban.

Councillor David Shiner, a conservative and a member of the mayor's executive, moved the surprise motion to ban bags in June. He tacked it on to a plan, supported by the mayor, to kill the five-cent bag levy adopted under mayor David Miller.

Mr. Shiner, who also has not seen the city solicitor's report, is against reopening the item. He said council knew what it was doing when it voted 24-20 in favour of the ban, and he chastised some stores and chains for continuing to charge five cents for plastic bags, despite council voting to scrap the fee at the same meeting.

"Council considered the issue of banning plastic shopping bags the same as many other municipalities have. It's not something that's being invented or started in Toronto," he said. "It's not as if we're landing on the moon for the first time."

If Mr. Milczyn and Mr. Minnan-Wong cannot garner the 30 votes they need to reopen the issue, it will likely be dispatched to the Ford-controlled executive committee.

There is also a possibility council could deal with the item as a straight up or down vote stemming from the solicitor's confidential report.

Councillor Shelley Carroll, who voted in favour of the ban, said she would support reopening the item to postpone the start date, but not to revoke the ban.

"If we're reopening it just to kill the thought dead forever, I really think that's a giant step backwards," she said. "We want to make this move, like so many other communities have. But we need to do our work around it."

Messaging and memos: An inside look at the Ford Nation playbook
July 14, 2012 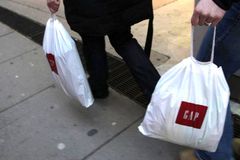