Glen Abbey – home to 27 Canadian Opens and site of one the most famous shots in this country's golf history – could become a huge housing and commercial project if its owner follows through on a preliminary proposal to redevelop the prime property.

Glen Abbey's parent, ClubLink Corp., filed a request on Friday to turn the famed 230-acre golf course into a residential community of about 3,000 homes, as well as offices and retail stores. There is no provision for a golf course in the plan. A valley protected by law will remain undeveloped.

The filing, known as a preconsultation, is the first step in a process that could take several years.

"I would imagine the Canadian Open would still be there next year," said Oakville Mayor Rob Burton, who revealed the filing at a council meeting Monday evening. Glen Abbey's status in the world of golf boosted the profile of the Southern Ontario community for decades.

"They're applying for development of all of their land, basically, and indicating that golf would not be part of the future," Mr. Burton said. "Until I have final information after a proper public hearing, it's premature for me to have an opinion."

The move was not triggered by the lengthy travails of the golf industry since the 2008 recession or by soaring values for coveted real estate, insisted chief executive officer Rai Sahi, who also runs real estate heavyweight Morguard Corp.

"What we are doing is … protecting the future zoning. When that might get developed is some time in the future. It could be five years, 10 years. This is just a very preliminary thing."

Glen Abbey, Mr. Sahi said, remains one of the top courses in his company's chain of more than 40 properties in Ontario, Quebec and Florida.

But Glen Abbey sits on prime land in the heart of one of Canada's most densely populated regions. Another ClubLink course, Highland Gate in Aurora, Ont., is going through a similar rezoning bid to build high-end houses after permanently closing a year ago. And other public and private courses have succumbed to the lure of big dollars proffered by property developers at a time when golf revenues are essentially flat or declining.

Like any business, "golf properties are for sale at the right price," said Gary Bernard, CEO of PGA of Canada, which represents golf professionals. "We tend to think that Golf Course X will last forever. But it's not true in any industry."

Local opposition is already forming to redevelopment on environmental and other grounds.

The land "has a long and historic value to Oakville, from the days when it was home to a First Nations Village," said Paul Ryce, president of the Fairway Hills Residents Association.

Mr. Ryce and other residents also paid a premium to live in the community developed adjacent to Glen Abbey.

"Losing this site, which can never be replaced, would be a tragedy," said another resident, Renato Discenza.

Glen Abbey, which is 40 years old, is among the most celebrated of Canadian golf courses. Built specifically for tournament play at a then steep cost of $2-million, it was the first solo design by golfing legend Jack Nicklaus.

Mr. Nicklaus, who at the time called his creation the best golf-spectator course in the world, used it as a springboard for a lucrative business developing more than 200 courses around the world.

Tiger Woods won the Canadian Open there in 2000 after an incredible 213-yard shot from a fairway bunker over a pond to the 18th green.

Glen Abbey is also the permanent home to both Golf Canada, the sport's governing body, and the Canadian Golf Hall of Fame and Museum.

"ClubLink has informed us of their intentions to explore possible alternative uses of Glen Abbey Golf Club," said Golf Canada CEO Scott Simmons, whose organization bought the course for $3-million in 1981. ClubLink acquired it in 1998 at a reported price of $40-million, a small fraction of its potential worth in the current real estate market.

At this stage, "there is no impact on Golf Canada's operation, including our corporate offices and the Canadian Golf Hall of Fame. Speculating on Glen Abbey's future would be premature at this time," Mr. Simmons said.

Glen Abbey will play host to the Canadian Open next July and "will continue to be considered for hosting future Opens beyond 2016," he said. 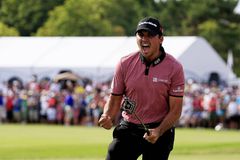 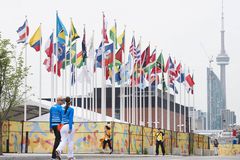