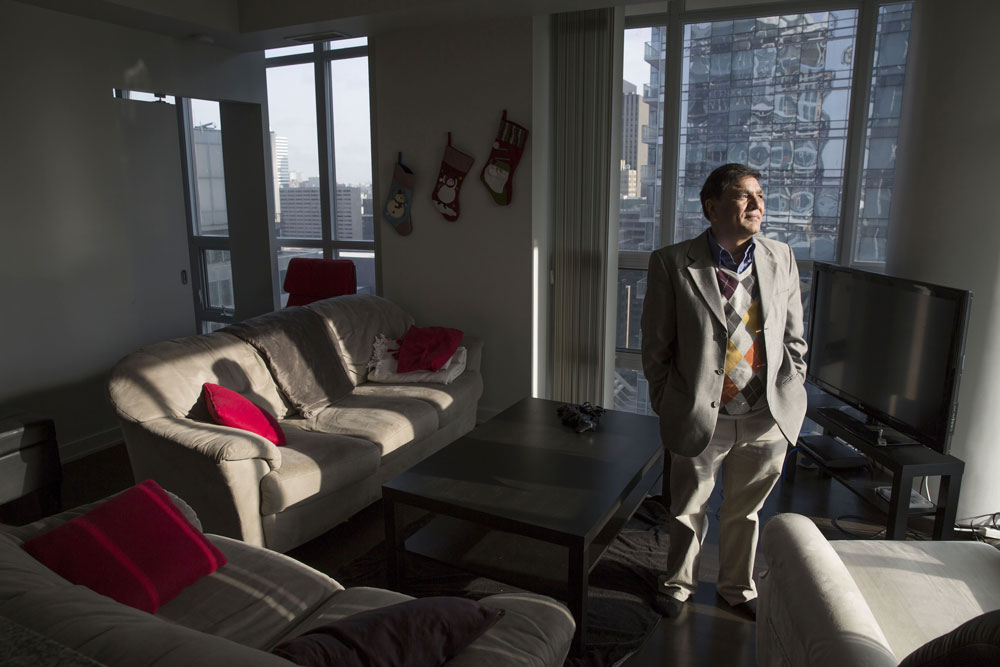 Krishna KC rents his three-bedroom condo to a trio in their 20s. (Matthew Sherwood for The Globe and Mail)

The three-bedroom condominium Krishna KC owns on the 21st floor of 126 Simcoe St. was ostensibly built for a family. When developers tried to build the tower, they agreed to make 10 per cent of units from floors 19 and above three-bedroom ones, a condition applied by the city in order to create new dwellings for families.

Mr. KC, a property investor, bought the unit preconstruction and rents it out – but not to whom the city had in mind. His current tenants are a trio of roommates in their early 20s with jobs in marketing and sales. They’ve turned the condo into a bachelor pad: there are two flat-screen televisions, an Alexander Keith’s chalkboard – the kind pubs use to advertise drink specials – is set up in the kitchen and bottles of gin, vodka and Gatorade are stored on every available surface.

One young family was interested in the space, Mr. KC says, but couldn’t afford the $3,000 monthly rent. Others have dismissed it for its size. And therein lies the problem with three-bedroom condominiums in Toronto’s core. The city, in a mission led by former councillor Adam Vaughan (now a federal MP), believed downtown dwellers would continue living in the city’s core, rather than fleeing to its suburbs once they had children, if there were more three-bedroom condominiums on the market. 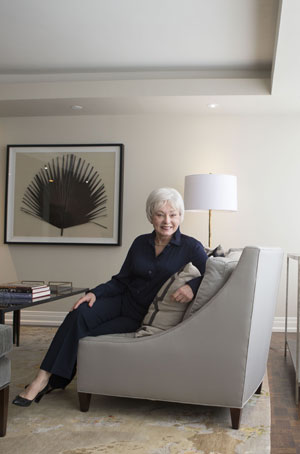 The single woman over 55 is a powerful force in Toronto’s condominium market. Twenty-eight per cent of Canadians lived alone in 2011; for women around retirement age, that number jumps to 76 per cent. Many older female buyers have opted for condominiums.

How women over 55 are changing the game

[Developers] think of the bottom line, not the functionality, of these spaces
Christian McCann, three-bedroom condo owner

But between the high monthly carrying costs with these units and, in many cases, their poor layouts and tight quarters, three-bedroom condominiums are often winding up in the hands of property investors who have turned them into student rooming houses in the sky. Other tenants include couples who use the extra rooms as offices or young professionals who prefer to share living costs with roommates.

Of the 93 condo projects under construction in Toronto, 29 of them have three-bedroom units, according to Urbanation, a group that tracks high-rise condominium development in Toronto. A small fraction of Toronto condos have three bedrooms: A January search turned up 45 sale listings in Toronto’s core (south of Bloor between Dufferin and the Don Valley Parkway) on MLS. They range in price from $547,500 for a 742-square-foot microcondo to $7.9-million for a splashy penthouse. The median price is $959,000. Developers are reluctant to build these units because it’s hard to keep them affordable and they simply make more per square foot on smaller condos.

One of Toronto realtor Eric Oickle’s clients bought a three-bedroom condominium in the Village last year and rents it to his daughter, who is attending university, and two other students. But when families seek his help in finding a new home, he directs them to houses rather than condos. He figures decent three-bedroom condominiums start at $500,000 and calculates that $800 worth of maintenance fees adds another $160,000 to the price. 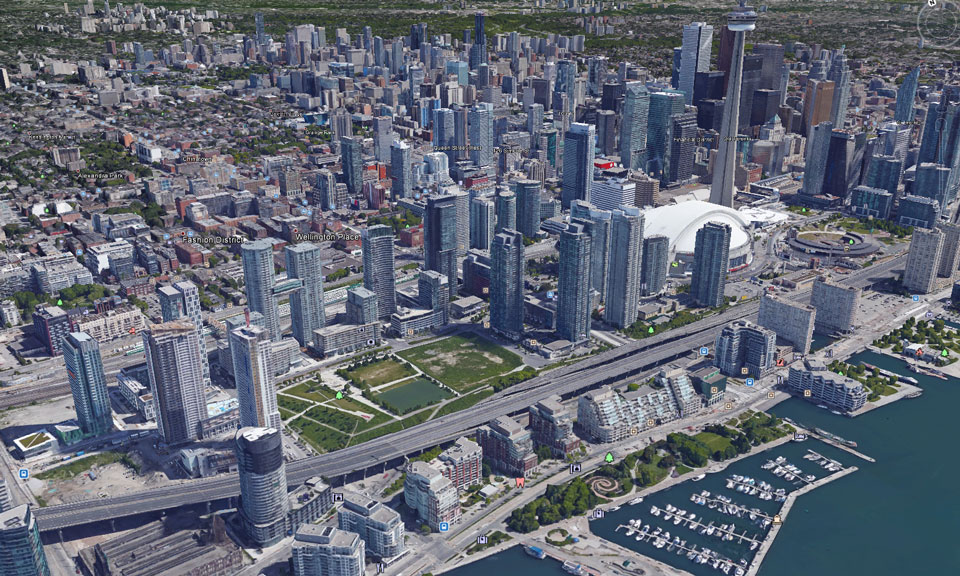 According to a group that tracks high-rise condominium development in Toronto, 29 of the current 93 condo projects under construction have three-bedroom units. (Google Earth)

Christian McCann bought a three-bedroom condominium a few years ago at a building at Queen and Portland Streets as an investment property. His first tenants were, like Mr. KC’s tenants, a trio of young men working downtown. One of the bedrooms in the 950-square-foot unit was so tiny it could barely fit a twin-sized bed. After the trio moved out, Mr. McCann removed a wall to that bedroom to open up the space and rented it to a couple who slept in the master bedroom and used the second bedroom as an office. The former third bedroom became a dining room.

“[Developers] think of the bottom line, not the functionality, of these spaces,” Mr. McCann said.

While much of the older stock of Toronto condos from the 1980s are generous in size (two-bedroom units are often 1,200 square feet), Mr. Oickle says new two- or three-bedroom units are being built smaller with less thought given to functionality of the space.

When Realtor David Fleming took a pair of his clients, a young couple with a child on the way, to a three-bedroom condo at Front Street West and John Street, “We were in and out of there in probably 60 seconds; it was such an awful layout,” he said. “The ‘living space’ was a living/dining/kitchen with an appliance wall. Your couch would be two feet from your stove. It was essentially like a dorm where you’d have a common space.”

Condo projects that include three bedrooms

Listings for three-bedroom units in Toronto's downtown core on realtor.ca 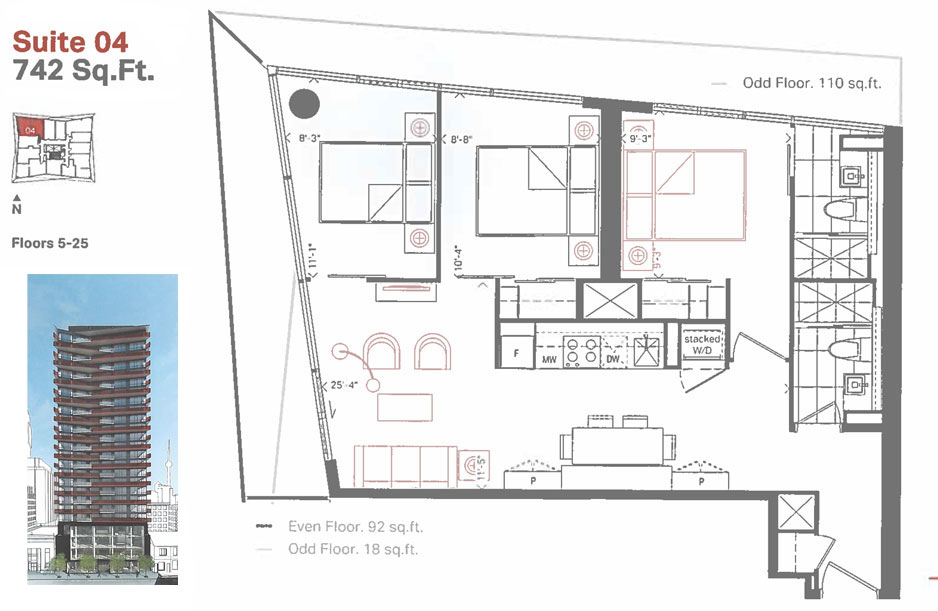 A floor plan for a three-bedroom condo under construction on Queen St. W. by Urban Capital Property Group and Malibu Investments Inc.

The majority of such units he’s seen have been snapped up by property investors and then rented out to students, often international ones who have signed leases without viewing the space.

It’s difficult to picture the family that could live in the three-bedroom suite in Smart House. The cheapest – and smallest – three-bedroom condo on the market in downtown Toronto is in this building on Queen Street West, set to be completed in 2017. It’s 742 square feet with built-in space-saving furniture such as Murphy beds and fold-out cabinetry. That’s even smaller than the average condominium in Toronto, which is 797 square feet, according to a 2014 report from RealNet Canada, Inc.

In order to get the green light from the city to build Smart House, developers agreed to make 10 per cent of the units in it three-bedroom ones – a condition that has been placed on many other downtown condo towers.

Jennifer Keesmaat, the city’s chief planner, says a big priority for both the city and province is building more mid-rise buildings in the city, which tend to have larger units at a lower price point.

While Mr. Vaughan concedes that some units are designed better than others and families may not be occupying them now, he’s just happy that more stock is being created.

“I have no problem with students moving in if that’s the first way to get these things on the market and occupied,” Mr. Vaughan said. “What I know is that when a family of three or four is going to start to look for accommodation in the downtown core they’re going to be able to find it.”

The cheapest – and smallest – three-bedroom condo on the market in downtown Toronto is in Smart House on Queen Street West, set to be completed in 2017. Built-in space-saving furniture such as Murphy beds and fold-out cabinetry are meant to enable condo residents to do more in less space. 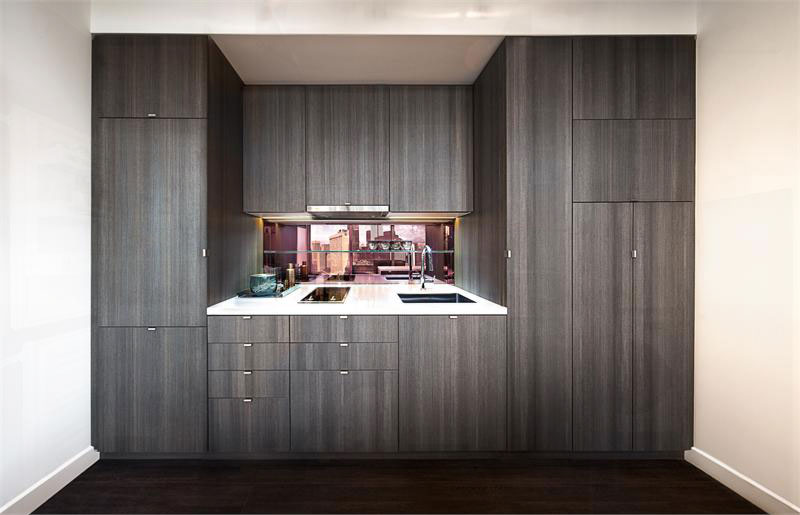 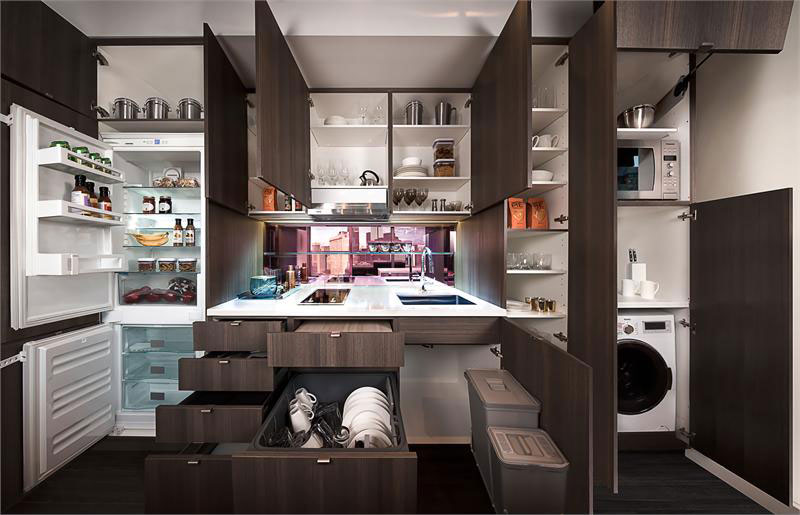