Sixteen-year-old Aqsa Parvez was murdered by her father and brother in 2007 for her desire to shed the hijab and wear western clothing. In 2009, a Brampton woman, living in fear that her family overseas would not get the immigration papers they desired, was murdered by her abusive father-in-law. Later that year came the grisly discovery of the bodies of four Afghan women inside a car submerged in the Rideau Canal in Kingston.

Media coverage of alleged "honour killings" has shone a spotlight on the most extreme cases of family violence in the South Asian community. But because police forces and social service agencies do not track family violence cases by ethnicity, few if any legitimate statistics are available to assess the prevalence in this particular group.

Rather than shy away from the issue, Naila Butt wants to tackle it head-on. As the executive director of Social Services Network, a non-profit organization for South Asians in the Greater Toronto Area, she recently hosted a conference on family violence from a South Asian perspective at Queen's Park.

"It's not only a South Asian problem, but we need to deal with it anyway," she said. "We know it's happening."

SSN brought in various agencies that work in the South Asian community, as well as four GTA police services - Toronto, Peel, Durham and York - that are responsible for areas with significant numbers of South Asian residents. Workshops were offered on forced marriages, elder abuse, human rights and legal challenges, in addition to understanding "honour-based" violence in a Canadian context.

"We wanted to find out why these victims don't go to the police, and also how the police can help us educate the public," Dr. Butt said.

The problem lies with the population's view of the police, said Juanita Nathan, a family violence counsellor for the South Asian community with the Family Services of York Region.

"Of course, the police are right in laying charges if they see abuse," Ms. Nathan said. "But for this community, it's the worst possible thing. A woman or an elderly person just want the police to come and stop the abuse - not throw their husband or child into jail. You will forever be the person who broke up the family."

For one woman, who is currently embroiled in a Family Court case, the police were not an option when she said her husband started to physically and verbally abuse her.

"Our culture says you get married to who your parents say, and the woman should just bear everything for the sake of the children and the family," she said, tears running down her face. "I feel like a fool that I didn't go the police earlier."

The fear of being ostracized and a lack of understanding of Canadian laws are legitimate concerns for many South Asian women, said Toronto Police Services Board chair Alok Mukherjee.

Dr. Mukherjee, who is South Asian, said there was little understanding of cultural-based family violence when he first started working with a social services group in the 1970s.

"The South Asian community was marginalized at the time and there was a tremendous reluctance to draw any attention to the problem," he said.

But Alia Hogben, executive director for the Canadian Council of Muslim Women, finds it problematic to look at family violence through a cultural-specific lens.

"I have mixed feelings about it," she said. "Family violence is family violence, end of story. You cannot use your culture as an excuse."

York Regional Police detective Christina Baker of the integrated domestic violence unit also disagrees with the use of labels such as honour killing, "but if we are to investigate properly, it is crucial we understand the family dynamic through that South Asian context.

"The bottom line is that we have to make sure the victims are safe," she said. "If she lives with her abuser's family, or doesn't speak English, or is worried about repercussions to her family overseas - these are all factors in our investigation, so it helps us to understand their point of view."

To promote understanding between the police services, front-line agencies and the South Asian community, Dr. Butt said the forum and policy work will lead to a list of recommendations that can be used by counsellors and the police services to tackle family violence in a culturally sensitive manner. 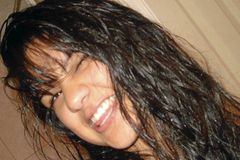