Some 1,600 fans of humanized animals and cartoon characters are gathering in downtown Toronto this weekend for a convention celebrating the so-called furry fandom.

Isaac Tan, a member of the organizing committee, talks about his love of anthropomorphized animals.

The 22-year-old, who is a martial arts instructor and lives in Markham, has been interested in furry culture for nine years.

For the uninitiated, what is the furry fandom?

The furry fandom is a collective of individuals from all around the world, really. We're a group of people that essentially celebrate humanized animals, same thing as cartoon animals or [characters] on cereal boxes. It's sort of like having the same sort of fan base for superheroes, except if superheroes were talking dogs and cats instead.

As an artist, I'd always found more joy in drawing animals and drawing creatures of fantasy.

When I was drawing one day and looking online, I found an image of an anthropomorphic animal. I saw the artist's page who had posted it [and] they were involved in this community called the furry fandom and from there I sort of became a little bit more involved, exploring the different types of art that are involved in the furry fandom and suddenly, this entire new culture dawned upon me where it involved not only art, but also involved costuming, it involved literature, a lot of story-writing and a lot of role-playing.

Do you have an alter ego and can you tell me about it?

My alter ego is a Chinese dragon.

I am Chinese by ethnicity so I wanted to sort of pay homage to my culture, which I'm very proud of. So my alter ego is a Chinese dragon and his name is Ronnie.

Do people tend to be open about this part of their lives?

It does vary depending on what parts of the world that you're from. There are many people who do openly advocate for this community, as they're very proud of it and what it's done for them. The furry fandom has done a lot of charitable work for animal organizations. Some people prefer to sort of keep it as part of their personal life.

What happens at furry conventions?

At these conventions we engage in a number of different social and performance events, as well as informative. So people get to costume around in custom-tailored costumes and they perform for each other, whether it's mascotting or doing skits on stage, sort of like a masquerade.

We also have lots of informative panels that teach you about literature, story-writing, as well as visual arts, the art of business in an artisan world and we also have a lot of vending that goes on as well.

I wanted to ask you about the costumes. Does everyone wear one?

We usually only have about 20 per cent of our attendees that actually wear these costumes. They are very expensive, being custom-tailored, so the private studios which people can commission these costumes from can charge upwards of $2,000 for a full-bodied costume.

Basically we have people from all walks of life and all different professions that all share one similar interest, which is essentially their love for these humanized animals or cartoon animals. It's a really very holistic community feeling where we just celebrate each other's creativity and this world that we've created for ourselves. 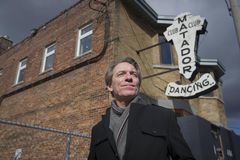 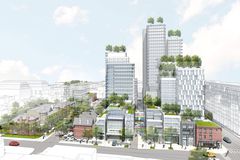