After around eight hours of debate, council voted to have staff push ahead on the project and advance design work until it is 30-per-cent done. But they voted against a motion seeking a full comparison between the subway proposal and a light-rail alternative, something that staff have never done.

"The time for debate is over," Mayor John Tory said as he kicked off the day's discussion. By the time it was done, he was angrily defending his honesty and accusing a reporter of unfairly criticizing him.

Officially, the project was on the monthly city-council agenda simply to settle the route for the subway extension and to move ahead with planning for an underground bus terminal at the Scarborough Town Centre. Although these were routine steps of a long-running project, tentatively priced at $3.35-billion, that didn't stop it turning into an all-day debate at city hall.

Late in the process, in some of the most striking verbal exchanges at city hall in recent years, Mr. Tory jousted on the floor of council with light-rail transit advocate and midtown Councillor Josh Matlow.

Challenged on why he was echoing the speculative views of residents on how much time they think the unbuilt subway will save them – Mr. Tory has said that people have told him they think it will be 15 to 20 minutes faster each way, far in excess of the staff estimate of eight minutes – the mayor pushed back aggressively.

"For those people it is a fact," Mr. Tory said. "Real people have become 'fake news.' I don't understand."

"It's not a fact just because you say it's a fact," Mr. Matlow shot back. Speaking to reporters after the debate, Mr. Matlow likened the mayor's reliance on anecdote to his experience during the last administration. "This is reminding me of the debates I had with Mayor [Rob] Ford, unfortunately, and I thought that time was over."

In his own post-debate remarks, Mr. Tory said he took offence at the idea that he was making it up by citing peoples' anecdotes.

"To have people suggest that I am somehow being dishonest or that's it's illegitimate for me to cite those things – not with equal weight or more weight than the [professional] studies, but just to cite it as one thing that can be taken into consideration in assessing how these will all work going forward – I just find way over the top," he told reporters.

The question of how much time residents will save if a subway is built has become a flashpoint, one that pits gut instinct against professional analysis. Advocates tend to argue that staff are underestimating the difference a subway will make in the lives of people who ride it. Critics say the advantages are being blown out of proportion.

But for one of the project's biggest boosters on council, its value goes beyond this number.

"Whether it's eight minutes [saved], two minutes, 32 seconds, what people tell us by the thousands is they want the subway there because it improves their quality of life," Councillor Glenn De Baeremaeker said. 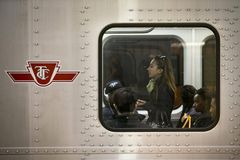 Safety is the first casualty of Toronto’s road transport model
March 17, 2017
Metrolinx study finds Tory’s Smart Track could spur auto commuting
March 16, 2017
Follow Oliver Moore on Twitter @moore_oliver
Report an error Editorial code of conduct
Due to technical reasons, we have temporarily removed commenting from our articles. We hope to have this fixed soon. Thank you for your patience. If you are looking to give feedback on our new site, please send it along to feedback@globeandmail.com. If you want to write a letter to the editor, please forward to letters@globeandmail.com.
Comments