Toronto councillors have voted for the city to pay the legal costs of council candidate Gus Cusimano, after the integrity commissioner found that Councillor Maria Augimeri – who is running against Mr. Cusimano – breached the code of conduct by calling him a "criminal."

A report from Integrity Commissioner Janet Leiper last week found that, in keeping with the city's protocol, Mr. Cusimano's legal fees up to $5,000 should be covered by the city. After a lively debate – including the protestation of Mayor Rob Ford and his brother Councillor Doug Ford – council voted 30 to 4 to accept Ms. Leiper's recommendations.

At issue in Tuesday's debate is a February 2014 article in an Italian-language newspaper, where Ms. Augimeri said "The people do not want to be represented by a criminal." Mr. Cusimano has no criminal record, but was found guilty of breaching the Municipal Elections Act in 2010. Ms. Augimeri later apologized and provided a retraction of her comment.

Mr. Cusimano hired a lawyer to assist in filing the complaint to the integrity commissioner.

Several councillors spoke in support of Ms. Leiper's recommendations Tuesday, saying that the city should follow its own rules for such situations.

"We do have a global budget that takes care of surprise costs related to how councillors perform their duties," Councillor Gord Perks said. "That would include lawsuits, and there are lawsuits all the time, often frivolous ones. I was once sued for putting a swing set in a park."

And Councillor John Parker urged council not to break policy, either. "Now is not the time to say we don't like the policy," he said. "Right now, we are here to apply the policy."

But Mayor Ford and Councillor Doug Ford accused their colleagues of playing politics, describing the decision as an "abuse" of taxpayers' money.

"Why should the taxpayers pick up his bill when one of our members of council was wrong – made a very serious accusation, was found guilty, and we sit back now and say 'taxpayers' are going to pay for it?'" said the mayor, who tried, but failed, to move a motion for Ms. Augimeri to pay the costs out of her own pocket.

And Councillor Ford described the decision as a "double standard."

"I've said stuff wrong in the past, I've apologized, and I've had to pay," he said. "So we've just set a precedent that every councillor's above the law, they get to go out and call anyone any derogatory name, accuse them of false names, and they're covered by the taxpayers and it's not fair to the taxpayers."

Mr. Cusimano, who ran against Ms. Augimeri in 2010– but declined to respond when asked how many times he has run for council in the past – said that he's yet to finalize the total cost of his legal fees. He said it won't likely cost the full $5,000, though.

"It was wrong. I was bullied," he said. "Not only was I bullied, but my whole family name was tarnished by her remarks."

In an interview Tuesday, Ms. Augimeri said she apologized and retracted her comments out of respect for Ms. Leiper.

"She told me to apologize. I respect her, I apologized," she said.

But she also appeared to stand by her original comments.

Councillors wear pink to protest Ford’s performance as mayor
May 12, 2018 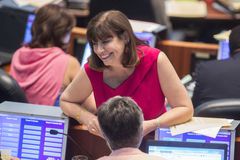 Augimeri’s conspiracy theory on Downsview Park does not stand up
May 12, 2018 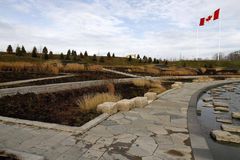 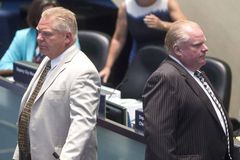 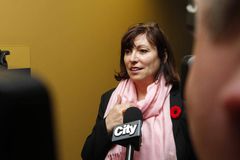 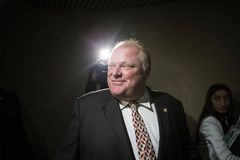