Former Ontario premier David Peterson is firing back at a woman who has accused him of sexual harassment, alleging she is seeking money and notoriety and that her lawyer tried to "extract" an immediate payment of $500,000 to make a lawsuit go away.

The multimillion-dollar suit filed last August by Ximena Morris in connection with alleged incidents when she worked for the organizing committee for the 2015 Pan American Games in Toronto is an attempt to "garner fame and publicity," Mr. Peterson says in his statement of defence.

The timing of her lawsuit, near the conclusion of the Games last year, was designed to pressure Mr. Peterson to settle "unfounded allegations," the court document says.

Mr. Peterson was the chair of TO2015, the organizing committee for the Pan American and Parapan Am Games when Ms. Morris worked there as a managerial-level employee. She is seeking $3-million in damages (reduced from $10-million when the lawsuit was filed). Mr. Peterson, TO2015 and three of its senior executives are named as defendants.

The former Liberal politician, who is represented by Sheila Block, a senior lawyer at the Torys law firm in Toronto, flatly denies the allegations in the statement of defence filed this week in Ontario Superior Court. Mr. Peterson is asking for the lawsuit to be dismissed and to be awarded significant legal costs and has launched a counter-claim, asking for $200,000 in damages, alleging Ms. Morris defamed him in media interviews.

Ms. Morris's lawyer, Rocco Achampong, is alleged to have demanded an immediate payment of $500,000 to his client last August in discussions with a lawyer at McCarthy Tétrault, which was representing TO2015. "Ms. Morris and her counsel attempted to use the threat of litigation and the threat of going to the press with her allegations, in order to extract from Mr. Peterson and his co-defendants a substantial sum of money," the court documents state.

Mr. Achampong denied the allegation in an interview on Wednesday with The Globe and Mail. He said lawyers cannot make public any confidential discussions related to settlement talks, so he could not say more about what happened that day. However, he was critical of the way Mr. Peterson's lawyers have responded. "This is not them playing hardball. It is childish," Mr. Achampong said.

Barbara Anderson, chief financial officer of TO2015, said on Wednesday the legal fees for Mr. Peterson and the other defendants are covered by a standard insurance policy taken out by the organizing committee.

The statement of claim filed by Ms. Morris details three incidents in 2013 and 2014. Mr. Peterson is alleged to have made inappropriate comments about her appearance, and on one occasion, closely embraced her in a way that "violated the physical and sexual integrity" of the TO2015 employee.

Mr. Peterson says he had only a single brief interaction with Ms. Morris at an event to support Games volunteers. While in an elevator with his wife and other people, including Ms. Morris, he made a comment about her red shoes. "Mr. Peterson recalls having an image in his head of a flamenco dancer he had seen in a film wearing red shoes dancing on a table and made comments to that effect," the statement of defence says.

In response to the allegation that he hugged Ms. Morris, if there was a hug, he responds that it would have been in an appropriate manner. "Like many public figures active in politics, Mr. Peterson has hugged countless people throughout his career as an expression of warmth and connection," the document says.

Mr. Peterson's numerous accomplishments since he left politics in 1990 are listed in the statement of defence, including the nearly two dozen charitable or cultural groups with which he has been associated. Also listed are his honorary degrees and awards, such as the Knight of the Order of the Legion of Honour of France. If he is awarded damages for defamation, the money will be donated to a fund for disabled athletes, he says in the claim.

The lawsuit is about alleged workplace harassment, Mr. Achampong said. "We are not taking issue with his record of service or that he did not deserve the French legion of honour."

Ms. Morris also claims that senior TO2015 executives, including Karen Hacker, its general counsel and senior vice-president of human resources, did not respond adequately when informed of the allegations. Ms. Hacker is also alleged to have warned Ms. Morris against taking legal action. Ms. Hacker and the other TO2015 executives have not yet filed statements of defence. Their lawyer could not be reached. 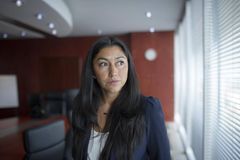 Multiple Pan Am execs among highest-paid Ontario government workers
May 16, 2018 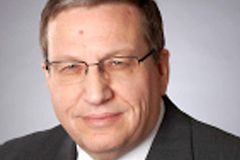 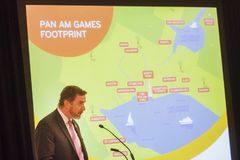