Permit your cousins to the north to offer some friendly advice. You may be tempted to dismiss Donald Trump as a flash in the pan, an obnoxious crank who has no chance of being elected and who appeals only to a small fringe. Don't be too sure.

People laughed when a cranky city councillor named Rob Ford said he was running for mayor of Toronto. The media gave only glancing coverage to his campaign launch in a suburban conference hall. Within weeks, he was leading in the opinion polls. Within months, he was wearing the mayor's chain of office around his neck.

Angry populists such as Mr. Ford and Mr. Trump have an appeal that is impossible, and dangerous, to deny. By saying the unsayable, they appeal to voters who are sick of programmed, spin-doctored, blow-dried politicians who never seem to utter a genuine word. By threatening to take an axe to big government, they appeal to hard-working ratepayers who see their bills going up, up, up. By attacking elites, they appeal to ordinary people struggling to win a game that seems rigged in favour of the rich and powerful. By stirring up a fear of newcomers or different ways of life, they appeal to those who see the world changing too fast for their liking.

Mr. Ford rode to office on a wave much like the one that has given Mr. Trump such unexpected early success in the contest for the Republican nomination for president. Toronto had just endured an annoying strike by civic workers. City hall looked out of touch and overfed. Mr. Ford promised to put it on rations and "Stop the Gravy Train."

With a snappy catchphrase, a few simplistic promises and a regular-guy, beer-and-chips manner, he pulled ahead of his more conventional rivals. Whenever they attacked him, he seemed to grow stronger. "Wind in our sails," his campaign strategist would say if someone took him on. "Wind in our sails."

His supporters stuck by him through it all. Even the crack cocaine scandal failed to dint the loyalty of true believers. After withdrawing from his re-election bid last year to fight cancer, Mr. Ford was elected easily as a city councillor for his district. His brother Doug, running for mayor in his place, came a solid second with 34 per cent of the vote. Thirty-four per cent after a scandal that made the Ford name notorious around the world.

So, please, don't imagine that Mr. Trump will just dry up and blow away. Even if, as seems likely, he fails to win his party's nomination, he can do great damage. He already has. His remarks about Mexicans and now Muslims have stirred the muddy sediment at the bottom of the pond where hate lies.

It was the same way with Mr. Ford, who encouraged a certain kind of bottom dweller to come out in the open. If he could say it, why couldn't they? When he boycotted the city's gay pride parade, homophobes suddenly felt they had licence to say or post all those things they had been feeling. After all, they thought, Rob is on our side.

Looking back, Toronto took far too long to see Mr. Ford for what he was. Perhaps for fear of giving him another chance to say the elites were ganging up on him, leaders of the city's establishment stood by aghast but mostly silent through much of the Ford era. They couldn't see the breadth of his appeal. They failed to recognize the very real discontents that drove his rise.

Is Trump the next Ronald Reagan, or the next George Wallace?
Subscriber content
December 9, 2015 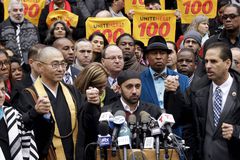 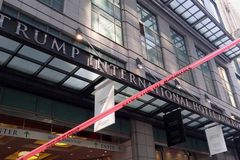