Dozens of jailhouse letters convicted killer Dellen Millard wrote to a girlfriend who was on his court-ordered no-contact list became crucial evidence at his first-degree murder trial, which ended Saturday with a guilty verdict.

One question, however, remains unanswered: How did those letters get out of jail?

The handwritten notes to Christina Noudga – 65 in total – were seized by police in her bedroom in 2014 – while Millard was awaiting trial for the murder of a 32-year-old Hamilton man killed in May 2013 while trying to sell his pickup truck.

He would later be charged for the murder of his former lover Laura Babcock, a 23-year-old Toronto woman who vanished in the summer of 2012.

The motive for that murder was the bad blood between Noudga and Babcock, who were both sleeping with Millard at the same time, court heard.

Millard and his close friend Mark Smich were found guilty for Babcock's murder and were also convicted in 2016 for killing Bosma and burning his body in an animal incinerator. They got rid of Babcock's body the same way.

The jailhouse letters to Noudga became evidence in both murder trials.

"So far I've done what I can to separate you from this mess. But it is a very real possibility that you will be called as a witness," Millard wrote in one of the letters.

"Watever (sic) you may believe, it needs to be put aside, this is what happened: The night Laura disappeared. I came over to your place early in the morning. I did not text or call, it was a surprise. I tapped on your window, which I do sometimes. You came back to (my home) with me. I told you Laura was over, doing coke with Mark in the basement. We went to say goodnight to them. You saw (underlined) her alive, with Mark, and there was coke on the bar."

He then told Noudga to say that Babcock had overdosed "probably from mixing her perscriptions (sic) with Mark's coke."

The discovery of Millard's letters in Noudga's house prompted the Hamilton police to launch an investigation. It also became a complex ordeal in a Hamilton court beginning in the spring of 2014, with fingers pointed at one of the defence lawyers representing him early on in the Bosma case: Deepak Paradkar.

Pre-trial hearings on the matter concluded with Paradkar handing over Millard's defence to another lawyer.

"Mr. Paradkar agreed to withdraw, as he appeared to be the only counsel who could be implicated in the transporting of the Millard/Noudga letters out of the jail," reads an agreement signed by Justice Stephen Glithero.

"My position is I've never done anything ethically wrong or been involved. I really have nothing to do with this issue," he told The Canadian Press.

"My position is clear: I deny or refute any suggestion that I've done anything unethical or untoward in any case, including this one. I deny any wrongdoing."

Smich's lawyers wanted the transmission of the letters to be part of the Bosma case to try to show Millard's manipulation ability, court documents say. The judge eventually ruled against that.

Three other lawyers visited Millard in jail following his arrest in May 2013: Ravin Pillay, Michael Pierce and Christopher Tarach.

Pillay was cleared of any wrongdoing and went on to represent Millard at the Bosma trial. Tarach did not respond to requests for comment, while Michael Pierce said in an email that he "will not be commenting on anything pertaining to Dellen Millard."

While jurors at both murder trials saw some redacted letters, they were never told how Millard got them out of custody. Any mention of the transmission of the letters was carefully edited out before being presented to the jury. A publication ban also prevented the media from reporting on where and when the letters were written until the jury in the Babcock case reached a verdict.

When asked by The Canadian Press about how he got the letters to Noudga, Millard replied in a written statement that he was not available for comment.

Noudga, who was arrested on April 10, 2014 and charged with accessory after the fact to murder, told police she received Millard's letters "from his mom who got them from Deepak," according to court documents. She later pleaded guilty to the lesser charge of obstructing justice.

There is no evidence that Millard mailed the letters out of jail, which are monitored by staff, according to court documents.

A security manager at the Hamilton jail where Millard was being held told police that "if the letters were not mailed, the only way they could get out is by the lawyer," according to notes made by Det. Sgt. Matt Kavanagh, one of the lead detectives in the Bosma case.

Hamilton police, which according to court documents closed the investigation after several of the people involved refused to be interviewed, also declined to comment.

Taking letters out for a client from jail is not illegal, said Daniel Brown, the Toronto director of the Criminal Lawyers Association. The problem, he said, is if a lawyer knowingly helps a client communicate with a person against a non-communication court order.

"It could be anything from obstructing justice to assisting to be a party to violate a court order," Brown said. "It's not just unethical, it's likely criminal."

No one is facing charges in relation to the letters. 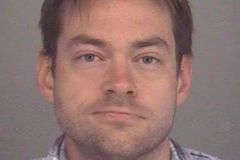 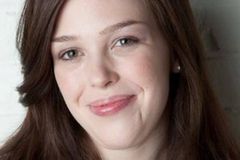