But he broke with Mr. Ford and his brother Doug Ford over their scheme to seize control of the Port Lands. Now he is voicing serious concerns about the mayor's stand on another big issue: rapid transit on Eglinton.

The Eglinton-Scarborough Crosstown line is the biggest transit project Toronto has seen in decades. It is to carry passengers from Black Creek Drive in the west to Kennedy station in the east, then on to the Scarborough city centre.

Under the original plan, it was to travel through an 11-kilometre tunnel from Keele to just past Laird, then emerge to run above ground along a dedicated lane for the rest of its route. But Mr. Ford is against putting any railed transit on city streets for fear of interfering with car traffic. The "war on the car" is over, he often says. In talks with the provincial government immediately after he took office, he insisted on putting the entire line underground despite the extra cost.

Mr. Parker thinks that may be a big mistake. He supports burying the original 11 kilometres, carrying passengers under the crowded stretch of Eglinton in the middle of the city. But to bury it under eastern Eglinton, where the street is broad and population density low, makes no sense to him.

"Once you're east of Leaside it becomes a very wide roadway and there are stretches where there are very few cross streets," he says. As a result, the road could easily accommodate light rail without interfering with traffic much.

Light rail, he says, was designed to travel mainly over ground, not underground like subways. If the Eglinton line goes ahead as planned, "Toronto is on track to become perhaps the only city in the world to put an LRT underground from one end to another." In an interview with the Town Crier, a community newspaper, he said "It'll be the goofiest LRT line known to man."

Goofy, and ruinously expensive. Burying the whole line will add something like $2-billion to the cost, quite an extravagance for a mayor who wants says he wants to end waste. Queen's Park is paying for Eglinton, but the project will now gobble up just about all of the more than $8-billion that the province put aside for the cancelled Transit City project. That means little or no provincial money will be left over for Mr. Ford's favoured project, an extended Sheppard subway, or for rapid transit on other busy corridors such as Finch.

Then there is the little problem of the Don Valley. Eglinton runs right through it. Tunnelling under it would be inconceivably expensive. Another option, an elevated track above the roadway, is not cheap either.

Mr. Ford, true to form, makes no apologies for his dubious position on Eglinton. To the contrary, he lists it as one of his triumphs. "Imagine having an LRT – a streetcar – going right along Eglinton Avenue. It would be a disaster," he said on CP24 television last week. "I fought and fought and fought and it's going to go underground now."

What is more, he said, "I haven't had one councillor come to see me and say, 'You know what, we want it to go aboveground.'"

In fact, quite a few councillors have doubts about Eglinton. Mr. Parker stands out because he is a conservative with no axe to grind. The line would travel through his ward. He doesn't question it to score points against the mayor. He questions it because he has, well, questions.

Is this really the way to spend those transit billions? What is the logic of running light-rail vehicles underground like subway cars when they could go on the surface instead? He deserves some answers. So does the city. 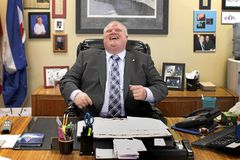 Drivers warned to prepare for LRT construction woes
May 8, 2018 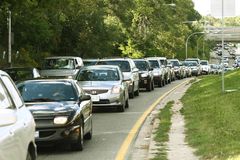 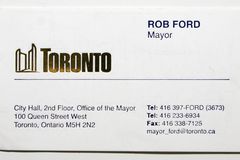