The stranding of thousands of Torontonians by streetcars disabled by the freezing weather became fodder for the Fords' war against above-ground rail transit on Wednesday.

Councillor Doug Ford blamed the city's continued use of streetcars for Tuesday's transit woes, saying that part of his brother Rob's re-election campaign will be focused on "putting every single penny we have toward underground rapid transit, meaning subways. Not streetcars – they get frozen. Not an antiquated system that's been around since 1900. We want a modern system."

Toronto Transit Commission chief customer officer Chris Upfold had said the streetcar problem was caused by the pneumatic systems that control the brakes and doors. "If you get moisture into those air systems or you get cold around those air systems, they just stop working," Mr. Upfold said on Tuesday. "The air releases, the brakes come on and then you have a disabled streetcar."

The incoming fleet of new streetcars will not suffer the same problems with the cold, according to the commission. For TTC chair Karen Stintz, that reduces the necessity of paying now to upgrade the older vehicles.

Asked whether the current fleet was allowed to run down after the replacements were ordered, and whether the city was seeing the result of investing in the future instead of doing preventive maintenance, Ms. Stintz said simply that "it's always a balance."

Mr. Ford's solution to the problem would be to replace streetcars with articulated buses on some downtown arterials. "Nothing is more frustrating for people driving downtown than if they get stuck behind a streetcar on Dundas, on King or on Queen," he said.

However, replacing streetcars on those routes would take an enormous number of buses. The King car is the TTC's busiest surface route, carrying about 57,000 people daily, with the Queen and Dundas streetcars carrying a total of 75,000 passengers each day. By contrast, the Sheppard subway carries about 50,000 people each day.

And with a large new fleet of streetcars on the way, TTC chief executive officer Andy Byford said Wednesday that the die is cast. "We've ordered the new streetcars. They're coming now. I think we need to make best use of the fleet that we've ordered," he said.

In response to Mr. Ford's comment that the mayor would be running on a campaign focused on underground transit, Mr. Byford said: "I don't think the debate is as simple as LRT or subway or bus. I think that a successful city adopts a range of transport solutions. … I think the key to it is getting the right mode for the right area."

On Tuesday, before Mr. Ford made his latest pitch for underground transit, Mr. Upfold said streetcars are as robust as any other form of transit, and he defended their value to the city. "Part of streetcars is about the kind of city that you live in," he said. "I can't imagine having Queen Street – when you think about Queen Street, you think about that café culture and those bars along Queen – running a giant articulated diesel bus up and down there every 30 seconds."

Doug Ford will have to ‘play by the rules’ if he wants to jump to Queen’s Park, Tory MPP warns
January 8, 2014 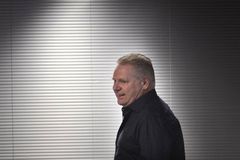 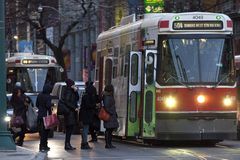 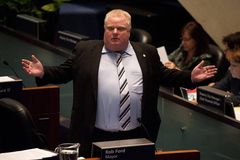 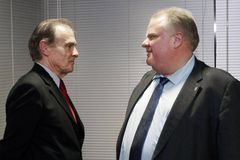 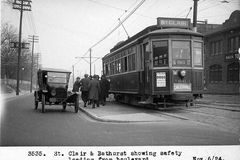