Diversity is Toronto's strength, but it is also one of the challenges for boosting physical activity rates among the city's young people.

A report to be released Wednesday by Get Active Toronto shows activity rates among children and adolescents in the city vary with gender, income levels and proximity to school. It also discovered that the children of foreign-born parents are less likely to take part in fitness programs than those whose parents were born in Canada.

"I think the fact that Toronto has such diversity makes it the most interesting place to study, and possibly the most complex," Get Active director Catriona Delaney said. "We said, 'if they're looking at this massive population group, how does Toronto compare with the nation?' "

The study found activity rates among young people in Toronto are roughly on par with the national average - only 7 per cent of Canadian children and adolescents get the recommended 60 minutes of physical activity every day.

It also went deeper, examining Statistics Canada data and school board participation rates, and holding two focus groups to paint a picture of physical activity across different sectors of the young population.

Get Active also convened a focus group of older women who spoke English as a second language. They identified challenges to fitness that lay outside of the school system, such as the obligations toward the family at home and the cost of activities. Furthermore, these women said they would prefer if programs were designed for the whole family rather than for the individual.

"We need more research on understanding newcomer populations and how to remove barriers of access," Ms. Delaney said.

Only 4 per cent of girls between the ages of 6 and 19 get 60 minutes of exercise a day, compared with 9 per cent of boys, the study found.

But getting more girls on the field isn't as simple as creating more female teams: Many girls polled during a focus group run at York University said they preferred co-ed sports to gender-based teams.

Less than 10 per cent of high-school-level athletics are currently co-ed. A focus group of 15- to 17-year-olds also said the level of expertise of the coach played a role in their commitment.

"A teacher who was teaching baseball is limited by their own knowledge of the sport and they're not baseball coaches, whereas a baseball coach in a team environment would be able to really assess every individual player," Ms. Delaney said.

A map of fitness activity levels across Toronto shows the lowest are concentrated in the northeast and northwest corners of the city, over several of Toronto's less affluent neighbourhoods. The study also found that children with at least one working professional parent are more likely to participate in sports.

"You'll find an almost perfect correspondence between many other issues in addition to physical activity," said Dennis Raphael, a professor at York University's school of health policy and management. "The long and short of it is you want people to be physically active, you want them to be engaged in their communities and you want there to be public policy that supports all of this."

Walking and biking to school is an important source of exercise for children, but activity varies widely based on proximity to school.

Among elementary-school pupils who live within a kilometre of school, more than three-quarters walk there or back, the study found. This participation rate dropped dramatically, to less than a third, for those living between one and two kilometres away.

The report found that most Toronto households own at least one bike, but most children still don't get enough exercise.

"Owning a bike tends to make you more physically active," Ms. Delaney said, "but if you live in a priority neighbourhood and you have a bike, you may not have the opportunity to use it, or it may not feel safe to use it." Can nine-year-olds really decide whether learning French is beneficial?
April 29, 2011 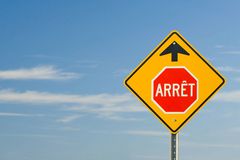 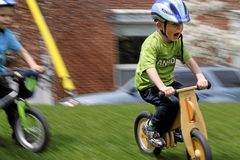