It's never been legal for Gurmeet Gakhal to set off fireworks at his house in Brampton on Diwali, the festival of lights celebrated by Hindus, Sikhs and Jains, but he's done it anyway every one of the 26 years he's lived in the Southern Ontario city. At first he'd shoot off colourful, sparkling plumes into the sky from his driveway to celebrate, but in recent years he has scaled down to more modest ground spinners and sparkler fountains out of fear he might set a neighbour's house aflame.

"These big patakas," he said, referring to the Hindi word for fireworks, "they're dangerous. We don't buy them."

On Wednesday and Thursday, Brampton's skies will become the canvas for this annual celebration, but also the source of tension between revellers and those who live next door to them. While the city received only 46 complaint calls about fireworks set off on Canada Day last year, it received 281 about Diwali fireworks – up 86 per cent from 2012.

"I think that this fireworks issue is a bit of a clash of the cultures here," says John Sprovieri, a regional councillor.

One in three Bramptonians identify themselves as either Sikh or Hindu, according to the 2011 National Household Survey, compared with one in six a decade earlier. While Brampton allows for Diwali fireworks, growing South Asian populations in other parts of the Greater Toronto Area, Vancouver and Burnaby, B.C., have prompted debate over whether bylaws should be amended to allow for fireworks in those areas on Diwali, too.

This is the first year the rapidly expanding Town of Milton is allowing fireworks to be discharged on Diwali, a move that came after members of the Hindu, Sikh and Jain populations approached councillors with the pitch. In Vancouver, personal fireworks are permitted only on Halloween but the city is considering allowing them on Diwali as well as Chinese New Year and Vaisakhi, a Sikh holiday. Brampton has allowed Diwali fireworks since 2006 for people who live on wide lots, but this year introduced a new system where individuals must apply for permits to discharge fireworks on their property – an attempt to appease residents who are opposed to the pyrotechnic displays.

While the 2006 amendment was a symbolic tip of the hat to a group of the city's religious minorities, the new permit rule makes it nearly impossible for residents to use fireworks legally.

At one of the pop-up locations of Phatboy Fireworks in South Brampton – a children's clothing store with several temporary shelves of Roman candles and multi-shot firework "cakes" at the front – supervisor Surjit Chokar is required to give customers flyers produced by the city that specify that fireworks can be discharged only on lots that are at least 18 metres wide. The city received 675 applications for Diwali fireworks permits this year, only 88 of which were approved. Most applications were rejected because residents' lots didn't meet the width requirement, a city spokesperson said.

"I didn't agree to that part of the bylaw at all," Mr. Sprovieri said, referring to the 18-metre rule. "I thought that was a ridiculous number and it didn't give all the people an equal opportunity to enjoy all festivities."

Revellers looking to celebrate in bigger spaces are also out of luck: fireworks are banned on streets, sidewalks, school yards and parks. But at Mr. Chokar's store, learning the fine print of the bylaw hasn't deterred residents from carrying on with their purchases.

"They're not scared, either," he said. "Most of the time people call, the police come. But they just give you a warning, they don't give you a ticket. Because they know everyone's doing it."

Before it became legal to sell Diwali fireworks, residents simply bought them from those who were selling them illegally in ethnic supermarkets, video stores and off the backs of trucks.

Despite the massive volume of complaints the city receives, only four people were charged last Diwali for fireworks bylaw infractions. And while the city spent eight times as much money on fireworks patrols on Diwali in 2013 as it did on Victoria Day, total expenditure still only amounted to $16,116.

The perceived lack of teeth on the bylaw frustrates Vee Papadimos, who campaigned in 2011 for an all-out ban on personal fireworks. That year on Diwali, Mr. Papadimos's front door was hit by a neighbour's firework. Beyond personal safety, the use of fireworks – particularly on Diwali – also brings late-night cacophony to residential neighbourhoods and leaves behind a trail of garbage in the morning, Mr. Papadimos said.

"Why does it happen on Diwali and why does it not happen on Canada Day?" he asked. "It seems that – and again, not being biased and prejudiced – it's basically, 'It's my culture, it's my scene, it's my time to celebrate. I will do whatever the hell I want and it's too bad and you have to deal with it.'"

City Councillor Vicky Dhillon said the bylaw is still under review by the city and he hopes it will be changed to allow for fireworks to be set off in designated parks, which would solve some of the issues over safety and garbage. As for opponents' attitudes, he hopes they will evolve over time.

"This always happens when any new community grows and they try to do their religious services and their cultural services," Mr. Dhillon said. "The other communities that have been living here for long, they always panic." 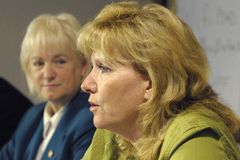 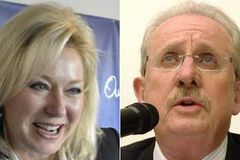 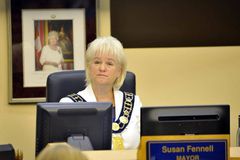