Doug was supposed to be the smart one. In the early days of the Ford administration at city hall, many people thought that Doug Ford would be the mastermind of the outfit, the steadying influence on his wayward, loose-lipped brother. As things turned out, it was Doug, not Rob, who emerged as the loose cannon on the deck.

It was Doug who tried to unravel years of waterfront planning by cooking up a proposal to put a monorail, a sail-in hotel and the world's biggest Ferris wheel on the Port Lands. The idea blew up in his face, stirring up community opposition and dealing the Fords one of their early defeats at city council.

It was Doug who set off chuckles across the country when he lambasted Margaret Atwood for opposing suggested library cuts. If he saw her walking down the street, he said, he wouldn't have a clue who she was.

It was Doug who led the Fords' vindictive war on the media, calling them "sucky little kids" who "lie through their teeth" and, later, a "bunch of pricks." He said he didn't mean to offend anybody.

It was Doug who spearheaded the attempt to discredit Bill Blair after the chief revealed that police had a copy of the famous crack video. Chief Blair, he claimed, "wanted to go out and put a political bullet right between the mayor's eyes."

It was Doug who, frustrated at opposition on city council, called for a change in the law to give the mayor veto power. Even Rob didn't think that was necessary.

It was Doug who was witnessed handing out $20 bills to residents at a housing project, so they could "go buy themselves a coffee."

And now he wants to be mayor? His backers seem to believe that Doug can win votes by posing as the more disciplined Ford, the one who can carry on the Ford agenda without the scandals. But while he may not have the personal issues that have bedevilled the mayor, in public he is, if anything, the less disciplined Ford, given to public tirades and fits of anger.

On the Fords' radio show, now off the air, it was Rob who often laughed off his brother's wilder diatribes, accusing him of getting them in trouble. Doug was the Ford who, after an exchange with another councillor in the council chamber, let fly with, "You just don't get anywhere with these monkeys." Imagine how a man with diplomatic skills like that would work with the new city council elected on Oct. 27.

Rob at least knew how city hall worked, in his fashion. After 10 years as a city councillor before becoming mayor, he absorbed the basics of rules and procedures.

Doug never quite seemed to get it. A half-interested city councillor, he often seemed confused by what was happening on the council floor. Many times, he found himself alone along with his brother in kamikaze votes that left them the only two against the majority.

Only a short time ago, he was saying he was done with city politics. Now, with his brother in hospital and out of the race, he is running for the top job. Electing him and setting up a Ford dynasty would make Toronto a laughing stock all over again.

Doug Ford promises to enter the race in earnest soon, after taking a pause to attend to his ailing brother. Voters will get a closer look at him then. But nothing in his career as city councillor indicates that the "smart Ford" would be an improvement on his younger brother.

‘The Ford era has to come to an end,’ Tory says during Sunday debate
September 14, 2014 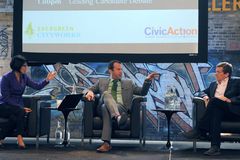 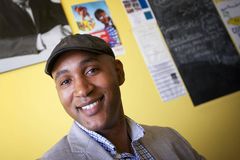 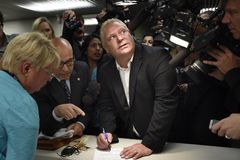 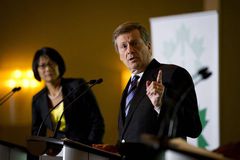 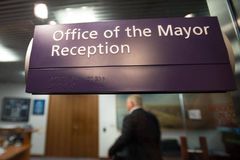