A long-simmering battle between Toronto's head of police and the family of its mayor has erupted into a full legal fight after Chief Bill Blair served Councillor Doug Ford with a notice of defamation.

The chief has avoided responding directly to nearly a year of attacks from the mayor and his brother ever since he announced that police have a copy of a video alleged to show Mayor Rob Ford smoking crack cocaine. But he broke that silence this month, accusing Councillor Ford of "lying" for suggesting the chief deliberately leaked details of an investigation involving the mayor. And now, the chief has launched legal action.

"Chief Blair said in his statement that he was prepared to take legal action, and he has," Toronto Police spokesman Mr. Pugash confirmed, saying the councillor was served late Monday afternoon.

The legal action marks the latest escalation of an extraordinary saga that has been building between the head of police and chief magistrate of Canada's largest city.

As their once-friendly relationship became increasingly strained – including Doug Ford calling on Chief Blair to resign – the chief and the mayor were rarely seen together at public events, and Chief Blair regularly declined to respond to reporters' questions regarding the mayor.

The notice asks for a full retraction from Councillor Ford for implying the chief leaked information as "payback" when the Toronto Police Services Board decided not to renew his contract. It also asks for a public apology "in a manner agreed to by the Chief beforehand."

The councillor appeared unfazed on Tuesday, telling reporters, "I'm shakin' in my boots right now. Can you see it?"

And while he refused to say whether he will apologize, saying "it's with my lawyers," he did question who was paying the legal cost. "Is he getting a freebie from one of his lawyer buddies?" he asked. "It's not a fair fight." He also questioned Mr. Pugash's role: "Mark Pugash is a paid employee of the city is he not? He's using taxpayers' money to have a spokesman."

Mr. Pugash said Chief Blair is paying for legal costs out of his own pocket, and that it "does not involve taxpayers' money."

Mayor Ford, meanwhile, held a press conference on Tuesday at which he was asked about the legal action. "That's between my brother and Chief Blair," the mayor said.

The notice of defamation comes after the councillor suggested earlier this month that the chief leaked news that the mayor was about to receive a subpoena in the extortion case involving his former friend and driver Alessandro (Sandro) Lisi. Mr. Lisi is accused of making threats to obtain a copy of the purported crack video.

Councillor Ford told media the news was leaked as "payback" when the chief was not given a third term.

Shortly after, the chief issued a statement: "Doug Ford is lying and I am prepared to take legal action."

When asked on Tuesday, the mayor said he has not yet received a subpoena.

In October, Chief Blair announced that police had a copy of the video alleged to show the mayor smoking crack, and said he was "disappointed."

Councillor Ford called on the chief to resign over that comment, and submitted a complaint against him with the Office of the Independent Police Review Director.

And when news surfaced that Mayor Ford is the target of a Toronto Police investigation, the mayor dismissed it, calling Chief Blair "political," and daring him to "arrest me."

Several of the Fords' colleagues at city hall applauded the chief.

Councillor Paula Fletcher said Doug Ford's comments showed "a terrible lack of respect for the Toronto Police Service," and that the councillor should apologize to the chief.

Councillor Joe Mihevc said "Doug Ford is noted here for not speaking accurately … he's bitten the tiger on the tail, and the tiger's going to bite him back. So I say all power to the chief. He's finally told the bully off, and he's going to have to account for it."

With a report from Anqi Shen 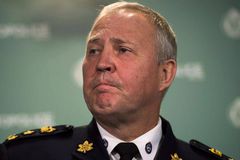 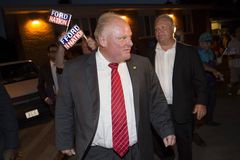 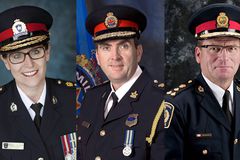 Board's refusal to say why it's forcing out Police Chief Blair is absurd
July 31, 2014 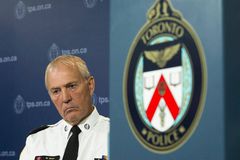 Toronto’s next police chief could be from outside Canada
August 1, 2014 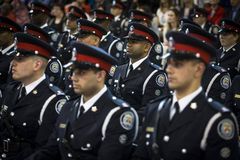 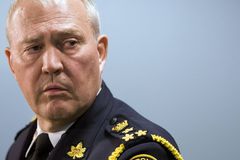